By Zhanna Shayakhmetova in Nation on 19 September 2018

ASTANA – ORTA Centre for Universal Arts will present the techno-performance “Svetoprestavleniye Sergey Kalmykov” on Oct. 6, 7, 9 and 10 in Almaty. The play was the headliner this year at the New Drama Festival in Moscow’s Meyerhold Centre. 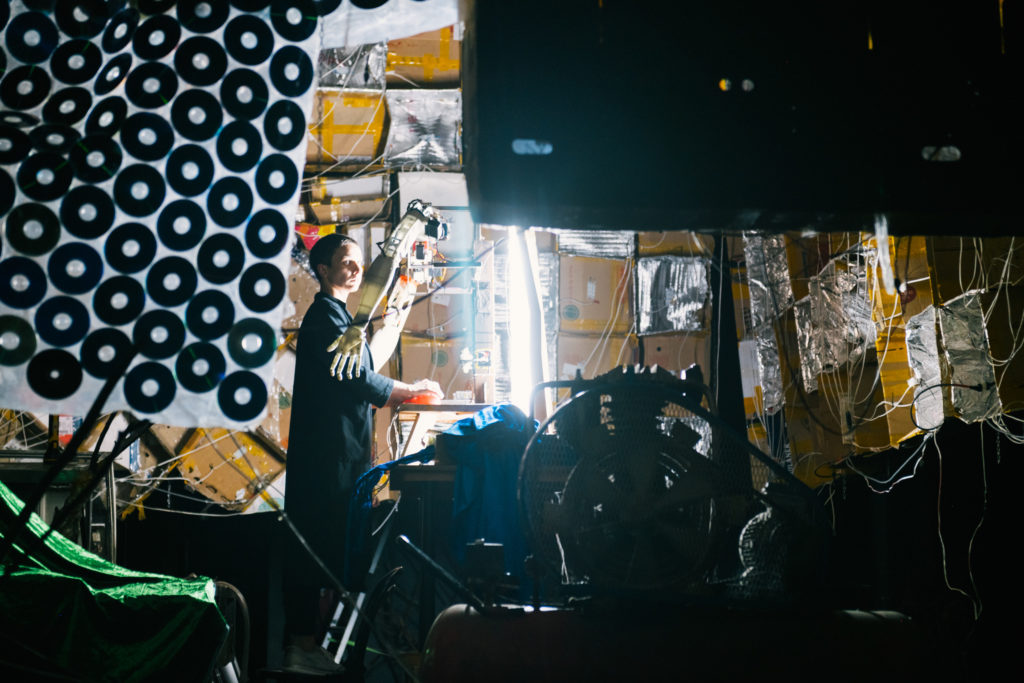 The Astana Times spoke with centre founder Rustem Begenov to learn about the production and its main theme.

After years of working in Moscow theatres, the stage director and producer released the pop-mechanical play “Medea. Material” in 2016. As Kazakhstan’s first multidimensional theatre project, it received numerous reviews in the media, was part of the New European Festival in Moscow and nominated for the Sergey Kuryokhin Prize grand prix in St. Petersburg.

The production tells the tragic and crazy life of avant-garde artist Sergey Kalmykov, who moved to Almaty in the 1930s and died alone in poverty in a psychiatric clinic in 1967. 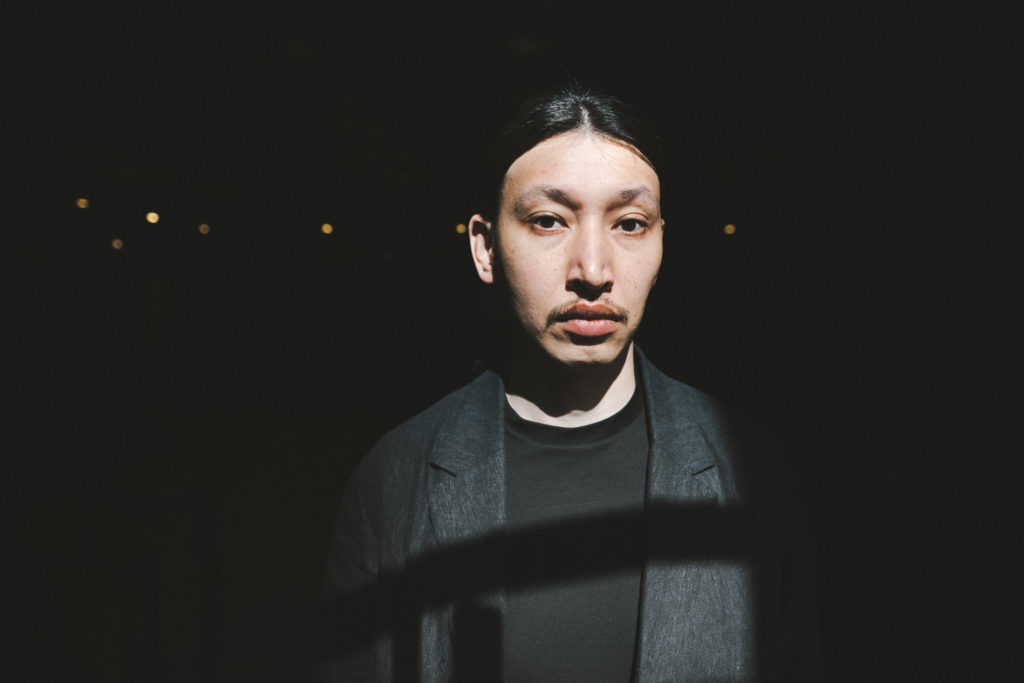 “When we staged this play in Moscow, our artist and my great friend Alexander Bakanov turned the Meyerhold Centre into a total installation. The atmosphere was really special. Spectators were welcomed with kurt (salty balls made from dried cow’s milk) and followed all the instructions of our actress Alexandra Morozova. They also participated in a show and walked through all the boxes and items. The audience thanked us. They never experienced such kind of show. They were glad to learn about the amazing artist and last avant-gardist Sergey Kalmykov,” said Begenov.

He noted mental health is the main theme of the project. Kalmykov led an eccentric life, constantly talking about the future, art, other worlds and trips with Leonardo da Vinci. Only shortly before his death from exhaustion did his doctor record the paranoid nonsense and today many researchers believe he suffered from schizophrenia.

“People know so little about mental illness, including clinical depression and bipolar disorder. A year ago, my wife, actress Alexandra Morozova, was diagnosed with bipolar affective disorder. Up to that moment she was suffering almost all her life, not knowing about this disease and how it can be treated. Treating depression should start with seeing the doctor. Positive thoughts and a vacation by the sea are not enough sometimes,” he said.

The centre, in collaboration with the Vlast news website, also organised the public discussion, Madness and Art, in May. Critics, philosophers, psychiatrists and artists spoke about creativity and mental health, the nature of genius and why mental illnesses are considered shameful in society.

The centre works in two main directions, creating its own interdisciplinary productions and launching projects related to the local cultural environment. 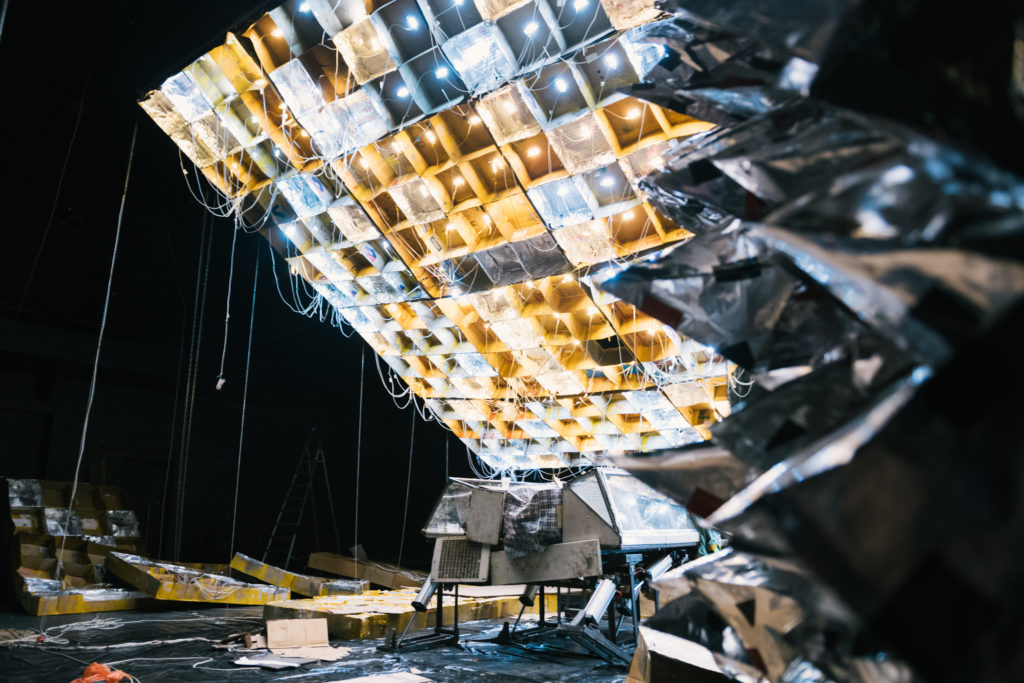 “We believe that networking with the most outstanding artists of our time is one of the most effective ways of transforming the cultural environment,” said Begenov.

In collaboration with Goethe-Institute Kazakhstan and its director Eva Schmidt, the centre invited German director and composer Heiner Goebbels to Almaty. His best performances were presented prior to his arrival.

“People watched the performances with great interest and attended the lectures. Despite the novelty of the form and lack of a narrative and a message, Goebbels’s performances are understandable and emotional,” he said.

The company’s main mission is to bring together artists and professionals from different fields and countries to search for new art forms.

“I noticed that our audience is also ready to avoid formats. ORTA centre is not an ordinary theatre. We do not have a permanent actors’ company and a venue to stage performances. ORTA is rather an independent creative company. If we like the project, we are looking for the possibilities of its implementation. We are motivated by creative impulse and a desire to make a project. An idea is of paramount importance and its implementation is the next thing. It is difficult to create art performances by order,” he said.

Begenov spoke about cooperating with American Tommy Simpson, who served as the composer and sound designer for the recent project. 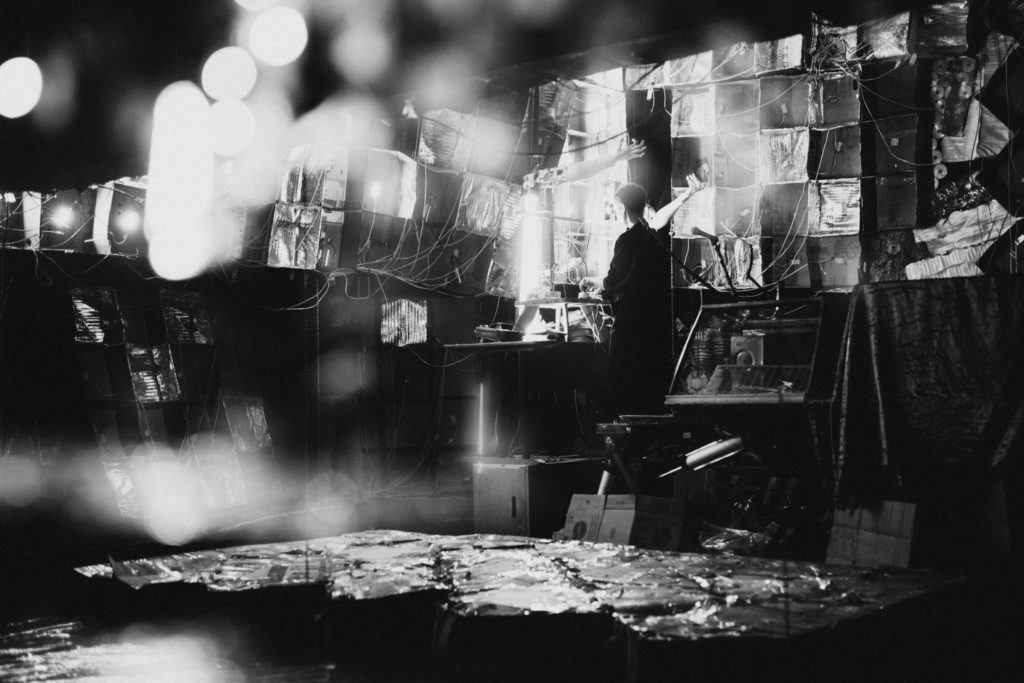 “I like his music very much and the way he treats the sounds. I shared an idea about the project with him and he agreed to collaborate. We have many common interests, similar views on art. He helped to create the musical part of the show. His music was created in our dialogues about the meaning of the text, the actions of the actress and the visual images of the play and then this music again influenced the scenes, visual solutions and actress’ existence on stage. It was a fascinating process full of pure creativity, which led to a remarkable and unexpected result,” he added.

“It has been a freeing experience for myself through the music, but also reflects the process of creating this piece for all involved. It’s been a journey into the creative unknown and I’ve had the opportunity to experiment and discover new ways of harmonising sound which resonates in me. Even though we are all individuals, we’re also all on the same journey through life; things resonant in one can resonate in all and my hope is to bring people along on this strange dream that I’ve been living since joining this project,” he wrote.