Governance in Kazakhstan: improvements but could do better

The World Bank Group has just published the latest governance indicators including how well Kazakhstan is performing. The picture over a 10-year period is a mixed bag. It shows that Kazakhstan has made significant improvements in government effectiveness which measures the quality of public services and improved capacity of the civil service. It also shows a marginal improvement in the control of corruption although progress is very limited given the time period involved. Finally, the latest figures show that voice and accountability, which measures freedom of expression, freedom of association, and a free media has become marginally worse over the decade. 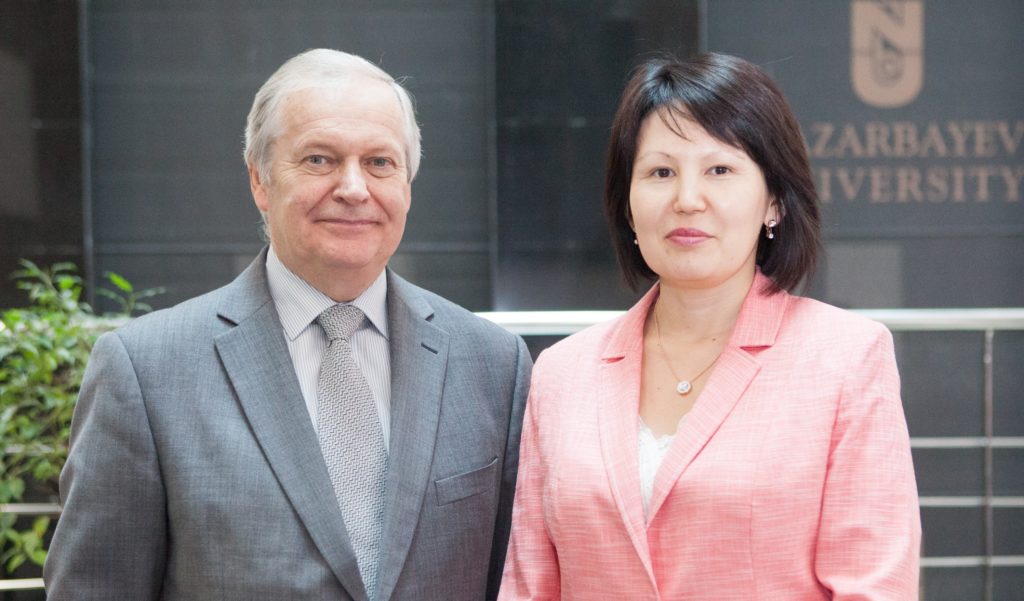 An upward trend in government effectiveness is hugely commendable and Kazakhstan has worked hard to improve public services through electronic government and one-stop-shops. But there is much more that can be done. We suggest the following 5 concurrent key steps broadly under the theme of Open Government. 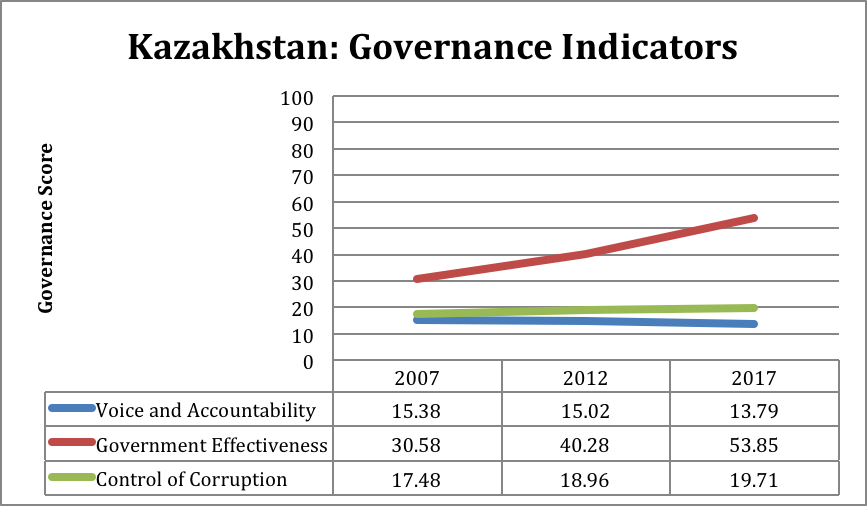 Step 2: More inclusive decision-making. Despite the best intentions of the Kazakhstan Government to promote inclusion through measures like Open Legislation, Open Dialogue and Open Budgets, often the implementing bodies see these as a means of disseminating information rather than a genuine attempt to secure a two-way engagement with citizens.

Step 3: Access to information and freedom of the press. The law ostensibly improves journalists’ rights to receive information from government through oral and written requests. These legal obligations on the part of government bodies are often frustrated through delays, officialdom and tacit resistance by officials. Journalists, for example, must now seek consent from any legal person to disseminate personal, family, medical, banking, commercial and other sensitive information in the media. Under these terms any unethical and corrupt behaviour of civil servants can be potentially hidden. With press restrictions, there has therefore been a huge growth in the use of social media as a way of citizens expressing their voice through this alternative platform.

Step 4: Access to Public Services.  The growth in e-government has clearly been a successful development limiting opportunities for citizens-to-officials transactions and hence lowering the propensity for corruption. But so much more could be done beyond digitisation in those public services that cannot be conducted on-line. Services such as education, health and social welfare still require effective and well-trained officials. To some extent the surge towards digital services has eclipsed the need to improve services fundamental to improving the lives of Kazakh citizens.

Step 5: More effective anti-corruption measures. There are multiple laws and interventions aimed at tackling corruption in Kazakhstan. The metrics would suggest they have had limited impact to date. As one example, the recent introduction of ethics commissioners aimed at improving standards in public life is fraught with implementation difficulties. They have been appointed from within the ranks of the civil service and many of their superiors do not want cases of unethical behaviour or corruption exposed in their ministries. The job of commissioners has also been denigrated to one of whistle-blowers in a system where loyalty and patronage are highly valued. In short, like several other anti-corruption measures, this initiative is doomed to fail.

These five steps could form the basis of a formal Open Government Partnership (https://www.opengovpartnership.org) which brings together government reformers and civil society leaders to create action plans that make governments more inclusive, responsive and accountable.

Open Government and other topics will be discussed at conference held in Nazarbayev University, Graduate School of Public Policy, Astana, on October 5-6. All welcome to attend.

The authors are professor and assistant professor, respectively, at the Graduate School of Public Policy, Nazarbayev University.