By Anuar Abdrakhmanov in Sports on 18 September 2018 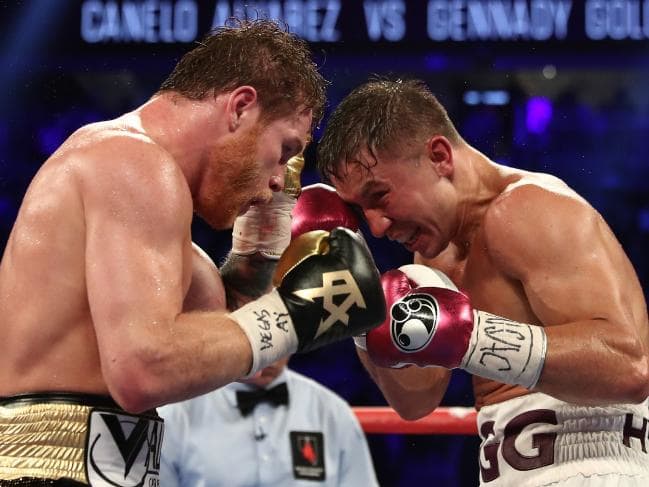 “I’m not going to say who won tonight, because the victory belongs to Canelo according to the judges. I thought that the supporters witnessed a good bout. I thought I fought better than he did. It was a bout between the two champions. I feel good. I have a small cut. I am a boxer and do my job. As for a third fight, of course, I would like to have it and think everyone does,” Golovkin told reporters after the bout at the T-Mobile Arena in Las Vegas.

Most of the rounds were close, but Alvarez appeared to land more upper body blows and was better able to defend and counter punch than in the previous fight a year ago which ended in a draw. Golovkin’s trainers urged the Kazakh to try to knock out Alverez, but ultimately Golovkin was never able to land a deciding blow.

“Golovkin is a strong boxer and showed a good bout,” the Mexican boxer said. “But I was stronger. Thanks to everyone for believing in me. Thanks to my team for a good job. Now I am to enjoy the moment, the victory is for my supporters and Mexico,” he added.

The rematch had been planned for May 5 but was delayed after Alvarez tested positive for the banned substance clenbuterol.

While Golovkin mentioned the possibility of a rematch to reporters after the bout, Golovkin’s coach Abel Sanchez said the boxer has had an intense schedule and will not fight again in 2018.