ASTANA – Parents in Astana now have more educational options for their kids, as the first Montessori school in Kazakhstan opened in the capital welcoming first ten students aged 6-9. 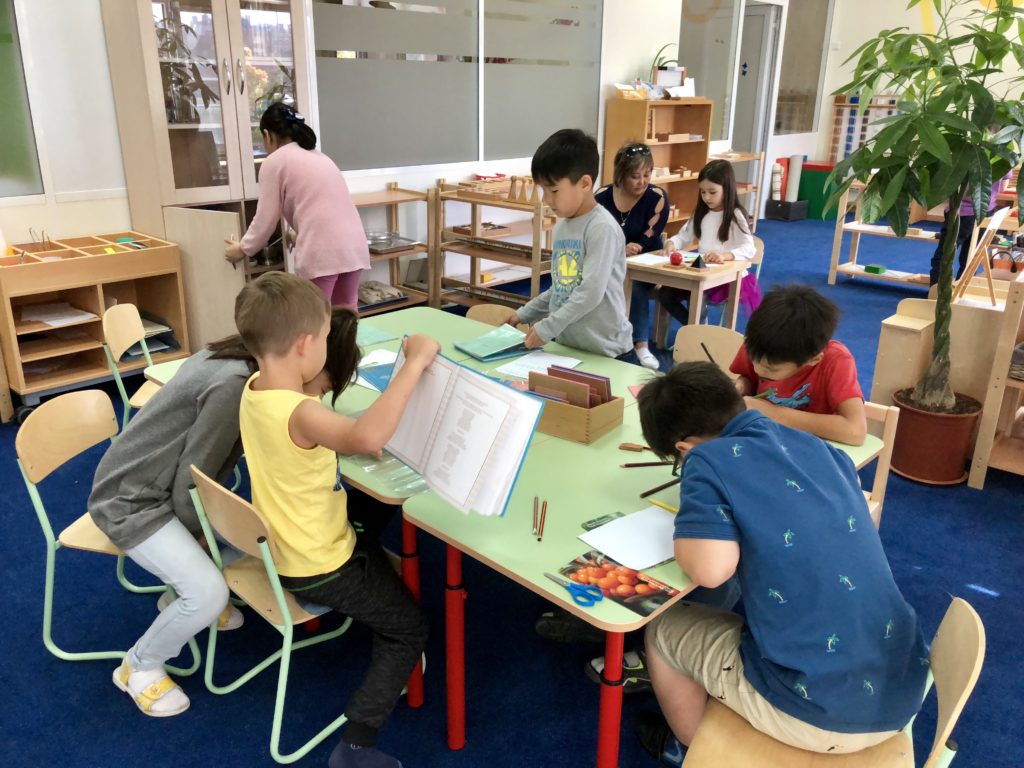 The child-centred educational approach developed by Maria Montessori in 1897 is one of the world’s most popular educational methods and it has gained increasing popularity in Kazakhstan over the years.

The method nurtures child’s natural interest to knowledge and allows them to learn at their own pace and discover their potential within a supportive and prepared learning environment.

Head of the school Leila Mukasheva, who is also a paediatrician, opened a Montessori centre, though not a school, in Astana in 2006.

“I learned about this method in 2006. It will be almost 13 years this year. At that time there was shortage of kindergartens in Astana as you may know. My child was two years old at that time and I realised that I was not satisfied with kindergartens and I decided to take responsibility. I became interested [in the topic]. When I heard about Montessori and her also being a paediatrician, I started studying this topic,” Mukasheva told The Astana Times.

“At that time, there was a centre (though not a complete school) in Almaty. I travelled there, met people and started studying in Russia. One of my coaches was from the Netherlands,” she said.

Mukasheva noted few people were aware of the method back then.

“Some even called us a sect, because something strange, they said, was happening there. Mothers with their children were coming and going always happy,” she added.

Over the years, the centre welcomed more than 1,000 children.

“We had eight cohorts and we understood we needed to open a school,” she added. 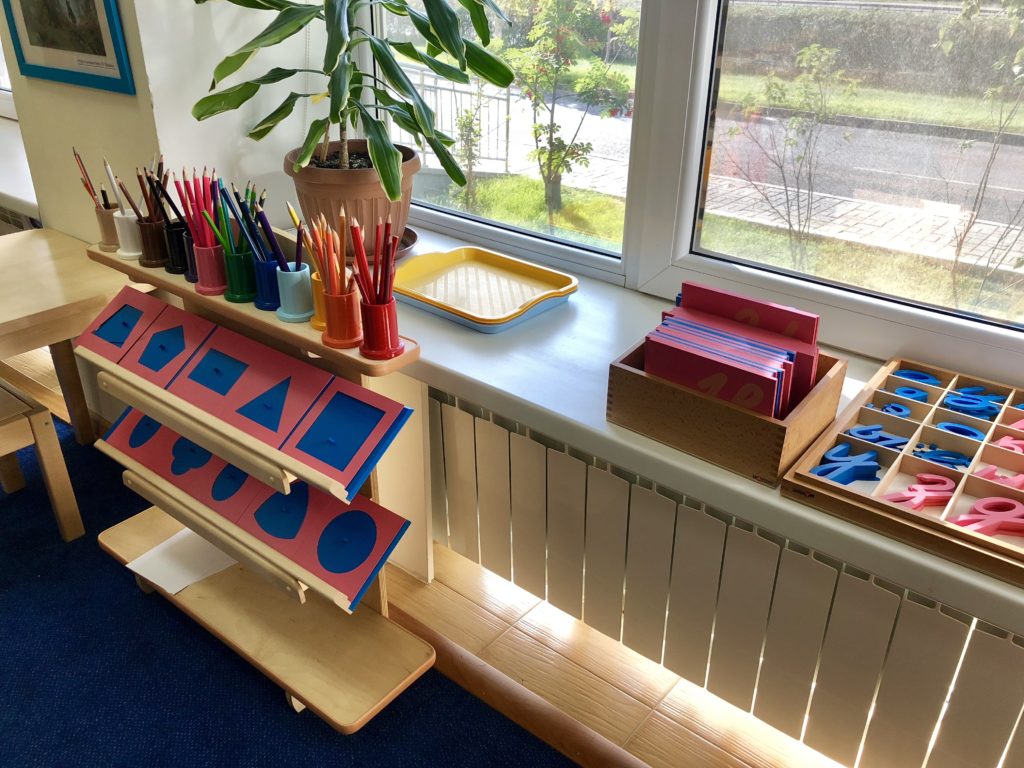 The school and the centre follows core concepts of the Montessori system, including multi-age groups, where younger children learn from older children and older reinforce their skills, uninterrupted work time and special Montessori learning materials.

Mukasheva noted the demand is growing.

“There are more mothers now who lived abroad and saw what Montessori system means. For instance, it is common in the West when there is a choice in children’s development methods and options. They come here and they are surprised at Montessori centres working in Kazakhstan,” said Mukasheva.

Choosing Montessori system, however, is not driven by a trend, rather by a “conscious decision” of parents.

“The deciding factor for us is the understanding on behalf of parents. We are always open and transparent about what we are doing. If we see that parents care more about grades and such external success and they want to make their children wonder kids, then it is not for us. We are not able to know what these children represent and perhaps they do not need it,” she said.

“We plan to accompany children until 12 years old. We do not seek to prepare them to a traditional classroom, but to a real life. It is a big difference,” she said. 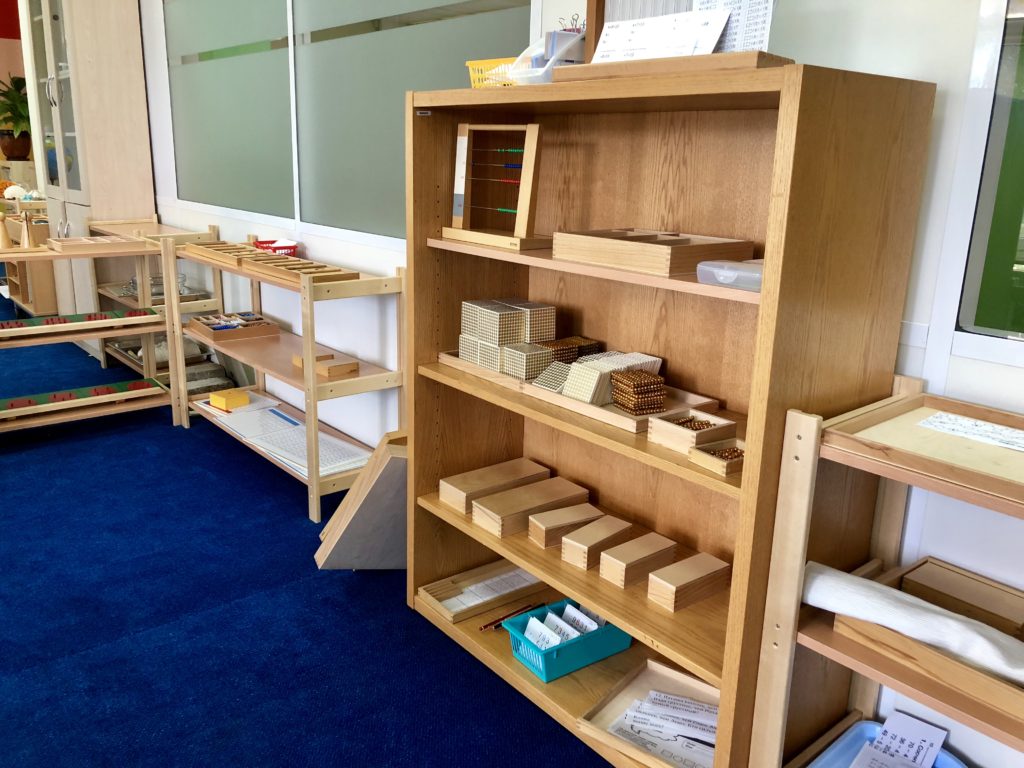 The day at the Montessori school starts at 8:30 a.m. with children preparing breakfast on their own and lasts until 5 p.m.

Unlike traditional schools, biology, geography and history is taught from the first grade to meet children’s increasing hunger for knowledge, particularly high at this age, according to Mukasheva.

The classes last three hours, where children enjoy freedom within the limits, among core Montessori concepts. Teachers, who are trained and have experience in Montessori style system, guide children throughout the process.

Children also learn Kazakh and English languages, art and music in the second half of the day.

The goal, she noted, is to let children to “live through the process.”

The emphasis is not on textbooks or grades, rather meeting children’s curiosity and interest to learning and allowing children to learn at their own pace, as traditional curriculum that sets a certain pace constraints children’s development resulting in many disappointments for them.

“Such children who lack concentration and attentive observation, when they reach sixth grade, they lose their interest to learning. Their performance is worsening. The curriculum becomes more complicated and he or she is not able to grasp it, not because he or she is not that smart, but because the pace is not theirs,” she said. 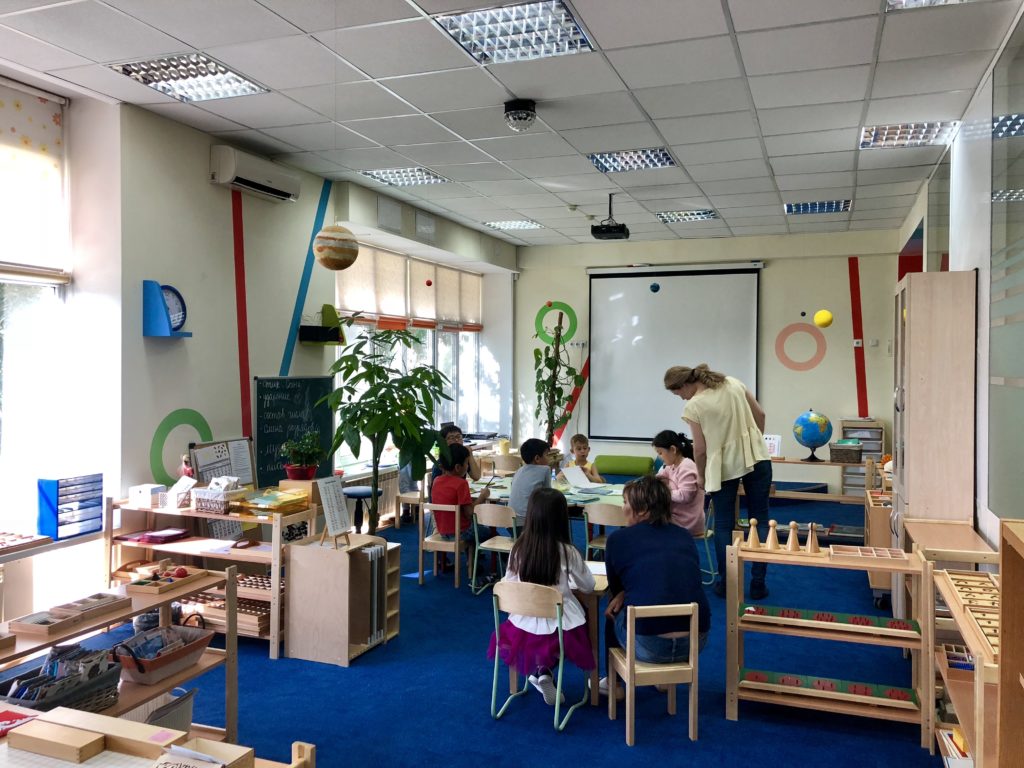 Though the popularity of the educational approach is growing, it is not supposed to draw big numbers, said Mukasheva.

“Montessori system is not for everyone. It is a decision of parents who recognise that the world is different and want their children understand where they are living, be committed to his or her principles and do not surrender to life and system,” she said.

She compared children to a blank list that entails a “significant responsibility” and noted children’s independence is what amazes her most.

“This probably is the most attractive part for me. I understand that no matter how I educate my children, we still live in one society. If you want to change something, we need to start from children. If they are surrounded by love, attention and understanding, they will grow as confident people capable to change,” she said.