ASTANA – In Uralsk, 1,700 dombra players recently played simultaneously Kurmangazy’s works at the square of the First President and set a record. The action was dedicated to the 200th anniversary of the great Kazakh composer and kuishi, the author of instrumental pieces. 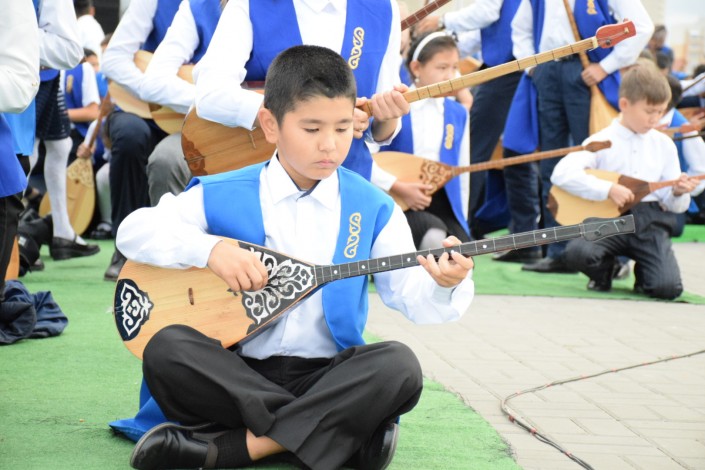 “The Kazakh people are proud of the world-famous poetry of Abai, Zhambyl and Kurmangazy. The composer’s works reflect his worries about the future of Kazakh nation. For example, he dedicated his popular kui called Kishkentai to the fighter for freedom and independence of the people Issatai Taimanov,” Akim (Governor) of the West Kazakhstan region Altai Kulginov said.

Kurmangazy’s mausoleum was opened in 1997. Recently President Nursultan Nazarbayev announced the first Sunday of July as Dombyra Day. All of these endeavours are dedicated to the 200th anniversary of Kurmangazy,” he added.

The representatives of various ensembles, musical collectives, orchestras, students and pupils of schools and colleges gathered to implement the idea on the square, Tengrinews.kz reports. 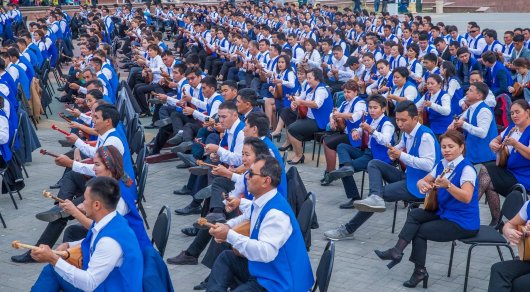 Among the participants were both professionals and amateurs. Among the performers, the youngest of whom was only four years old, were famous figures of culture and art, schoolchildren, students and pensioners. One of the oldest participants was Ulmeken Kuanova who is 80 years old.

The event participants performed two kuis of Kurmangazy – Adai and Balbyraun. In the end, the akim was given a certificate that confirmed that the event was included in the Kazakhstan records book.

By the initiative of Ministry of Culture and Sports, the celebration of the 200th anniversary of the birth of Kurmangazy was included in the list of anniversaries celebrated under UNESCO auspices.