By Aidana Yergaliyeva in Culture on 21 September 2018

ASTANA – Walt Disney’s Commonwealth of Independent States’ (CIS) office is enthusiastic about Kazakhstan’s draft law “On cinema” and plans to cooperate with the country by assisting filmmakers and the local dubbing industry, said the company’s Director General Marina Zhigalova-Ozkan during the Sept. 15 roundtable at the Almaty Film Festival’s business site.

The Disney delegation held a series of negotiations with Kazakh Minister of Culture and Sports Arystanbek Mukhamediuly and the Bolashak Corporate Fund during its visit to the capital on the eve of the festival’s Sept. 15 opening.

“This support is very important for us,” said Zhigalova-Ozkan, referring to the governmental bodies. “There are ideas for cooperation. Perhaps, it’s too early to say something… We are discussing different plans, and we are optimistic about the opportunities that exist in Kazakhstan.”

The company, along with other world-famous film studios such as Paramount Pictures, 20th Century Fox and Warner Bros, will be ready to cooperate closer with Kazakhstan once the Mazhilis (lower house of Parliament) passes the law, said Mukhamediuly. The draft will be introduced Sept. 19.

“That would increase the interest of cinemas to show films in Kazakh during prime time,” said Director Dinara Chaizhunusova. “This would be a good help for the Kazakh-speaking audience. This project contributes to the formation of a foreign cinema bank in the Kazakh language.”

Bolashak also discussed their ideas with Disney on ways it can help protect the rights of children with autism in receiving quality education.

With Bolashak’s direct engagement and support, 25 foreign films have been dubbed in Kazakh to date, most released by Disney. Dubbing a foreign film into Kazakh costs $150,000.

The nation’s dubbing industry has incorporated many improvements since Zhigalova-Ozkan’s  last visit in 2011.

“The first film we dubbed [in Kazakh] was ‘Cars.’ Back then [in 2011], it was not easy to find voices to train. There was no dubbing industry, no ready actors,” she said. 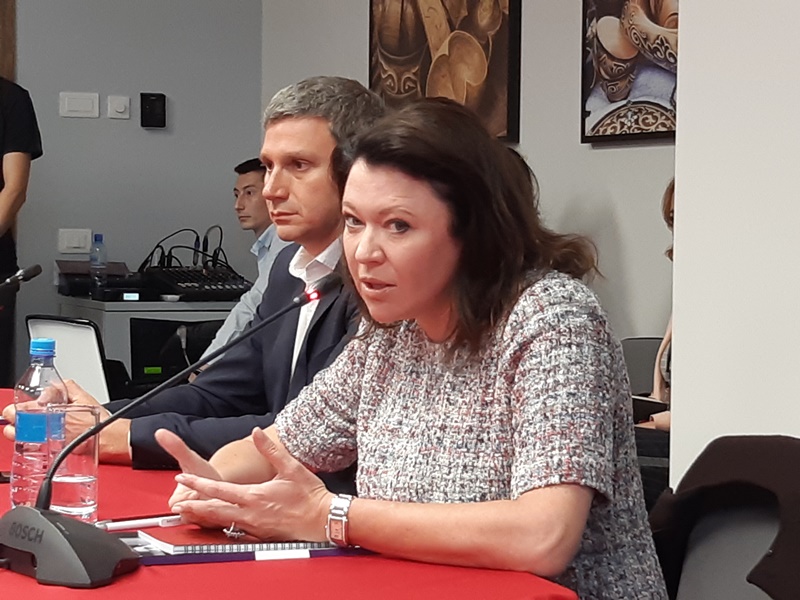 Kazakhstan now has two certified dubbing studios in Almaty and the capital and certain trained actors who can sing at a level equal to the text dubbing, she added.

The Kazakh-speaking audience will soon be able to enjoy the newest Disney films in their native language. The cartoon “Ralph vs. the Internet” will be released Nov. 22 and “The Nutcracker and the Four Realms” on Dec. 8.

Operating in Moscow for the last 12 years, Disney’s CIS office has become one of the leading developers of the Russian entertainment and media market, as well as running Disney’s innovation centre to produce its own films such as “The Last Warrior.” The CIS is also interested in reviewing films made in Kazakhstan with the possibility of distribution in Russian territory, said Zhigalova-Ozkan.