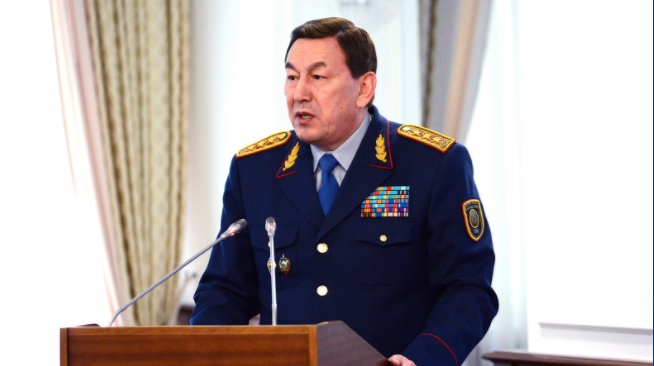 During the past ten years, 4,236 crimes involving the use of weapons were committed in the nation. Authorities purchased back and seized 60,000 pistols and one million cartridges for rifled weapons for 1.4 billion tenge (US$3.81 million) from 2012-2017 to address the problem. Forty-seven thousand of the 60,000 pistols were voluntarily surrendered.

“The amount paid is large, but it is ultimately worth the security that we provide. The number of crimes with firearms consequently fell by 30 percent,” said Kassymov.

Non-lethal weapon use was legal in Kazakhstan until 2014. Prior to the ban, 1,600 crimes involving the weapons’ use were committed, with 26 individuals killed and 92 cases in which victims suffered serious bodily injuries.

Non-lethal weapons, are those intended to be less deadly than conventional ones, .

“First, non-lethal weapons are similar in their characteristics to firearms. Used from a close range, such a weapon is essentially no different from a rifled one and may lead to grave consequences, even fatalities. Second, non-lethal weapons are increasingly used in disputes among youth. Third, these weapons may be concealed when worn and may thus be used almost anywhere. After considering these factors, we prohibited this type of weapon. The quantity of crimes involving non-lethal weapons consequently decreased by 87 percent,” said Kassymov.

He noted bans on carrying these weapons exist in Austria, China, Japan and Malaysia.

“We decided on a ban in our country because we do not see any necessity in the carrying of these weapons,” he added.