By Dilshat Zhussupova in Nation on 5 September 2018

ASTANA – Almaty Day, a celebration of the city, cannot be contained in one 24-hour period. More than 100 activities are scheduled Aug. 25-Sept. 30, with the main holiday slated for Sept. 16, the traditional third Sunday of the first month of autumn. 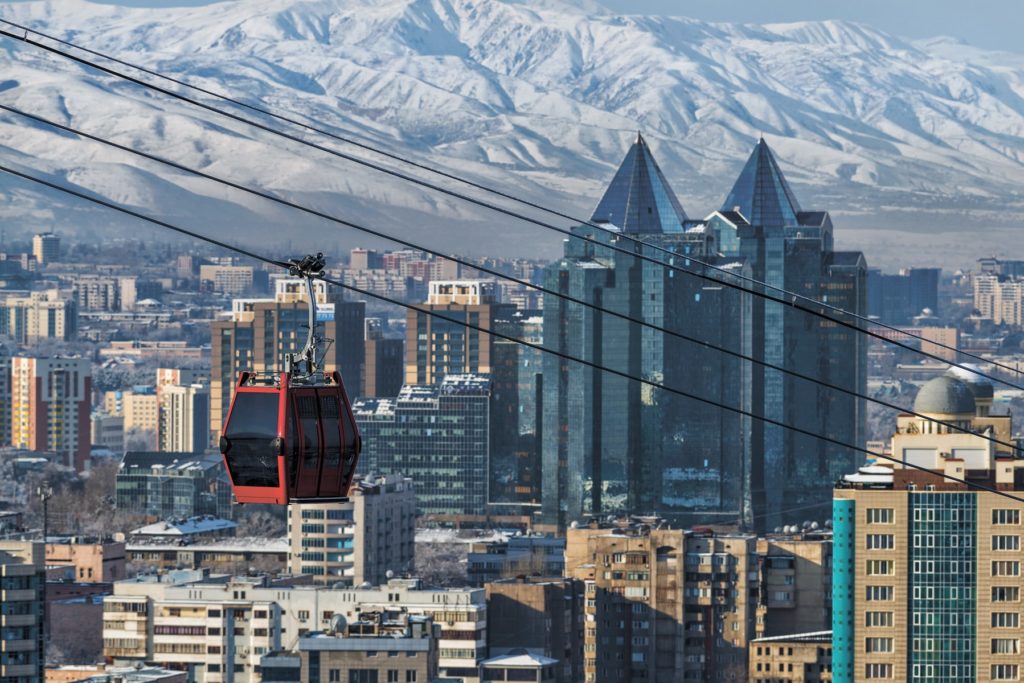 As the capital of Kazakhstan in 1929-1997, Almaty continues to be the country’s commercial and cultural centre and most populous city, hosting eight percent of the nation’s population.

Various festivals, concerts, exhibitions, contests and theatrical productions are being held at the city’s most iconic spots. The activities and events promise to capture everyone’s interests.

“Souvenir shops will be installed where visitors may buy t-shirts with prints from young artists and posters of Almaty scenery. Inside the parks, they may come across the new installation ‘On the wave of Almaty,’ created by up-and-coming and famous artists alike,” reported the akimat (city administration) press service. “Art installations will reflect the life, movement and development of the city. For example, each visitor will be able to write his or her wishes in the two-metre book ‘Almaty kitap,’ leaving their mark on the city’s history. An interactive installation ‘City colours’ will consist of four bicycles which may be pedalled to illuminate a variety of colours of a light-emitting diode (LED) apple installation.”

The region around the city is known as the fruit’s ancestral home and themed contests will include a culinary duel of apple dishes and pie eating contests. The apple festival ALMA FEST will be celebrated for the first time at Kok Tobe, Abai Square, Astana Square, Almaty Arena’s square, Panfilov Street, Zhibek Zholy Street, the Park of the First President and Central Park.

Group yoga, gymnastics and martial arts classes will satisfy those seeking a physically challenging way to spend their time. Thrill-seekers will have a chance to compete on scooters, skateboards and bicycle motocross (BMX) bikes. Courageous festival goers may try rodeo on an ox, football billiards, basketball duelling and pull-ups on a slippery bar.

The digital zone will immerse viewers in a virtual reality of bicycle orchestras, four-dimensional (4D) motion simulator rides and auto racing on stationary bicycles. Innovative installations will include three-dimensional (3D) art galleries, such as the interactive 3D Samsung art gallery Almaty for the People.

This year’s Almaty Day will hopefully go down in the history books.

“At the Park of the First President, a Guinness World Records record will be set Sept. 16. The creation of the longest kurak korpe (a traditional Kazakh patchwork quilt), which was first sewn during the Nauryz celebrations and to which Almaty residents and guests may contribute, will take place. Now, it will be presented as an endless ribbon, forming a wave in which the pulse of the city may be felt,” noted the press service.

The day’s main event will be the gala concert B-DAY PARTY, with a musical line-up including popular performers from Kazakhstan and abroad. The festivities will end with a spectacular 9 p.m. fireworks display at Astana Square.