By Abira Kuandyk in People on 14 September 2018

ASTANA — Paediatric orthopaedist and traumatologist Isamdum Haramov is a real saviour and hero who gives children a chance to live full and happy lives. His diligent hands correct physiological deformities in dozens of Kazakh youngsters every year. 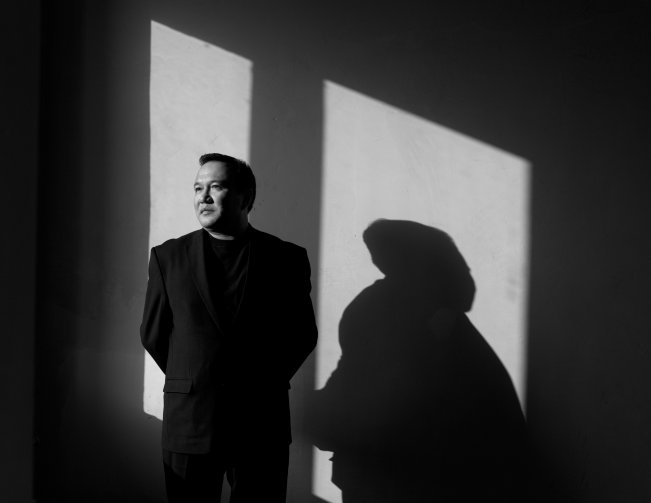 “Why did I become a doctor? Looking back, I think the main reason was my father’s illness. I learned about giving an injection when I studied in the fifth grade. My father’s sufferings have prompted me to pursue studies in medicine. I think every person who has put on a white coat works for the well-being and health of every Kazakh citizen,” he said.

He performs unique surgeries for children with severe forms of scoliosis. This type of surgery is not new for Kazakhstan, though before last year, it was only conducted in the capital.

“These are very complex surgeries lasting around three-four hours to seven-eight hours. In the course of this operation, a metal structure is installed which remains for a lifetime, unless rejection and pain emerge. Children are given a lengthy rehabilitation course after the operation; they cannot sit and receive home study,” said Haramov.

Introducing the operational aid at a university clinic in the southern part of the country was a real event. Parents and their children previously needed to travel for the surgery and its aftermath, an option not open to all.

Children with third-fourth degree scoliosis are surgery candidates, as it is the stage when the deformity begins to impact internal organs. The condition, which may be congenital or detected in youngsters age eight-nine, most frequently occurs in girls.

“These are truly unique operations that merit keen attention, resources, professionalism and experience. They are not only complex, but also costly operations. In addition to purchasing metal structures, a special tool is also needed,” he said.

The doctor’s merits have been repeatedly noted with various awards. He received the diploma of honour from the Ministry of Healthcare in 2005 and was bestowed with the Excellence in the Healthcare of Kazakhstan badge in 2012. Haramov also had been presented with the Asfendiyarov Kazakh National Medical University silver medal.