Scientists should go to farmers, not to officials, Kazakh vice minister says

The Kazakh Agriculture Ministry has adopted targeted farming, which proved itself in such countries as Australia and the United States and is applied in the European Union. Kazakh First Vice Minister of Agriculture Arman Evniyev spoke about new funding principles for agricultural science and research and production site tasks. 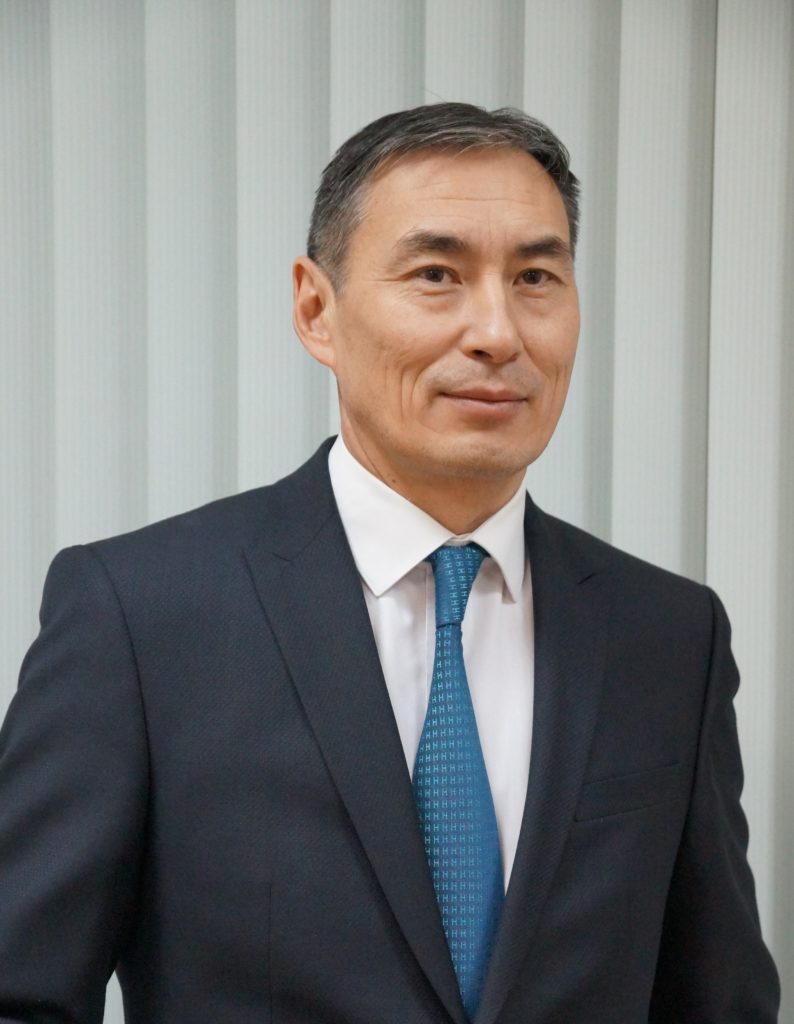 What’s the idea of this novelty?

Earlier our agricultural scientists and farmers went abroad to learn from other countries, but now Kazakhstan has three experimental demo sites of targeted farming: in Kaskelen Agropark, Almaty Oblast; in the village of Shortandy, Akmola Oblast and in Zarechnoye Household Farm, Kostanai Oblast.

The idea of these scientific agricultural sites is to simplify the life of an ordinary farmer as much as possible. Here they can see the fields, learn new seeding technology and try to operate new combine harvesters and tractors.

Business and science, as we see it, must be united. We specifically asked the scientists to talk not only about technology, but also about economy: how quickly the costs are recovered, how sensors and devices can bring benefits. It is important that new technologies and smart farms have a ripple effect on agriculture and Kazakh farmers not only get the energy from the acquired knowledge, but also serve as mentors to other farms.

The Agriculture Ministry has already presented the work of Kaskelen Agropark. On the Days of Field, we even had a demonstration of a John Deere unmanned combine harvester that aroused the great interest of the press. However, the main activity of the agropark – the application of new technologies to cultivate such popular crops as wheat and barley, soybeans and corn – in fact, remained in the shadows.

Meanwhile, on the territory of the facility, there are different varieties of spring barley, whose harvest exceeds 50 hundredweights per hectare and this is without irrigation!

As for soybeans, the Almaty test site presents many domestic and foreign varieties. For example, there is a local variety called swallow. The park developed a fairly high potential yield of this type of soybean – minimum 40 hundredweights per hectare. In terms of vegetation, we selected mid-ripening varieties, up to 110 days. The shortest vegetation is seen in foreign varieties, although in general the ripening difference is a week maximum.

Looking at the general background of the fields, you can tell the difference between varieties by flowers, leaves, form. For example, separately, the site presents the European selection of the cultivar Moon, imported from Italy. Its potential yield is 60 hundredweights per hectare. In our conditions, we are close to it. Traditionally, ours and European sowing systems are the same – you can sow until the third generation.

As for results on Italian soy, we have achieved the density of planting. Thanks to precision seeding, each plant does not compete with others and grows normally: blooming, no abortion, no suppression from the fact that there are not enough nutrients or moisture.

To form this density by an ordinary seeding machine, you must thoroughly sow an average of about 110 kilograms of seeds per hectare, but we only spend 75 kilos. The planting scheme allows any tractor to go to the field and perform the processing in standard mode. Exactly this method of planting gives maximum results. Besides, the rotary harvester can save up to a tonne of seeds on each hectare by thrashing.

Does the agropark create generation seeds or do you have to import them from abroad each time?

Crop residues, so called mulch, serve as material which is laid over future crop fields so that they can absorb the slightest rainfall. It makes an absolutely dry field without watering, covered with straw, full of earthworms underneath, i.e. the soil, despite the absence of targeted irrigation, is still an alive and breathing organism. Crop residues do not let soil become overheated and actively evaporate. Besides, the wind doesn’t blow them away.

Soybean and corn yields reach three tonnes with irrigation and without irrigation – about 1.7-1.8 tonnes per hectare, although profitability is the same. First, because we are increasing the efficiency of use of each hectare.

If grain turnover per hectare amounted to no more than 100,000 tenge (US$279.53), now it will be no less than 200,000 (US$559.06). Secondly, we can dramatically increase soybean production area in our region on non-irrigated lands, as well as corn, because corn and soybeans are complementary to each other in crop rotation.

By the way, Kaskelen Agropark presented new feed crops for livestock. These are sweet sorghum, sorghum-sudangrass hybrids and foxtail millet.

Does the Ministry plan to scale-up the test sites throughout Kazakhstan?

Yes, and engage students in this work. Because today the experimental sites actively use unmanned harvesters and drones and widely use x-rays of fields. The world is moving towards automation and digitisation and agriculture represents a huge green field in this sense.

Harvesters with parallel driving save costs and reduce fuel costs and total losses. Seeding and processing equipment and sprayers with computer vision reduce the number of people employed.

The Investment Subsidy Programme says that if farmers acquire technology and modern equipment, the state reimburses them 25 percent of costs. What other developments do we have in terms of agricultural financing?

Every year, you spend money on the same herbicides to handle solid ground and the consumption of these drugs can be reduced by 90 percent and the money saved can buy sprayers with computer vision. Thanks to photocells they can identify weeds, which greatly reduces costs.

Some companies in the northern regions have been applying this technology for several years. For example, the leadership of Atameken-Agro assures that in six or seven years with this technology, they have been able to cut costs by a third, losses by 25 percent and dramatically increase consolidated profit.

Today, funding of agricultural science is insufficient. Only 5.5 billion tenge (US$15.4 million) is allocated for 2018. This includes maintenance of 23 research institutions, salary of scientists and research and development projects. That is only 0.12 percent of the GDP from the agriculture of Kazakhstan! For comparison, countries with developed agriculture like Australia, Canada, France, Germany, the Netherlands and the United States provide standard financing for agroscience, which is normally from 1-3 percent of agricultural GDP.

Our agricultural science is often criticised for the considerable outflow of personnel. Youth does not seek to engage in research activities in the field of agriculture. But in order to reset the situation, this year we came up with the idea of creating technological experimental sites to signal our scientists that today the industry is changing, their work is in demand.

The government supported the proposal of the Ministry and additionally allocated nearly 10 billion tenge (US$28 million). The bulk of the money is designed to run three stationary test sites and to support three agricultural universities.

By 2021, the funding of agricultural science should be brought to at least 0.5 percent of the GDP from the industry. Essentially, this means an increase of over three times. To use the money correctly so that it reaches the real producer, we decided to change the financing scheme. We have developed a package of legislative amendments and once the members of Parliament return from the summer break, we’ll be working on their adoption.

The scheme will be fundamentally changed. Now, the system provides money for maintenance of research teams. We want the money, which will be increased from year to year, to be used in a way that the farmers pay themselves for the services of scientists. Now, scientists should not come to the Agriculture Ministry; they should go to the farmers and present their technologies: how to increase the harvest, how to increase milk production and gain in weight. If they prove that the proposed technology is useful, then the farmers will pay them. Therefore, it is better to spend the 85-90 percent of the allocated funds as direct subsidies to farmers.

We discussed this initiative with representatives of business and it will be implemented through sectoral business associations, because nobody knows better than them what the farmers need. It becomes a good incentive for scientists.