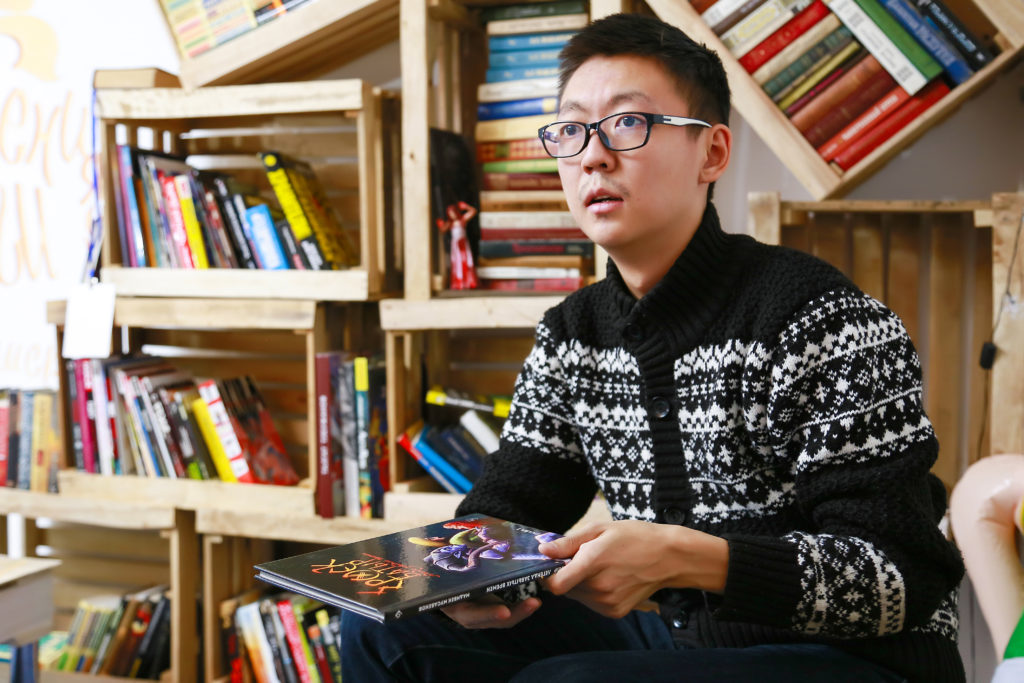 Known as the inspiration for movies and TV series adaptations, Salben Comics sells its works in Belarus, Russia and Ukraine, said company head Sabit Bakytzhan in an interview with The Astana Times.

“We are working over ‘The Mask’ comic book series by John Arcudi. We have already published two comics in this series. Also, we published ‘The End of the ****ing World’ comic, adapted as the eponymous popular TV series shown on Netflix. We also plan to publish comics from major American publishing houses such as Image, Fantagraphics, Drawn and Quarterly,” he said.

Salben has released well-known franchises such as The Fantastic Four and The X-Men.

“I bought The Fantastic Four franchise for four years. Our company was the only one to have rights to publish comics with these heroes within the CIS (Commonwealth of Independent States). Recently, I passed the torch to our Russian colleagues and now they will start releasing comics on The Fantastic Four,” he said.

“It seems to me that we need several generations to be replaced and then perhaps comics will be taken seriously, and the country will start to support this culture, which is one of the leading ones in the U.S. Comics and everything related to them attract billions around the world,” said Bakytzhan.

“For me, comics, first and foremost, is about huge team work, which consists of an artist, scriptwriter, editor and proofreader. Often, comics are perceived as painted colouring books and it is very sad. More people and strength are involved in working over the comics than for books, for example,” he added.

“We have released Ermek Batyr, the first national comics project, featuring the Kazakh superhero. This is our first domestic project so far, but we are releasing it in a very high-quality hardcover and Ermek Batyr has been bestowed with numerous awards at the international book exhibitions,” he said. 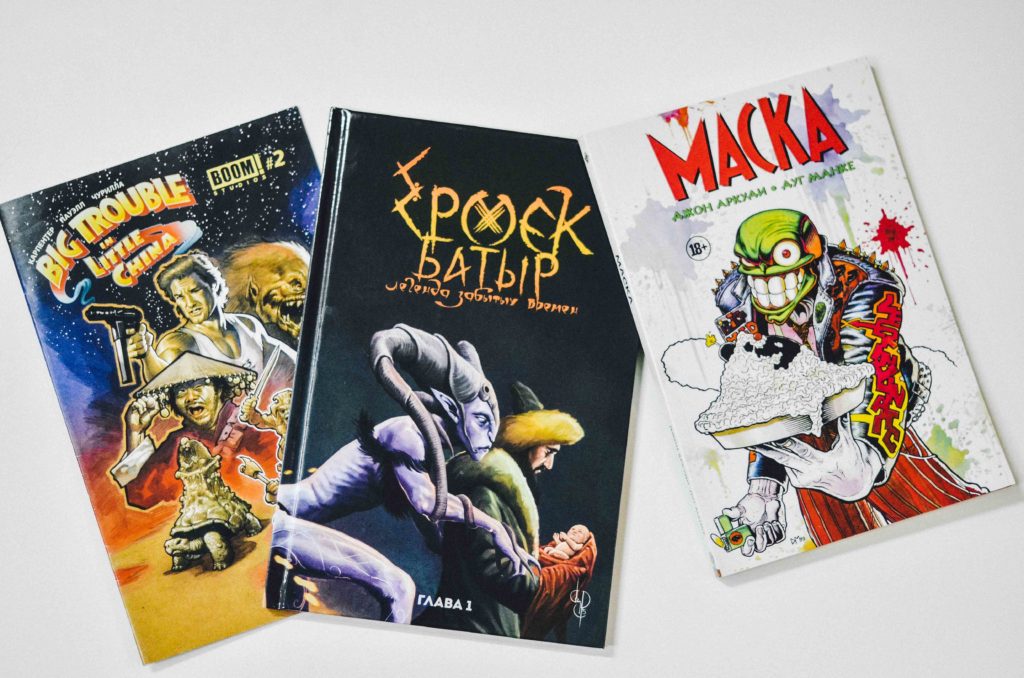 Salben brought five-six comic strips to Almaty. Printing, publishing and selling are currently based in Russia.

“Fifty percent of the entire circulation is sold out in Russia, Moscow and St. Petersburg, then in Ukraine and Belarus. We bring comics to Almaty to demonstrate at the exhibitions and usually they are not intended for sale,” he said.

“Interest in comics in Kazakhstan is quite high, but sales are not so big for two reasons. The first cause is high prices for comics as well as few selling points over the country. The second reason is related to piracy, which I consider as the main constrain. If piracy would be treated in a serious manner (as seen in Russia recently), then I believe comic book sales would go up and accordingly, interest will increase even more,” he added.

Bakytzhan is also involved in hosting and organising the festivals. He participated at the Aug. 4-5 Geek Con in the capital.

“Our AlmaCon festival in Almaty is held one-two times a year. The main goal is to promote the comic culture in Kazakhstan. We invite many comic bloggers and artists. We also make a saturated lecture zone, where we talk about how to create comics,” he said.

“To tell you the truth, I really liked Geek Con in Astana. We conducted similar festivals in Almaty, but we skewed more towards Salben Comics. The main drawback of Geek Con in Astana was the lack of comics at the festival as a whole. There were no lectures, alleys of authors and artists. However, for the first time everything was very cool,” he added.

“The idea to create a literature club existed for a long time. I was able to realise it a year ago. It seemed to me that there are not enough places in Almaty where you can sit and read books. We opened a literary club with my friend and named it 451 Degrees, which is very symbolic. We conduct various presentations, lectures and master classes in our club,” he said.