ASTANA – Qurban Ait (Eid al-Adha), one of two main Islamic holidays, is being celebrated Aug. 21 – 23 this year. The holiday, mostly associated with sacrificing an animal, symbolises kindness and generosity, friendship and mutual understanding for many Kazakh citizens. 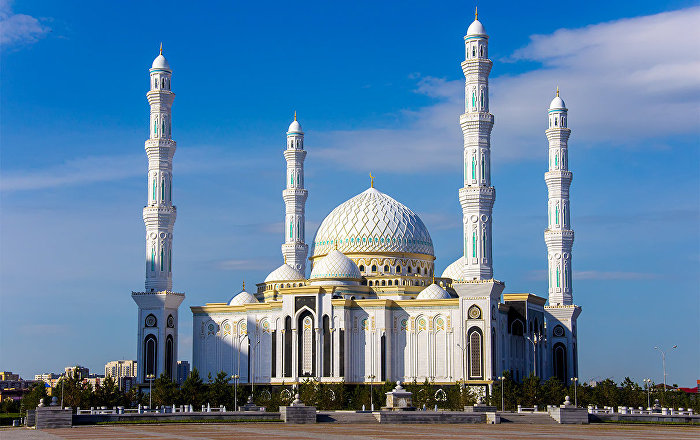 According to Islamic tradition, Muslims throughout the world slaughter an animal, such as a one-year-old sheep, cow or camel. The meat is then divided into three parts – one part is donated to the poor and needy, the second given to relatives and neighbours in need and the rest earmarked for the meal cooked during the celebration.

“Since early childhood, I remember going to the bazaar with my father, where we bought a sheep and slaughtered it. Thus, sheep sacrifice has become our annual tradition. After we go home and give mother a piece of meat for a festive dinner, we distribute the other two parts among the elderly and families in need,” said capital resident Adil Maksut.

Animal sacrifice and meat distribution symbolises the willingness to give up some property in order to extend a hand of friendship and compassion to the less fortunate. The holiday is a good opportunity to think about blessings.

In Kazakhstan, Qurban Ait is also marked with special warm relations between people of different religious views and nationalities. While only the first day of the festival is an official holiday, citizens enjoy meals and guest visits for three days.

“During the Eid, every year we go to the city suburbs and distribute meat from the sacrificed animal and basic foods, such as rice, flour, tea, fruits and vegetables to families in need regardless of the nationality or religious beliefs of the people. We donate meat to our neighbours following another religion, but we also receive coloured eggs and bread during Easter. It is wonderful that such holidays allow us to maintain good relations and show respect to each other’s religion,” said one city resident who preferred not to be named.

Considerable attention is paid to family ties during the holiday, when people congratulate and visit relatives and friends.

“On the holiday eve, we have a tradition of cleaning our houses and cooking. Early in the morning, we put on new beautiful clothes and go to the mosque for the festive prayer. After the prayer, celebrations officially begin and people start congratulating each other. Throughout the day, we either go and visit our nearest and dearest or organise a meal at our place. Qurban Ait is a good reason to see people you do not meet often due to the busy city life,” said capital local Aigerim Omirbay.

The sacrificial festival is also associated with Aittyk, the Kazakh tradition especially loved by children. Youngsters often go into the streets, approach people near the mosques or even visit houses and congratulate homeowners by saying “Aittyk.” The person addressed should give them money or sweets in return.