ASTANA – Despite rainy weather, the open-air Ethno Fest opened its doors Aug. 25-26 in Astana, welcoming people to get closer to their national culture and traditions. 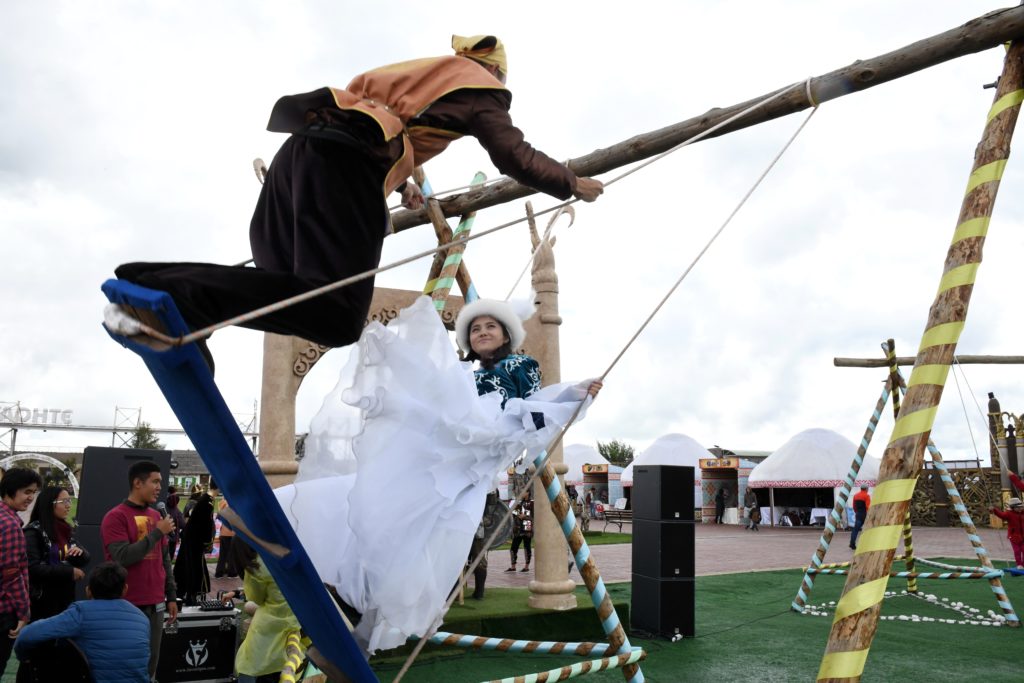 Head of the Central Kazakhstan Association for Tourism, Restaurant and Hotel Business Maya Agadilova said the goal is to popularise Kazakh national traditions that have been forgotten.

“For the first time, legacy of ancestors is represented in Kazakhstan on such a massive scale. The festival features different types of traditional games, sports. We will also have fashion show. This is a way to unite people and citizens of Kazakhstan in such big direction as ethno festival,” Agadilova told The Astana Times.

The festival, she said, is devoted to the 20th anniversary of the capital and will turn into an annual tradition.

The exhibition, part of the festival, featured exhibits, including jewellery, applied arts items, clothing, pertaining to different centuries and regions of Kazakhstan once inhabited by nomadic tribes.

Demonstrating Kazakh culture, instilling historical values among young people and showing the beauty of the works of Kazakh artisans are also among the festival’s objectives.

Among the festival participants were the Konyrs family from Almaty.

“We came from Almaty. We are making applied art items within our family. There are many types, for example, rings, earrings, silver items, leather items, bags, parcels. My wife is using felt to produce clothing, carpet, different decorative flowers. We do all of this together as a family. We are a dynasty of artisans. We have devoted our entire life to this art,” said one of Konyr family members.

Zhanat Bekmagambetov, head of the Kazakh National Culture Centre in Omsk, said the country has made significant progress in promoting its culture. He was invited to participate in an Aug. 26 roundtable, part of the festival programme, discussing obstacles to studying the Kazakh language in Russia.

“I am not the first time here. The last time I was in Astana was three years ago and I can see positive changes in promoting Kazakh culture. This is great. I see that many people come to such events,” said Bekmagambetov.

He believes Kazakhstan has the potential to become a “touristic Mecca.”

“The direction is set rightly, so that it [culture] is shown not only to locals, but also to other people around the world,” he added.