Kazakhstan’s Finns and Karelians preserve and try to recover their traditions, culture

By Aidana Yergaliyeva in People on 28 August 2018

ASTANA – Finns and Karelians in Kazakhstan are small in number yet strive to preserve their identity after an uneasy history for their people during the Soviet times, the head of national cultural centre Suomi Alexander Smirnov told The Astana Times in a recent interview. 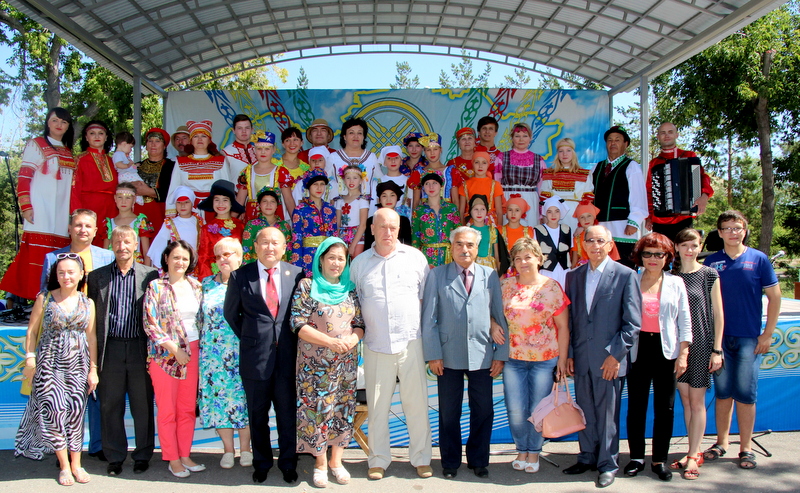 “Indeed, we live in Kazakhstan so we are Kazakhs now. Still, all people should know their origins,” said Smirnov.

Kazakhstan is known for its multi-ethnic environment, yet not everyone knows that among the sea of ethnicities coming from post-Soviet republics there is a small minority of Scandinavians, namely Finns and Karelians (sub-group of Finns).

According to Smirnov, last census counted about 200 of them in Almaty, yet there can be a lot more of them. In Soviet times, identifying oneself as Finn implied that a person will have no career, because Finns were not accepted in higher education institutions and could hardly find a job, said Smirnov. Thus, many Finns were registered as Karelians or Russians.

Finns and Karelians arrived and settled in Kazakhstan for a few historical reasons. One of them was repression in the 1930s, when entire ethnic groups in the then Soviet Union were subjected to deportation. Before being relocated to Kazakhstan, Finns and Karelians immigrated to the Russian Leningrad region in the 17th century. Another reason was the Soviet personnel policy of staff rotation that required people to constantly move across the country, thereby  spreading them out.

Today, in independent Kazakhstan, these ethnic groups can freely and openly live without fear along with many other ethnicities. The National Cultural Centre called Suomi has united both Karelians and Finns since June 2002. There are three regional offices in Pavlodar, Oskemen, and Shymkent.

As do other cultural centres, Suomi also works to preserve the culture, traditions, customs, rites and language of Finns and Karelians through various events and activities.

“[Suomi] produces booklets about its activities annually. Last year, we did a presentation of the book ‘100 Social Innovations of Finland’,” said Smirnov.

In addition, each year since 2004, the ethno-cultural centre has participated in a forum of Kazakh-Finnish entrepreneurs in Astana.

The head of the centre points out that despite these efforts, still fewer people are becoming involved with the popularisation of Finnish and Karelian cultures. The centre faces financial problems and the number of youth interested in cultural activities has been decreasing over the years.

Now, the centre is one of the smallest in the country, so they joined forces with Estonian cultural centre.

The cultural centre is proud of their Finish identity, as Finland is among the most highly developed economies in the world.