By Staff Report in International on 9 August 2018

ASTANA – Kazakhstan will be involved in the development of a Russian super-heavy rocket, ria.ru reports with reference to the Aerospace Committee of the Ministry of Defence and Aerospace Industry of Kazakhstan (Kazkosmos). 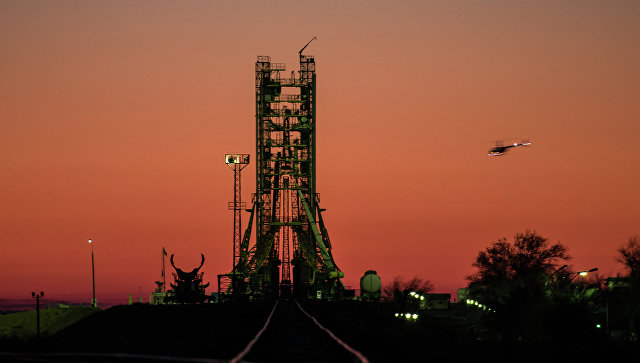 “According to the approved definition of further cooperation at the Baikonur complex, creation of a super heavy class space rocket complex is defined as a main direction of promising joint space projects of Kazakhstan and Russia,” the report says.

Currently, Russia is developing a super-heavy-lift launch vehicle (SHLLV) class rocket. Russian President Vladimir Putin signed the decree on its creation earlier in 2018 and assigned Rocket and Space Corporation (RSC) Energia to be the main developer of the complex.

The first stage of the new Soyuz-5 medium-class launcher, which is also being developed by Russians, will serve as the first stage for a super-heavy rocket as well.

The Zenit rocket launch complex at Baikonur spaceport is planned to be transferred to Kazakhstan in September-October, and it will be redesigned as a Soyuz-5 launch complex. Kazakhstan is ready to invest $314 million in the project to modernise the complex.

RSC Energia will submit a sketch design of the complex by the end of 2019, while the first launch is scheduled for 2028. The super heavy lift rocket is to be used for space flights to the Moon and Mars.

At the same time, President Putin’s decree mentions the new Vostochnyi spaceport in the Amur Region as a place for a complex of a super-heavy class. Director General of Roskosmos (Russian Space Agency) Dmitry Rogozin also noted that the rocket should be launched from the Russian spaceport.

Kazakhstan in cooperation with Russia plans to create an ultralight rocket for launching small satellites and to start production of rocket equipment at Baikonur.

The third generation of SHLLVs are being developed today. The United States is advancing a super-heavy SLS missile, Russia the Energia rocket, and China is working on Changzheng-9.

The Russian super-heavy vehicle will have the capacity to carry 90 tonnes of cargo to the Earth’s orbit and send at least 20 tonnes into the lunar orbit. By comparison, NASA’s (National Aeronautics and Space Administration) SLS (Space Launch System) missile is reported to be able to haul 70 tonnes, but its performance is planned to be enhanced with new upgrades that will allow it to carry 130 tonnes.