The international community is bidding farewell to the seventh Secretary-General of the United Nations, Kofi Annan. 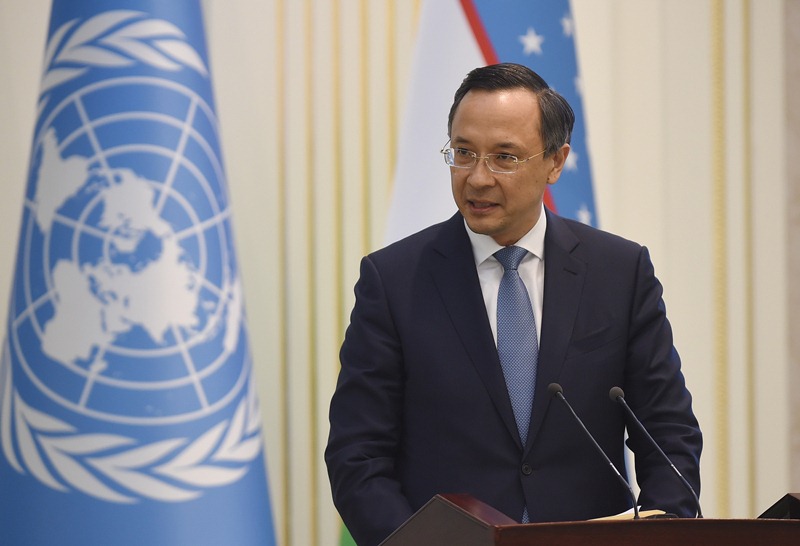 Kofi Annan, a unique person in the history of the United Nations, has been and remains in many respects the first. He was the first representative from Africa to lead the UN. He was the first Secretary General, who made a career in the organisation itself. He carried out reforms aimed at improving the effectiveness of the UN in its response to global challenges, devoting substantial time and effort to fighting HIV and implementing the UN Global Compact.

During his term as the Secretary-General of the United Nations, he established the Peacebuilding Commission and the Human Rights Council. In 2001, Kofi Annan and the UN under his leadership were awarded the Nobel Peace Prize “for their work for a better organised and more peaceful world.”

Annan attached great importance to localisation and prevention of regional and ethnic conflicts. While he was in office, the United Nations carried out 28 peacekeeping operations, more than twice as much as the organisation conducted before he came to this post.

Kofi Annan played a big part in strengthening the role of the United Nations in Central Asia. The Secretary General invariably supported the international initiatives of the President of Kazakhstan, Nursultan Nazarbayev.

In December 1994, at the Organisation for Security and Cooperation in Europe (OSCE) Summit in Budapest, President Nazarbayev put forth the idea to implement measures to prevent possible conflicts and consolidate peace in Central Asia. Annan supported this initiative and created a UN peacekeeping battalion in Central Asia. This was the first experience of peacebuilding cooperation of the states of the region with the UN.

“You have achieved tremendous results in the transition to a market economy. You ensured a significant growth of economy and investment, managed to maintain stability in the country, showed how to be a leader when preventing regional conflicts, took a bold stance on nuclear disarmament,” the Secretary General emphasised.

Kofi Annan also called Kazakhstan an example of interethnic harmony, as well as stable, sustainable development for other states.

In his letter of condolence, President Nazarbayev emphasised: “Being an internationally renowned politician, Kofi Annan devoted his life to stability and peace on the planet. Many years ago, I was lucky to meet one of the most sensible, sincere and generous people, Kofi Annan. We had similar positions on relevant issues of global development. I still cherish very good memories of our conversations and meetings.”

Kofi Annan will always live in our memory as a reformer, peacekeeper and a true citizen of the world.

The author is Minister of Foreign Affairs of the Republic of Kazakhstan.