By Anuar Abdrakhmanov in Sports on 13 August 2018 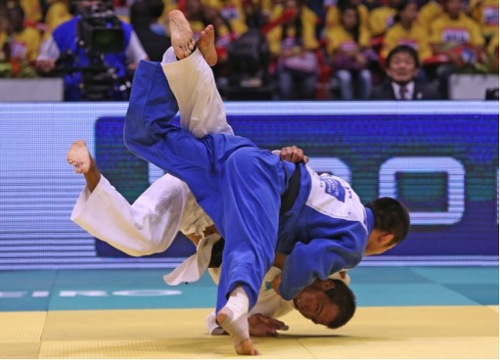 Damir Bolatbekov and Zhanbolat Bakytbergenov won gold in the 55kg and 73kg categories.

“I am satisfied with my result, because it is a new level of judo in Kazakhstan. Of course, I hoped for the first place. The opponents were the hard ones from the first bout, but the final was the hardest one. The opponent was very strong. She has won several competitions in a row. I faced her for the first time. In the future, I plan to beat her and take the first place,” said Tynbayeva.

“In my opinion, the results are decent. We arrived at the tournament to win. We have won two gold medals among all Europeans. In my opinion, it is really good. All of them are physically and morally trained. They have fought well. They have lived up to our expectations, proved that they have a huge potential for growth,” said Kazakhstan’s team coach Batyr Mashikov.

More than 500 judo competitors took part in the tournament, including 29 athletes from the Kazakh team.