ASTANA – The Kazakh tenge continued to lose its value against U.S. dollar as it hit its all-time low Aug. 13, valuing 363.15 per $1. That number represented a 1.8 percent decrease overnight. Kazakh National Bank cited geopolitical tensions and U.S. protectionist policies and sanctions levied on neighbouring Russia as well as China and Turkey behind the weakening of the currency. 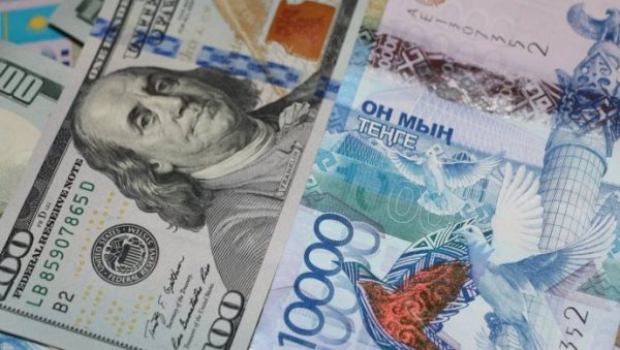 Weakening of Kazakh tenge comes amidst a broader weakness in other emerging markets, including South Africa, Turkey, Brazil, and Mexico.

The week between Aug. 3 and Aug. 10 delivered a two percent drop in the value of the Kazakh tenge, said a National Bank press statement on Aug. 13, while Turkish lira lost 26.6 percent of its value, Russian ruble dropped 6.9 percent and South African rand went down by 5.8 percent against dollar within the same period.

The emerging markets witness a foreign capital outflow and expectations for U.S. base rate rise also strengthen the dollar, the Kazakh regulator said.

Exchange rate is also influenced by “fundamental factors,” said the bank, which include oil prices, currency situation in countries that are Kazakhstan’s main trade partners, payment balance and inflation rate.

Price for oil also went down recently to $72 per barrel after China announced it would introduce a 25 percent retaliatory tariff on American crude oil exports.

The National Bank that maintains a floating exchange rate regime said in a statement it is ready to make interventions to “mitigate significant and destabilising short-term volatility in the value of tenge.”