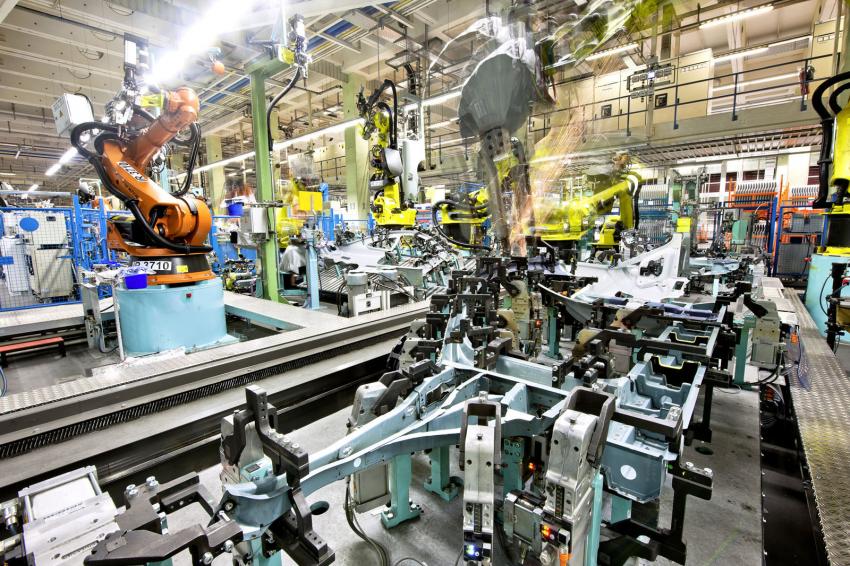 “The growth in the extraction of iron ore stemmed from the increased activities at the Sokolov-Sarybai Mining Production Association [known under its Russian acronym SSGPO], the largest iron ore enterprise in Kazakhstan’s mining industry. The increase in the extraction of non-ferrous metal ores is associated with an increase in the production of copper ore at Kazakhmys Corporation LLP, Kopper Technology LLP and the production of bauxite at Aluminum Kazakhstan JSC,” he added.

Among the processing industries, metallurgy grew 3.6 percent, chemicals by 10.9 percent and mechanical engineering output by 16 percent. Furniture and light industry production rose 5.2 percent and 2.3 percent, respectively, according to Kassymbek.

The nation reached the projected figure for transport, with a volume index of 104.9 percent for the period.

Construction volume index reached 101.3 percent, with positive dynamics observed in 13 regions. A decline was seen in Astana, as well as in Atyrau, Pavlodar and Shymkent regions.

“The decline in Astana relates to the high rates of construction of EXPO 2017 facilities, the Mega Silkway shopping centre, the new airport terminal and the Nurly Zhol railway station last year. Shymkent reduced the construction activities in the multi-family residential buildings. The volume of work in the construction of main pipelines and industrial facilities has decreased in Atyrau region. The indicator declined in Pavlodar due to the completion of the modernisation process of Pavlodar petrochemical plant,” said Kassymbek.

The Nurly Zher state housing construction programme is continuing. Since the beginning of the year, 608 billion tenge (US$1.7 billion) has been invested, 129.7 percent higher than last year.

“Residential buildings with a total area of 6.8 million square metres were put into operation. The annual plan for housing construction is 55.8 percent complete. A total of 58,000 housing units were commissioned in the country, including 23,662 individual houses,” said Kassymbek.

The planned construction indicators are expected to be reached by the end of the year, considering the launch of the so called 7-20-25 housing lending programme and maintaining Nurly Zher programme rates, he added.