By Aidana Yergaliyeva in Nation on 6 August 2018 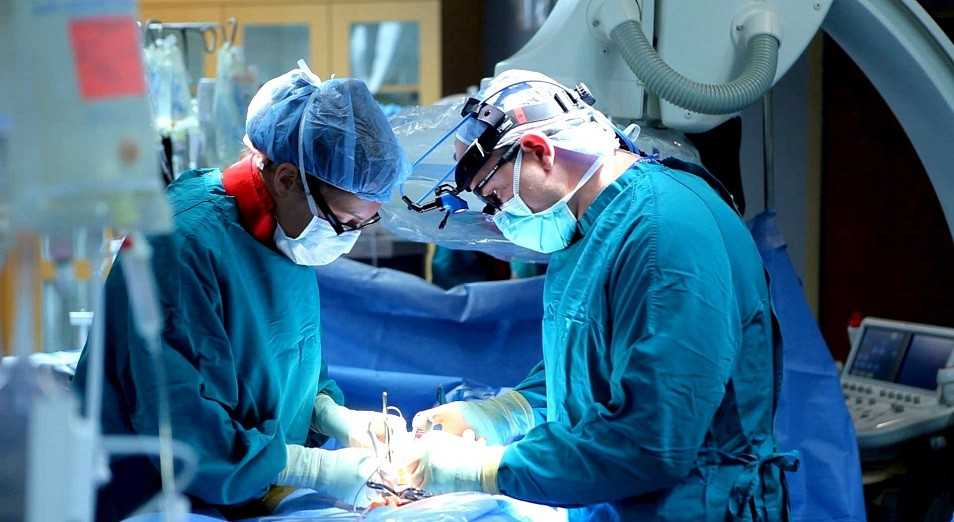 “This is a new milestone in the development of cardiac surgery,” said Vice Minister of Healthcare Alexei Tsoi at a press conference.

In December, doctors at the National Scientific Cardiosurgical Centre implanted a fully artificial heart into 60-year-old Kunanbay Abrayev, who was suffering terminal stage heart failure. A group of specialists from CARMAT, a medtech company, and Airbus created the one million euro (US$ 1.16 million) artificial heart.

“After the implantation of an artificial heart, the patient once again underwent a transplantation of a donor heart. Now, the surgery is successfully done,” said Tsoi at a press conference.

He noted the surgery is the first of its kind not only in Kazakhstan, but in the world. 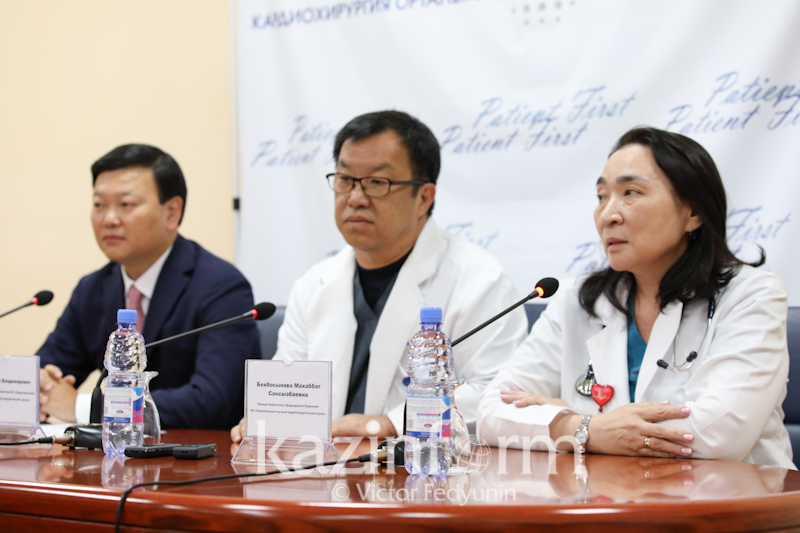 “We noticed this improvement immediately after implantation. Three months later, the pressure in the pulmonary artery was reduced to the norm when a donor heart can be transplanted and we were observing him three months after the operation. The donor heart that was found was perfectly suitable for him,” said National Scientific Cardiosurgical Centre board chairperson Yuri Piya.

Abrayev’s condition is now stable and he “eats, watches TV and leads a normal lifestyle inside a hospital room,” said deputy chairperson Mahabbat Bekbosynova. At this point, he still needs to be under observation in the intensive care unit.

“The development and use of a fully artificial heart can rightfully be considered a breakthrough in modern world medicine, which will allow us to revise the approaches to surgical treatment of the terminal stage of heart failure in the future,” said Tsoi on his Facebook page.

The young man who provided the donor heart also saved the lives of three other individuals. At the press conference, Bekbosynova expressed her sincere gratitude to his parents who gave consent for harvesting his vital organs, while keeping his name secret as required by law.

“With the consent of the family, one patient gave the opportunity for at least four patients to live,” she said.

Sixty individuals, including several children under 12, are currently registered on the waiting list for a heart donor. Finding a suitable donor is both luck and challenge and the recent operation involved a significant degree of risk for the surgeons.

“The risk was very high, as this was the first replacement of an artificial heart. In purely surgical terms, one had to think about how to do it correctly. There is only one way and there is no turning back. A mistake could cost the patient’s life, but we took this risk. The quality of life with the donor is better than with the artificial one and if there is an opportunity to improve the quality of a person’s life, then this opportunity should be used,” said Piya.

CARMAT provided a more sophisticated type of artificial heart with a pulsating blood flow that is close to the body’s natural physiological conditions, he added.

Bench tests have shown this model can serve for more than seven years. Abrayev spent eight months with the device, which has been returned to the company for further research on its longevity.

CARMAT covered all surgical expenses, as the operation had the status of international research. The cost for a similar operation is still difficult to estimate, as research has just begun.