ASTANA – Nurlan Yermekbayev, until recently the Assistant to the President – Secretary of the Security Council, was appointed Kazakhstan’s Minister of Defence Aug. 7. 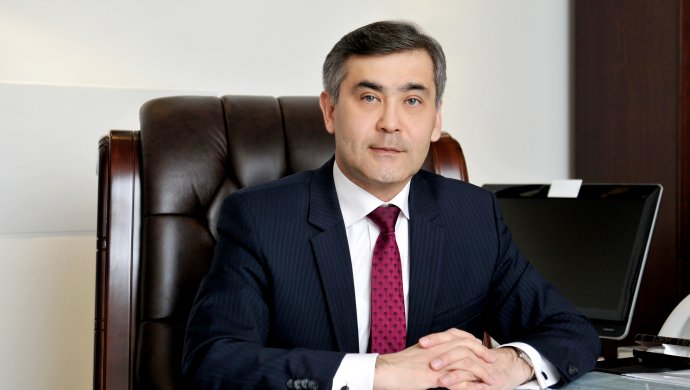 “In the light of changing geopolitical situations and formation of new challenges, one of the main tasks placed ahead of the Ministry of Defence is technological improvement and weapons modernisation. Therefore, I have made a decision to appoint Nurlan Yermekbayev the minister, an officer with the experience of military service, especially in conflict zones,” said President Nursultan Nazarbayev.

Yermekbayev was born in 1963 in Shymkent. In 1986, he graduated from the USSR Ministry of Defence Military Institute in Moscow as an officer with the command of the Chinese and English languages. In 1996, he received a degree in engineering and economics from Kazakh National Academy of Architecture and Construction.

In 1991-2006, he held various positions in private companies and banks and Kazakhstan Embassies in China and Singapore and the Presidential Administration.

In 2006-2007, he worked as an advisor to the President leading the Centre for Foreign Policy in Presidential Administration. In 2007-2010, Yermekbayev served as Deputy Minister of Foreign Affairs.

In 2010, he was appointed Assistant to the President. After two years, he started working as Ambassador of Kazakhstan to China, Vietnam and the Democratic People’s Republic of Korea.

In 2014-2016, the official served as the Assistant to the President – Secretary of the Security Council.

In September 2016, he went on to work as the Minister of Religious Affairs and Civil Society prior to being appointed the Secretary of Security Council for the second time in April 2018.

In addition to Kazakh and Russian, he speaks English, Chinese and Portuguese.

He replaces Saken Zhasuzakov, who was appointed head of the National Defence University.

“There are important tasks assigned to the university, such as military forces staff qualification upgrading and development of the military science. The university should become the main scientific and educational centre, where not only local students will be trained, but also those coming from the neighbouring countries,” said Nazarbayev explaining the decision.