The presidents of five littoral states are set to meet at the Fifth Caspian Summit, to be held in Aktau Aug. 12. 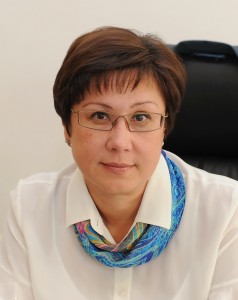 The agenda of the meeting is to take stock of the negotiations on determining the legal status of the Caspian Sea lasting many years.

After the collapse of the Soviet Union in 1992, there emerged four new states on the coast of the Caspian Sea, which are Kazakhstan, Azerbaijan, the Russian Federation, and Turkmenistan. Since that time, the issue of the territorial allegiance of the sea became the point of dispute between five independent states, including Iran.

The Russian Federation was the only country that continued to be the party of the treaties as they didn’t meet the interests of the rest of the newly emerged countries. Thus, the negotiation process was commenced with the aim to develop the new legal status of the Caspian Sea collaboratively. The determination of the legal status of the sea could be a benefit to better agreement between these littoral states in all the domains under mutually beneficial conditions.

By that time, the states had already agreed on some principles of the activities of the parties in the sea and determined the main elements of the future legal status of the sea, such as maritime boundary delimitation, navigation areas, use of bioresources, use of mineral resources and ecology. They agreed that the legal status of the Caspian Sea should have been captured in the single document, which will serve as the basis for further agreements and treaties regulating the various activities in the Caspian Sea in the future.

Initially, the states had different views of the legal status of the Caspian Sea, namely the issues of maritime boundary delimitation, using mineral resources, demilitarisation, and security. There were also some difficulties concerning international law enforcement. Thus, the representatives of some parties thought that the Caspian Sea could not be under the norms of the International Maritime Law due to the lack of natural connection with the World Ocean.

Otherwise stated, some parties offered to divide the sea between the states into the sovereign territories, while the other parties offered to use the full shared five-nation “condominium” approach. This meant the Caspian Sea had to become the sea of the common use of all its natural resources. Every state could have had one ten-mile coastal zone for using the sea floor and its resources. In the opinions of other parties, there was no chance of defining the boundaries, and the sovereignty of the states would have been limited to their land territories.

The thing that could have assured some agreement among the states was the comparative similarity of the states’ attitudes towards fishing industry, shipping industry and preservation of the marine environment.

As for us, achieving the consensus between all the parties on the development of the text of the joint draft of the convention on the legal status of the Caspian Sea in Almaty in 1997 was a big progress. The draft was based on the four drafts presented earlier by the parties, such as Azerbaijan in 1993, Kazakhstan in 1994, Russia in 1995 and Iran in 1996. Such a solution was conditioned by the wish to find the areas of common interests which could have facilitated the common understanding of the solution to the issue of the legal status of the Caspian Sea.

The seabed and the resources were offered to be delimited between the Caspian states, which could be granted the rights to develop mineral resources, laying the pipes and cables within their areas. The external boundaries of such exclusive economic zones could have been drawn along the median line, which is equidistant from the coasts of the opposite states as it is done internationally and in accordance with the international technology. Development of fields within the economic zones of two or more Caspian States had to be the subject of production sharing agreements between the parties concerned.

According to the solution offered by Kazakhstan, the water area should have been subjected to delimitation to maritime belts and national fishing zones of agreed widths. The remaining area of the sea would have been accessible for free navigation of the ships flying the flags of the littoral states. Exploitation of bioresources was assumed within the respective fishing zones and in the common water area upon the agreed quotas and through licensing the activity. The aerial domain over the sea was also accessible for flights on the agreed routes.

Hinterland states could have had the right to freedom of transit to the other seas and the World Ocean.

Later in October1997,t his position of the Republic of Kazakhstan was distributed as the official document of the UN.  During the whole process of the negotiations despite their levels and format, Kazakhstan has been maintaining its attitude concerning the issue of the legal status of the Caspian Sea, which aligns with the principles, normsand experiences.

It should be noted that despite the complexity of the issue and some disparities in the interests of the littoral states, they have gradually realised the necessity of the package settlement of all the issues of the activities in the sea. Upon achieving consensus about a certain provision of the convention, the parties were launching a certain international treaty aimed at assuring cooperation in a specific area. The work has always been in progress.

The common understanding of creating the sound legal basis for ensuring mutually beneficial cooperation has produced some tangible results. Today, Kazakhstan is the party of 18 treaties and agreements concerning the Caspian Sea, nine of them are pentalateral agreements. The five littoral states are projecting to sign eight more agreements soon. The parties are still in the process of agreeing on other important documents. Thus, after signing the convention on the legal status of the Caspian Sea and its coming into operation, we will have a comprehensive legal basis that will enable us to operate mutually in various domains.

The Framework Convention for the Protection of the Marine Environment of the Caspian Sea should be noted as one of the most significant current documents which was signed in Teheran in 2003 by five littoral countries. Additionally, the parties signed the protocol of preserving the biodiversity of the sea. Under this Framework convention, the parties are obliged to protect the sea from the consequences of natural and man-made environmental emergencies, cooperate in setting up early warning systems and ensure the availability of adequate equipment and qualified personnel for combatting environmental emergencies.It is projected to sign several more documents.

As a result of the Fourth Caspian Summit in Astrakhan in 2010, we have signed three more essential agreements. They are the agreements on preservation, restoration and sustainable and rational use of the biological resources of the Caspian Sea, agreement on taking preventive and response measures to protect the environment and human beings from consequences of natural and man-made environmental emergencies in the sea and the agreement on cooperation in the field of hydrometeorology.

The agreement between Kazakhstan and Turkmenistan on the delimitation of the seabed of the Caspian Sea was signed in 2014.

After reaching the agreement on the junction point of the demarcation lines of the seabed between Kazakhstan, Azerbaijan and Turkmenistan, our country will finish all legal arrangements in terms of its sovereign rights for the Caspian seabed subsoil use.

Russia and Azerbaijan have already signed such an agreement.

There are still ongoing negotiations on the delimitation process of the seabed of the southern part of the Caspian Sea between the parties concerned.

Without going into details of all the difficulties of negotiations, and some diplomatic efforts, we may conclude that we could observe how the littoral states were striving to reach a compromise and searching for mutually acceptable solutions in order to obtain consensus in all the issues occurred.

We have had the consolidated approaches in terms of the boundaries of sovereignty, sovereign and exclusive rights of the littoral states, the regime of navigation, the freedom of access of all the vessels from the Caspian Sea to the world’s oceans and back and in terms of offshore pipeline installation. Moreover, the principles were agreed onthe stable balance of armaments in the Caspian Sea, on following the agreed measures of ensuring mutual trust as well as on non-presence in the Caspian Sea of the armed forces of countries other than the five littoral states.

The agenda of the Fifth Caspian Summit that is to be held in Kazakhstan is almost completed. With hope and optimism, we are expecting that the upcoming meeting of the presidents will become a landmark. We are sure that the agreements between the presidents will increase the opportunities for the realisation of the strong potential of the littoral states that will give a momentum to their further collaboration. Kazakhstan, Azerbaijan, Iran, Russia,and Turkmenistan have enough potential to ensure the sustainable development of the Caspian region and peaceful life for their citizens.

The author is is Ambassador-at-large of the Ministry of Foreign Affairs of Kazakhstan.