By Zhanna Shayakhmetova in International on 1 August 2018

ASTANA – Small Belgium and large Kazakhstan have more to learn from each other than one might think – Belgium’s long history of industrial development can help Kazakhstan on its development path, and Astana’s recent stint on the UN Security Council can serve as an example for Brussels, Ambassador of Belgium to Kazakhstan Alexis de Crombrugghe de Picquendaele told The Astana Times. 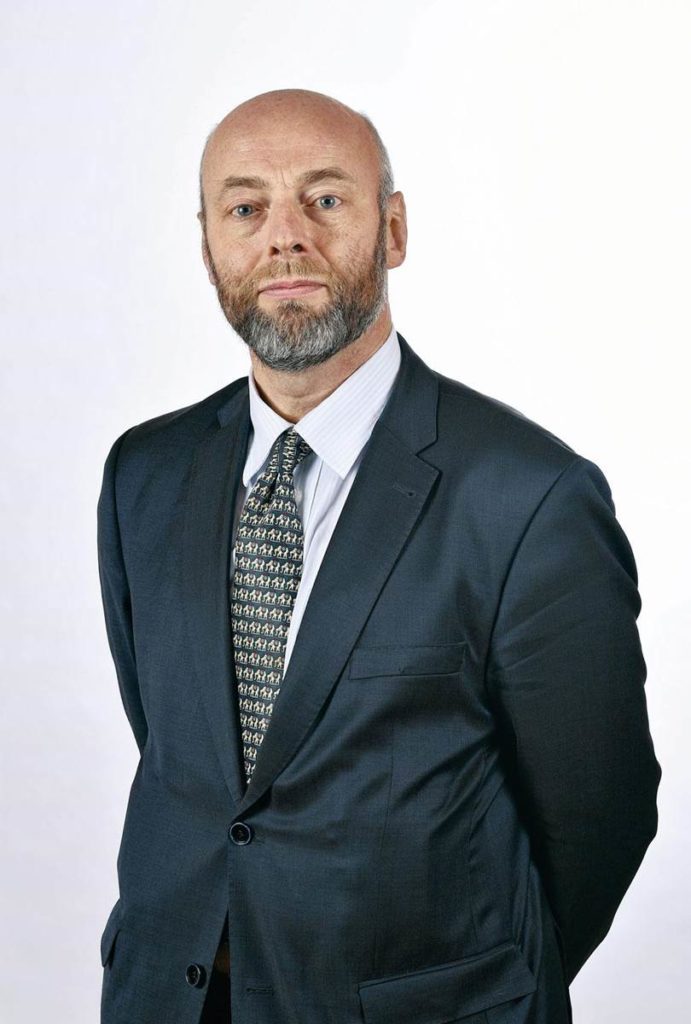 The Belgian economic mission scheduled for June 2019 will help Belgian and Kazakh businesses reach their full trade potential, benefiting both economies, he noted.

“Our regional trade and investment promotion agencies from Flanders, Wallonia and the Brussels capital region will together organise a trade and investment mission to Kazakhstan and to other countries of the region. This follows up on earlier economic missions, which occurred on a yearly basis till 2017… Kazakhstan is a huge country with a large potential for further development. Belgium is a small country with a huge experience in industrial and high-tech development. Combining both assets should produce interesting results,” he said.

This year, Kazakhstan and Belgium are celebrating the 26th anniversary of their diplomatic relations.

“My aim is to seize all opportunities to develop relations between Belgium and Kazakhstan, as well as with the other countries of my jurisdiction. There certainly is a tremendous potential. The best is to seize all opportunities arising out of the markets in both our countries, and building upon increasing ties between the peoples of both our countries… Tourism is also developing in both directions. The development of people-to-people contacts in the global age certainly is a trigger for developing our relations in the future. It is one of the priorities that I agreed to focus on with the new Kazakh ambassador in Brussels,” he said.

Belgium was elected as a non-permanent member of the United Nations Security Council for 2019-2020, a two-year role Kazakhstan is about to complete at the end of 2018.

“We hope to deserve the confidence accorded to us by other nations and take heed of the example given by Kazakhstan, with whom we hope to cooperate in this context. Given the growing wealth and importance of Kazakhstan and of Central Asia in the world, our relations are set to develop in the future,” said de Crombrugghe.

The European Union (EU) is Kazakhstan’s main trade and investment partner. Belgium’s direct trade with Kazakhstan has increased, amounting to 300 million euros (US$350 million) in 2017.

“Since the main thrust of our trade is within the EU, Belgium also indirectly benefits from the development of trade and investment ties between the EU and Kazakhstan. As most of our companies are small and medium enterprises, they often act as subcontractors for big European and international companies, and therefore benefit from the development of trade relations as a whole. European integration is from that point of view a real fact in the organisation of our economy. It is the European Commission which negotiates trade deals worldwide. By the way, and in spite of its complicated constitutional set up, Belgium was one of the first countries to ratify the Enhanced Partnership and Cooperation Agreement between the EU and Kazakhstan,” he said.

Chemicals and pharmaceuticals cover nearly half of Belgian exports, followed by machinery at 20 percent and optical instruments at 10 percent. Plastics, transport materials and minerals each share 5 percent of exports.

Agriculture and related products could be another promising area of development, said the envoy.

“Probably our food products and beverages – Belgian beers are world famous and already present on the Kazakh market – deserve to be better promoted, as the agro-industry in Belgium is very developed indeed. From the Kazakh side, I notice an increase of the revenue in the oil and gas industry, and other minerals to 50 percent. Kazakh agricultural and food products being exported to Belgium are on the increase with 40 percent, as are metals and textiles with each nearing 5 percent,” he said.

Belgian companies specialising in software were present at the recent KADEX 2018 International Exhibition of Weapons Systems and Military Equipment and Aerospace Equipment in Astana.

“Smart cities are another field where Belgium has added value to offer. Our companies are active on every aspect of life and therefore all sectors offer a potential for development. From that point of view, Kazakhstan rightly aims at diversifying its economy,” he said.

The Port of Antwerp recently inaugurated a monthly railway link between it and China – travelling, of course, through Kazakhstan – as part of Beijing’s Belt and Road Initiative (BRI).

“Having recently visited the old Silk Road cities I cannot but be enthusiastic about this revival of ancient ties between Asia and Europe. Kazakhstan’s geography is particularly benefiting from the development of transport connections between our continents,” he said.

“Since Belgium is mainly made out of small and medium enterprises, the attraction of investors is conditioned by the rule of law. What made the European Union such a prosperous bloc was the existence of a common market whose rules were implemented by an independent Court of Justice. Belgian business is mostly made out of small and medium enterprises. For them legal security, meaning independent courts and tribunals ensuring the respect of their contractual rights and duties, is an essential element before starting a trade or investment deal in another country. This is why the European integration was so beneficial to our country, as it is to other old and new member states of the European Union. Ensuring legal security of investment and trade deals is of paramount importance. It doesn’t make sense to have trade and investment conditions being changed after a deal had been made,” he added.

Approximately fifteen Belgian companies are represented in Kazakhstan, according to the envoy, and the Federation of Belgian Companies (FEB/VBO) and regional Federations of Chambers of Commerce and Industry closely cooperate with the Kazakh Embassy in Belgium.

“Some of our best Belgian academics are teaching and researching at Nazarbayev University. We will explore avenues to encourage students from both our countries to study in universities and educational institutes of the other country. Our embassy will look upon all opportunities to develop further academic links between both countries,” he said.

Cultural cooperation is also of great importance for the Belgian Embassy. This year the embassy organised an exhibition dedicated to the Smurfs’ 60th anniversary April 26-28 as part of the Francophonie Spring Festival.

“It was such a nice experience to see so many young Kazakh schoolchildren making themselves such beautiful drawings on the site of the exhibition. Comic strips are indeed a truly Belgian phenomenon in which we have a rich tradition to share. Kazakh performances of Astana ballet, opera and musical theatre have proven to be very successful with the Belgian public. I am proud that one of my compatriots is a star dancer at Astana ballet. At the diplomatic spouses’ association 2017 charity bazaar, all our waffles, chocolates and beers were sold out,” he said.

“It is one of my priorities to make a balance of what already exists and what could be further developed, depending of course on the goodwill and availability of the people and institutions concerned,” he said.