By Dilshat Zhussupova in Culture on 13 August 2018 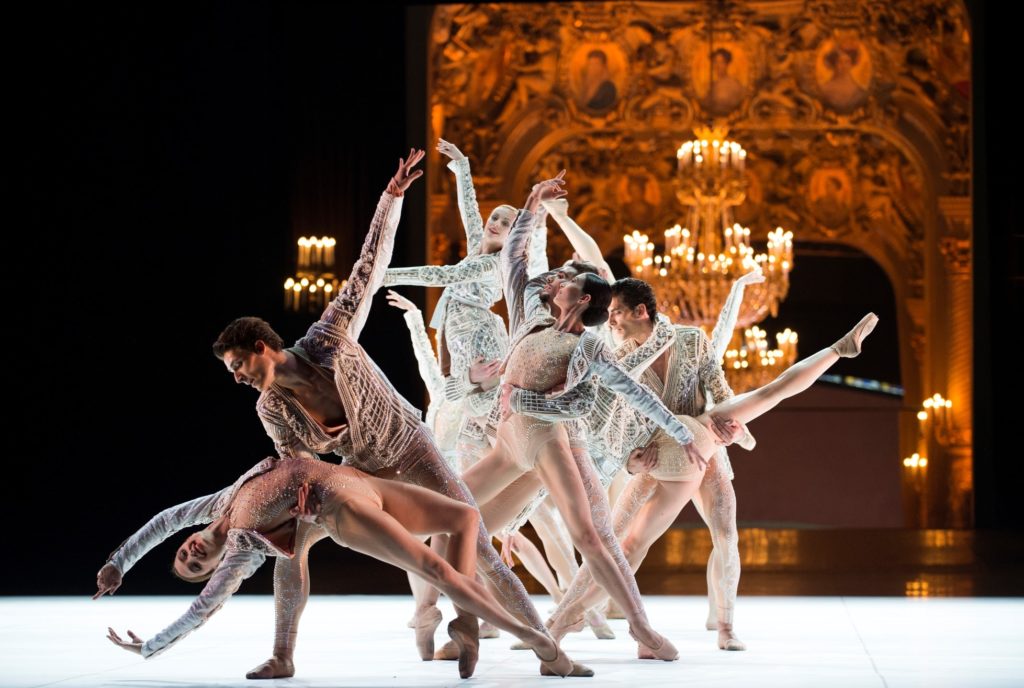 The opera house is no rookie to the city’s entertainment scene, but still had many firsts. While its repertoires usually consist of classical works, The Evening of Contemporary Choreography surprised audiences with its exclusive and atypical performances.

“I studied a lot of national culture and was inspired by the nomadic people’s traditions. This helped me stage the ballet ‘Sounds of Time,’ which has an unconventional plastique and style. We took the action to modern times, which allowed everyone to recognise themselves in the performance. There were many magical details, but the production also reflected modern life, its current problems, relationships, different segments of society and their values. The audiences saw an intertwining of myth and reality,” said Zvereva.

Tickets to “Carmen” sold out at record speed and a day of performance was added due to popular demand. It remains one of the highest grossing productions in Astana Opera’s repertoire to date.

“‘Carmen’ is one of the most popular operas in the world, so it is no surprise that Astana residents and guests have shown such genuine interest in this bright, exciting production. It is customary to include two premiere days in the repertoire, but we made an exception to the rule and added another day,” said the opera’s administration.

“The Astana Opera has a wonderful symphony orchestra,” said Buribayev. “As you may know, the opera house’s artists underwent a rigorous audition process. Despite the fact that the group encountered this music for the first time, they were very skilled at it. After one performance of a composition at a morning rehearsal, in the evening the sound of the orchestra was completely different. This concert allowed us to reach a different level of professionalism.” 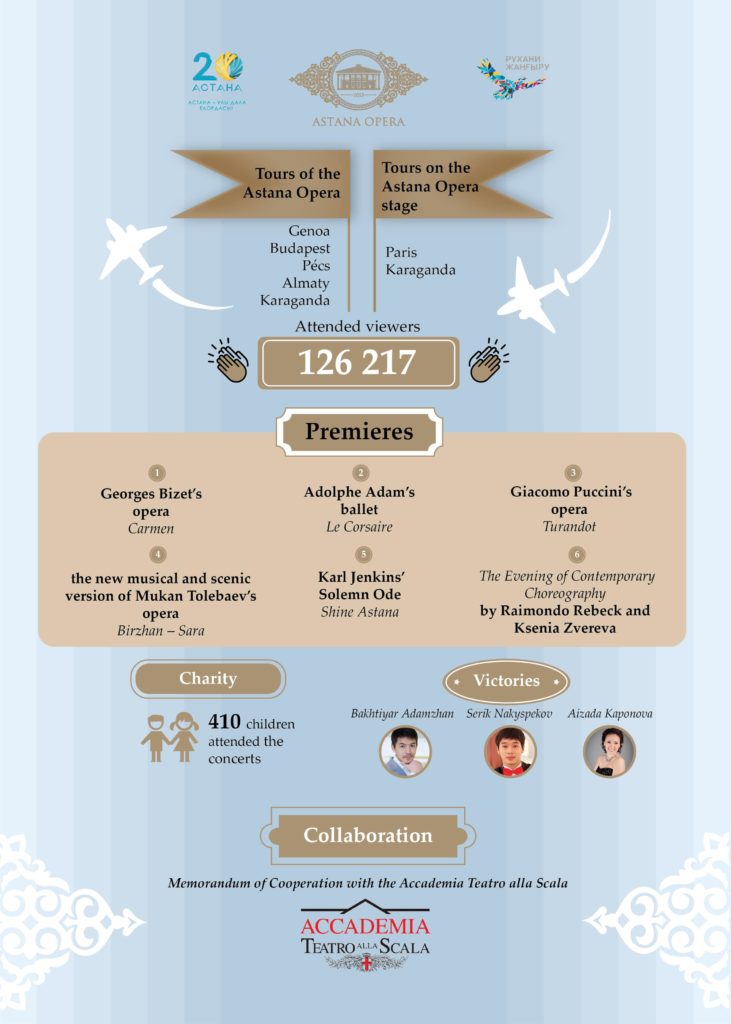 “Performing at Abai Opera House was a big responsibility, as there were friendly but demanding viewers and our teachers were present in the auditorium,” said principal dancer Madina Basbayeva. “The choreography of the ballet ‘Manon’ is rather difficult to perform. It is a well-known fact that when MacMillan staged this ballet, he went to the Winter Olympic Games, where figure skating made a very strong impression on him. This ballet was an endurance test, which we passed, because the choreography was very complex yet incredibly beautiful.”

“My wife and I often attended the Abai Opera House’s performance of the opera ‘Abai,’ but we will remember this particular performance for a long time,” noted theatre visitor Azamat Salikov. “This production may be seen as the pinnacle of national classics interpretations. It is truly amazing that the opera retained key elements of the author’s tale. In the scene where the stunningly gorgeous library is revealed, there was an awestruck silence among the audience and we were thoroughly surprised!”

“Awakening the interest of children and teenagers in the theatre and classical music and instilling a love for art are the main goals of the Theatrical Lesson project,” said literature and music department director Marzhan Zhakenova. “Today’s children are our future viewers. Art and culture shape the nation in a sense, so this project may also be seen as a practical implementation of the Ruhani Zhangyru (Modernisation of Kazakhstan’s Identity) programme.”

The opera’s continued efforts in popularising national cultural heritage as part of the programme is most evident in its contribution to the Modern Kazakh Culture in the Global World project, which was presented at the United Nations Educational, Scientific and Cultural Organisation (UNESCO) headquarters in Paris.

Astana Opera also honoured its charity concert tradition this season, hosting New Year’s children’s matinees and the Diversity of Musical Voices concert for more than 400 youngsters. Raising awareness about youth with disabilities was also part of a unique concert initiative, Music in the Dark, with the proceeds donated to the Light in the Darkness fund.

Open-air performances were also held for the first time this summer beyond the capital. Under the starry skies, “Birzhan – Sara” was played out on the shores of Lake Burabai.

With the conclusion of an eventful season, Astana Opera visitors have much to anticipate in the sixth season, which will begin in late September. The premiere of Gioacchino Rossini’s “Il Barbiere di Siviglia” will introduce audiences to its lively and musical humour. Additional premieres include Tles Kazhaliyev’s ballet “Kozy-Korepesh – Bayan-sulu,” the story of tragic young love accompanied by the composer’s music conducted by Russian Valery Gergiev, and Pyotr Tchaikovsky’s opera “Eugene Onegin.”