By Dilshat Zhussupova in Nation on 29 August 2018 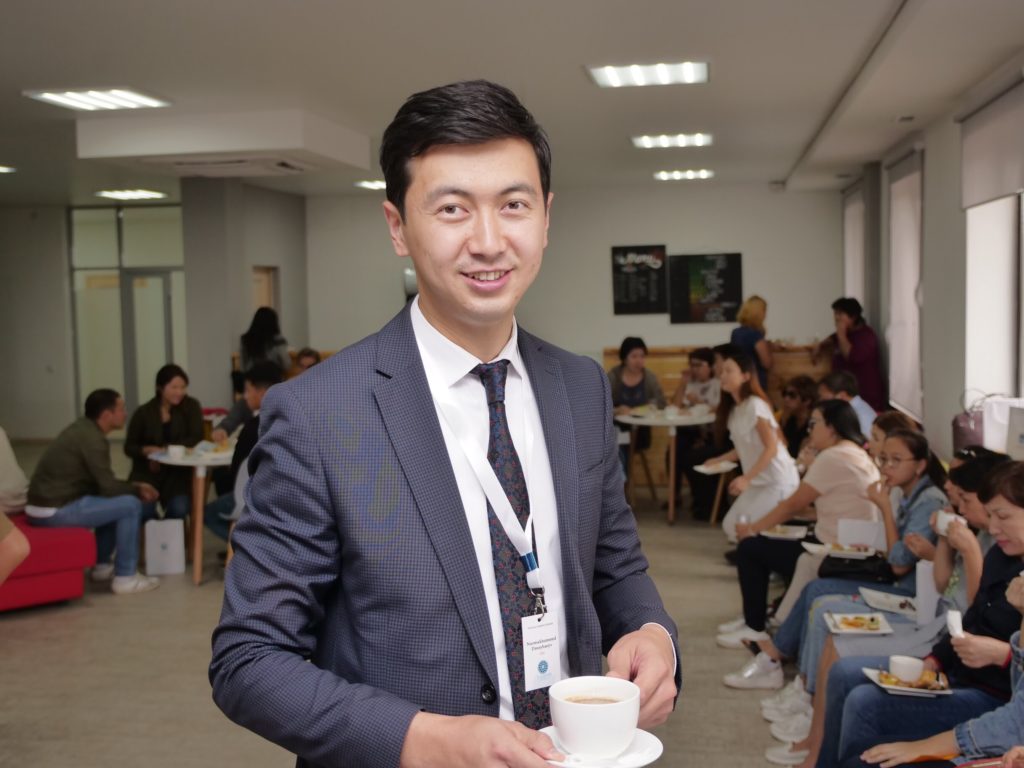 Dossybayev decided early on education as his calling. Majoring in teaching as an undergraduate student, he supplemented his studies by working as a school tutor, English language teacher and educational technology trainer.

Encouraged by Helen Bradford, a University College London Institute of Education researcher, he pursued a University of Cambridge postgraduate degree in educational research, investigating educational technology and its effective application to Kazakhstan. Following graduation and filled with purpose, Dossybayev shaped educational institutions as a local government official in Shymkent.

“One year of working there allowed me to fully comprehend the difficulties faced in many state schools, which centre on finances, bureaucracy, corruption and a lack of qualified teachers,” he said. “As a student from a school for gifted students myself, I did not realise the scale of these problems until then. The research skills I developed at Cambridge helped me to look at them from an informed perspective and conduct my own analyses. That is how I came to realise that, to affect systemic change, we need to change how we currently work.”

Astana Garden School’s approach emphasises a personalised approach to education. Students are to gain a broad but sufficiently deep knowledge of the natural sciences, humanities, mathematics and languages, as well as an exposure to universal human values.

“As people grow up, their preferences and choices increasingly differentiate. A first-grade student may study the same subjects as his classmates, but an 11th grade student ought not to. In that grade, one student may seek to be an engineer and another, an artist. They clearly have different academic needs, so differentiating and personalising education as people mature becomes important. This idea is at the core of our philosophy,” said Dossybayev.

“Many of us are younger than 35 years of age, but at the same time we are experienced in what we do and plan to do. What unites us is the idea that we, ourselves, need to shape a school model that may be effectively translated to other Central Asian schools,” he added.

In three years, Dossybayev hopes to expand the school model across Kazakhstan’s regions. In 10 years, such schools will hopefully be accessible at all Central Asian countries. He looks forward to the day when Kazakh educational managers steer their school model internationally.

Admission to the school is highly competitive and conducted on a merit basis. From the applications to the school alone, Dossybayev was struck by the prospective students’ potential. A fund of approximately 10 million tenge (US$27,696) was allocated to afford students from lower socioeconomic backgrounds full and partial scholarships.

“We started this project because we believed that Kazakh schoolchildren have massive potential, but they are often not represented at top-ranking universities,” he said.

For school students, the university application process is intimidating but may be tackled in steps.

“We start at the fundamentals. We help students clarify and define their destiny, passions and profession. Secondly, along with their parents, we design their development trajectory in manageable steps. These steps include preparing for the International English Language Test System (IELTS), the standardised test SAT and their elective subjects. Thirdly, we facilitate their character development by inviting guest speakers and providing mentors to help students develop their own social projects,” he added.

With such a comprehensive approach towards a child’s education provided by the school, Dossybayev still emphasises the importance of the wider community’s role in education reform.

“Education reform won’t take place unless we all push for change,” he said.

The school is located at 21 Geydar Aliyev Street.