ASTANA – Archaeologists have begun excavating a Saka burial mound found 10 kilometres from Astana, in the course of their work discovering seven other graves dating to the much more recent past (to the 15th and 16th centuries), two of which held women’s jewellery. 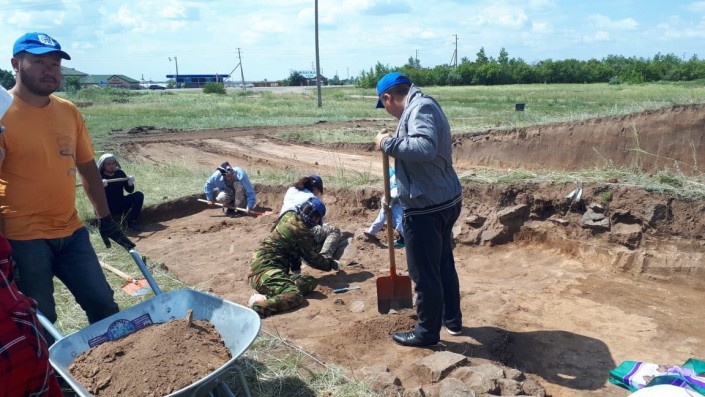 “A female copper ring was found in one of the graves. More like a wedding ring. Another burial featured a bronze earring. Also, there was a silver buckle,” archaeologist Diana Duisekeyeva told Almaty.tv. 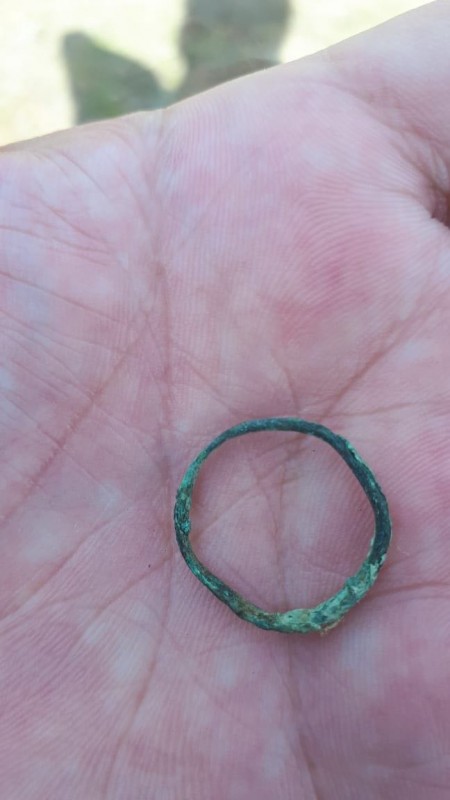 The funerary practices and positions of the graves indicate that they belonged to Muslim people. Muslim rites hold that a grave should be at a right angle to the Qibla (the direction to the holy Kaaba in Mecca) so that the body, which is placed into its grave lying on its right side, without a coffin, faces the Qibla.

“Islam became the state religion on the territory of the central regions of Kazakhstan in the 14th century; naturally, before that period, these Muslim burials could not arise, so they belong to the 15th to 16th centuries,” the head of the research institute explained.

The burial mound, however, belongs to an earlier period. It is 4 metres in height and 60 metres in diameter. The mound is covered with a stone shell. Archaeologists think the mound belonged to Saka tribes. Granite slabs for burial are known to have been taken from the banks of Nura River. According to another hypothesis, Saka tribes could live on the territory of the modern day capital. The excavation will continue to search for evidence.

“Peoples who lived here, in Saryarka, were riders and mounted soldiers. They guarded the territory and this was their main wealth and dignity. It is also known that local peoples took part even in the battle against Cyrus II. This is written in all textbooks,” Maral Khabdulina, Akishev Research Institute of Archaeology Director, said.

The Astana akimat (mayor’s office) has been coordinating the excavation, which is being carried out through the Sacred Kazakhstan project.

“This year we plan to hold four more excavations. This is the first one. We will hand over all the jewellery found to the National Museum,” Askar Kalabayev, head of Astana’s Culture and Sports Department, said.