By Aidana Yergaliyeva in People on 15 July 2018 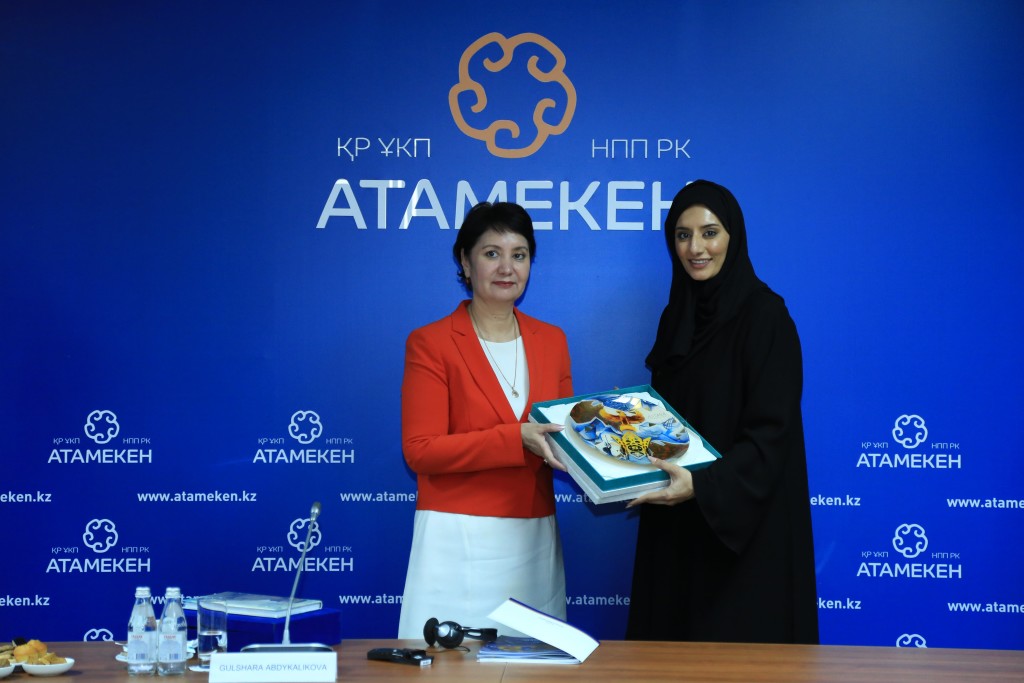 The international event was the first experience for both associations and Baltayeva believes such partnerships have the capacity to open numerous opportunities and possibilities for Kazakh women entrepreneurs. At the same time, more collaboration with foreign women councils can position them as ambassadors to promote the country.

The meeting ended with two important agreements between the parties.

The foremost is a memorandum of cooperation between Management and Business College (MBC) vocational school in the capital and Mona al Mansouri, a well-known UAE designer who will mentor young Kazakh students from the design and fashion school. She will also provide a full scholarship annually for the best student with the most genuine sketches and outstanding results in academic performance and English to study in UAE universities. Mansouri also seeks to encourage young designers and promote them through a contest she organises each year. The winners will receive prizes up to $3,000 and their works will be included in her new collection show. 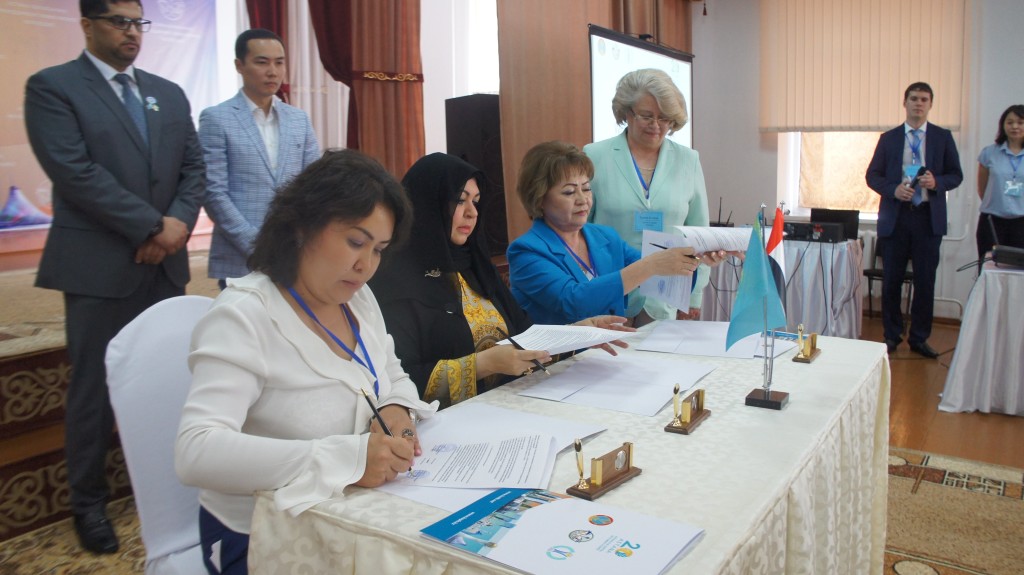 The second memorandum was between UAE Businesswomen and two vocational schools, KMiB or MBC and Public Catering and Service College. The council will provide workshops led by the best chefs of the Arab World, as well as projects and internship opportunities in Arab restaurants.

“The students who will have such world class certification and experience that these women are willing to provide would put their candidacy in demand here in Kazakhstan,” said Baltayeva.

Abdykalikova noted a new perfume production facility in one of the schools might be opened.

Baltayeva added this is just the first step and will result in a positive outcome. She believes if other embassies followed Kazakhstan’s and the UAE’s lead to work with the WRC, their teamwork would produce greater progress than the sum of their separate efforts.

“This idea gets me excited. I want to cooperate with [women’s councils in] all the other countries,” said Baltayeva.

She predicts women entrepreneurship in general, and particularly in Kazakhstan, should flourish by expanding to foreign markets that are easier to access with the combined efforts of international women’s associations.

“UAE Businesswomen liked the idea very much that they can share their experience and, most importantly, that their experience is interesting for us. They want to learn things from us, too, like our Oriental desserts and baursaqs (traditional deep-fried donuts),” she said.

Cooperation can also contribute to attracting potential investors to the country, such as the UAE businesswomen who are interested in starting enterprises and investing in Kazakhstan. WRC and the UAE delegation toured local factories, learning production in Kazakhstan is cheaper, and were satisfied with the new regulations the government promised to enforce during the Kazakhstan Global Investment Roundtable.

Transparency International research shows women are less likely to pay bribes, and a higher level of their involvement in public life is associated with lower levels of corruption.

“A woman with a woman will reach an agreement faster,” she added.

Kazakhstan has made progress in developing women entrepreneurship, yet there is still room for improvement, said Abdykalikova. It is not as perfect as it seems, noting the gap between urban and rural areas. Women entrepreneurship is well developed in big cities like Almaty and the capital but needs assistance on the regional level.

She added despite the fact the President and Constitution have made clear points about eliminating discrimination in all forms, it still exists. Statistics show income inequality between men and women, as men are more likely to be employed than women and women hold fewer leadership positions.

“We need help, but help is not just financial. It is rather the joint effort of people who want to make changes,” said Baltayeva.