We are all blacksmiths of our own happiness, says one of Kazakhstan’s 100 New Faces

ASTANA – A 55-year-old artisan from Semei preserves national crafts, making unique jewellery and traditional battle items from metal, leather, skin and bone. Abylaikhan Assylbai, the master with limited abilities but a strong will, has been named one of Kazakhstan’s 100 New Faces. 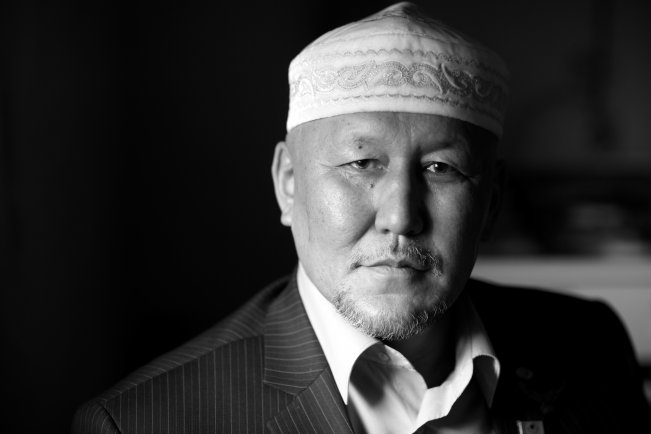 “My father, grandfather and great-grandfather were engaged in crafts. This is in our blood. Unfortunately, earlier I did not have time for art. I worked, I did sports, but only after one day, ill-fated or happy, I continued the work of my ancestors,” he said.

Assylbai fell from a construction crane in 1997. As a result of a fractured spine and numerous other injuries, he could not stand or walk.

“For three years, I could not even move. Then, I began to work intensively and this helped me to stand on crutches. I did not sit in a wheelchair – I gave my word that I would not sit in it and I have not violated that word for 20 years,” he said.

While watching a TV programme about famous Kazakh folk artist and craft master Darkembai Chokparov, Assylbai realised the next path for his life. For several years, he spent each summer  working with the master to learn and hone his skills, then opened his own small workshop.

His first undertaking was outfitting a Kazakh warrior with a 25-kilogramme chain mail, a three-year project. Assylbai did not have clear instructions as to how to make the armour, joining tens of thousands of wire rings in an uncomplicated pattern. When the military uniform was complete, he presented the creation at an exhibition. He also showed his work at the fair held as part of EXPO 2017.

Assylbai shares his knowledge and techniques with his students, a group that is growing every year. He also works with individuals with challenges who are seeking to learn new skills. He advises all to find their passion, believing every person is the blacksmith of his or her own happiness.