By Aidana Yergaliyeva in People on 3 July 2018 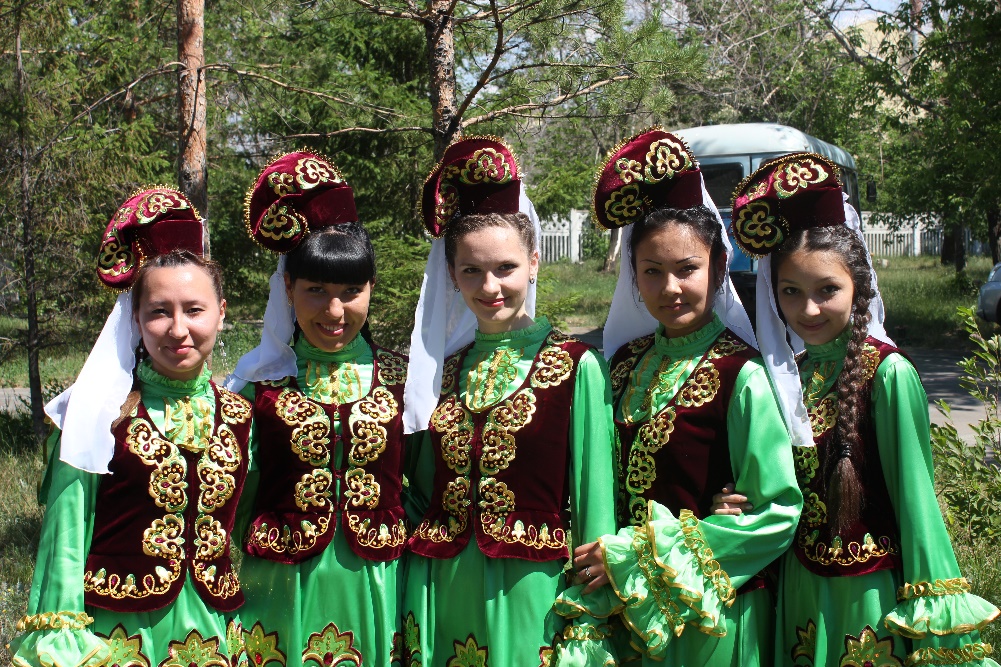 Astana is a home to approximately 10,000 Tatars and 500-800 Bashkirs. Tatars first came to what is now Kazakhstan in 1552 and another wave of settlers came in the early 20th century.

The cultural centre promotes Tatar-Bashkir culture and helps the younger generation of ethnic Tatars and Bashkirs remember their history. The Tan cultural ethnical centre is one of 18 Tatar-Bashkir centres affiliated with Idel, the largest ethnic association in Kazakhstan.

The centre’s largest annual event is the Sabantuy, which is the annual folk festival of the end of spring field work. The holiday embraces the Tatar-Bashkir ancient agrarian past. Astana celebrated it on June 24 near the Zhastar youth palace.

“There were not only Tatars and Bashkirs but all the ethnicities that live in Astana. There were a lot of people. They came and supported us. You know, how wonderful it is when all peoples live in friendship and harmony. And we do not have any conflicts among ourselves,” Zemfira Nizamutdinova, centre executive director recently told the Astana Times about the celebration.

The centre has also helped organise a Chak-Chak Party, a celebration of Tatar traditional food, and a Miss Tatarochka beauty contest among women of Tatar ethnicity.

The centre also works with other Idel association centres to organise scientific and other conferences that discuss problems around the preservation of Tatar and Bashkir culture.

The cultural centre also welcomes those who wants to learn more about the Tatar-Bashkir culture at Sunday schools and offers free classes to study the Tatar language.

For those interested in historical and sacred places, Nizamutdinova also suggests visiting a few sites in Astana.

One site is at the intersection of Abai Street and Respublika Avenue near Zhastar Park where one can find a wall that remained from the Green Mosque that approximately dates back to late 19th century.

“You can see on the bricks in which year they were made, it’s in the 1890s,” said the director.

Another sight is on Imanov Street where one can find the houses of merchants that are being restored.

To learn more about the culture and traditions of Tatars and Bashkirs, Nizamutdinova also advises visiting the House of Friendship that was opened recently on Momyshuly Avenue (the reconstructed Wedding Palace). The houses of friendship serve as local headquarters of ethnic associations that form part of the Assembly of the People of Kazakhstan. They offer concerts, events and language training.

The director also recommends visiting the photo exhibition of Nurmukhamat Imamov who was a Bashkir living in Kazakh Autonomous Soviet Socialist Republic working as a photojournalist and local historian. The exhibition began June 29 and will be on display for one month at the Independence Palace.