ASTANA – Kazakh police have confirmed two men have been detained on suspicion of killing Kazakh figure skater and Olympic bronze medallist Denis Ten July 19 and that both men have confessed. 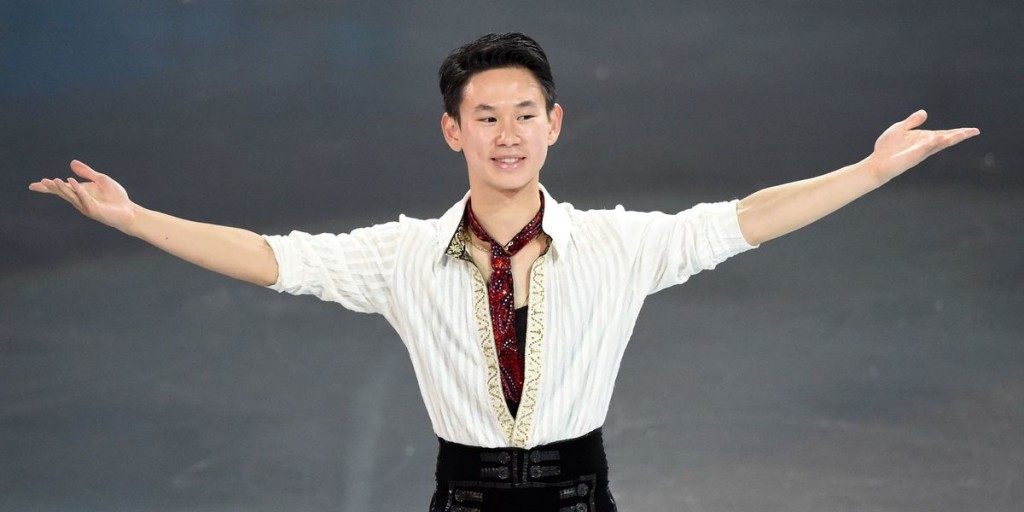 Denis Ten died July 19 at the age of 25 after being stabbed in his thigh after he caught two men trying to steal the side mirrors of his car. Ten was taken to the hospital, where he died of blood loss a few hours later.

“As part of the investigation, including verifying testimonies of witnesses and studying outdoor surveillance cameras at the site of the crime and surrounding areas, the suspects were identified. Nuraly Kiyasov, born 1994 in the Zhambyl region was detained. He confessed in the presence of attorney. He was placed in a temporary detention facility,” said Almaty Chief Prosecutor Berik Zhuiriktayev during a July 20 press briefing.

The second suspect, 23-year-old Arman Kudaibergenov from the Kyzylorda region, was detained July 20.

The judge decided July 20 Kiyasov will remain in custody for two months, while pre-trial investigation is underway.

The police initially said Kudaibergenov pleaded guilty to stabbing death, Kiyasov, however, claimed July 24 he was the one to stab the athlete.

“Currently, a pre-trial investigation into the crime specified in second part of Article 99 in the Criminal Code of Kazakhstan is continuing. Suspects Nuraly Kiyasov and Arman Kudaibergenov confessed to committing this crime and submitted material evidence. In particular, suspect Kudaibergenov, when verifying testimony at the crime scene, showed where knife was hidden. It was confiscated and included in the case files,” said the city internal affairs department July 24.

“As for the details of the crime and positions of suspects, today it is not something new when suspects, after being detained, shift the blame to their partners in crime,” said Zhakupov.

He also said the two suspects were previously charged with theft of car mirrors.

The police said in a statement Kudaibergenov was charged with theft in August 2013, when he attacked a man and stole his mobile phone. The court then sentenced him to one year.

Kudaibergenov was supposed to face trial in July in Astana, after he was caught July 11 attempting to steal side mirrors in the capital, reported time.kz.

Astana resident Sapar Shamsiyev, whose side mirrors Kudaibergenov was trying to steal, said he was sure the defendant is in jail.

“The police said the trial will be in seven or ten days and they will invite me. The police also told me the man (Kudaibergenov) was detained, that he was previously sentenced, and that he confessed,” said Shamshiyev, as reported time.kz.

The police, however, released Kudaibergenov July 13 under certain conditions.

“Until today, I was sure he is in jail waiting for trial. But today I learnt from the criminal police officers, who came to me to identify the person, that he was in Almaty and is a suspect into Ten’s murder,” he said.

“How can this happen if he was previously sentenced and secondly, he confessed? The police did not say anything,” he added. “If the police had not released him, he would have still been in Astana and would never have come to Almaty and consequently nothing would have happened,” he said.

Ten’s death also spurred a public discussion and its questioning of local police and the work of internal affairs bodies.

“Today, the effectiveness of the work of internal affairs bodies is on the agenda. Why 70 percent of people from regions can come freely to Almaty, why illegal sale of stolen items is on the rise, why the staff of the Almaty internal affairs department has low efficiency, why there is such a high employee turnover [in the department]. There are many questions, tension is high. We want to get answers, the public is outraged,” said chair of the Almaty City Public Council Rakhman Alshanov during a July 23 council meeting.

“The incident would not have received such attention, had it not been Denis. As for those detained, one of them should have been in Astana and should have faced trial, but not be in Almaty. It happened this way, because this is how the law works. My suggestion is to review the law, humanisation does not work here, we are not Europe. Criminals must not be released,” said Council Member Alibek Shapenov.

Almaty has seen a rise in recent years of car thefts due to their high costs and their consequent illegal sale. Side mirrors are among most common car parts targeted by thieves.

“The cost is minimal. And it is a profitable business for someone. This does not make news for our police. There are many questions to the interior ministry and police, as a tragedy occurred during the day time in the city centre,” said Yedokov, as reported by Tengrinews.