Number of children in Kazakh orphanages decreases 40% in five years

By Dilshat Zhussupova in Nation on 20 July 2018

ASTANA – The number of children in Kazakh orphanages has decreased 40 percent in the last five years, as 4,445 children have been returned to their biological families. Approximately 6,000 remain in orphanages, leading to the reorganisation and closure of 50 facilities. 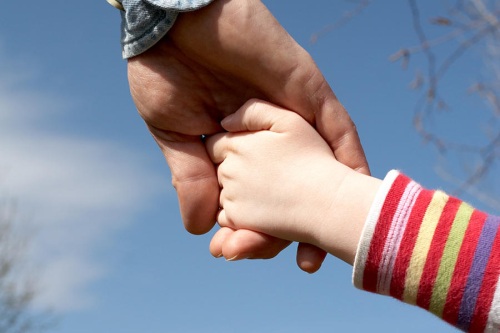 Of Kazakhstan’s five million children, approximately 26,000 are orphans and without parental care. Seventy-eight percent are under guardianship and foster care in Kazakh families and 21 percent are raised in orphanages.

Efforts to keep youngsters in their biological families have been facilitated by early identification of family problems and provisions by state authorities for comprehensive assistance to families in difficult situations.

In May 2017, the Kazakh Ministry of Education and Science approved new rules for Centres for the Support of Children in Difficult Life Situations, organisations distinct from orphanages. Their expanded activities aim to help youngsters in adverse family conditions and those suffering cruel treatment, in addition to children from disadvantaged families. Psychological, social and legal assistance is provided to mitigate family problems at an early stage.

In addition, public foundations such as Zhanuya and Ana Uyi have played an increasingly important role since 2016 in transforming orphanages and developing family arrangements for children without parental care.

The efforts of special services and foster parent schools have also led to a decrease in the number of orphanage returnees after adoption, patronage, custody or foster care is cancelled. Foster parent schools, in particular, centre on training those who seek to raise children who lack parental care. Only 125 children were returned in 2017, compared to 195 in 2016 and 246 in 2015.

Kazakhstan has been undertaking a number of actions in accordance with the recommendations of the United Nations Committee on the Rights of the Child to curb the growth of the number of orphanages and place children in them as an extreme and temporary measure.

Transferring children under adoption, patronage, custody and foster care is regulated at the legislative level and financially backed by the state. To ensure transparency in orphanage activities and procedures, a guardianship council and national databank of orphans and children without parental care have been formed.

Nurbek Orshubekov, Chair of the Committee for the Protection of Children’s Rights under the Kazakh Ministry of Education and Science, relayed the meaningful housing and educational support provided to children in orphanages. As in the case of Great Patriotic War participants, orphans and children without parental care may receive housing from the state housing fund. Since 2014, 4,459 children in this category have become homeowners.

An account is also opened within the state-funded educational system for every student in an orphanage to receive an education at a Kazakh university or college. As a result, 7,779 students in orphanages have received assistance worth more than five billion tenge (US$14.47 million) since 2014.

“The aim is to socialise the students in these orphanages,” said Orshubekov. “Two hundred and twenty-five students continued their studies at universities and colleges in 2017 and the programme will continue its work in the future.”