By Aidana Yergaliyeva in People on 30 July 2018 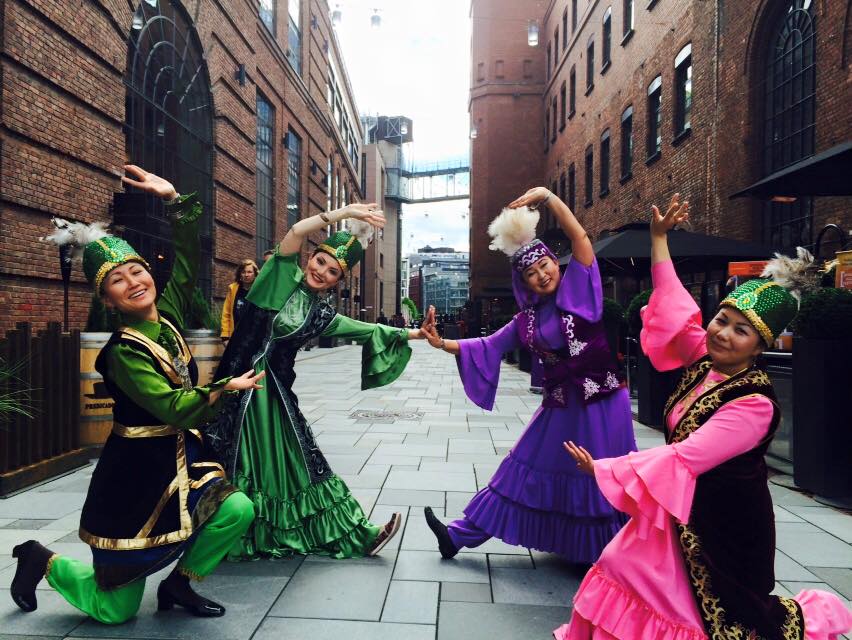 The globalised world has allowed many Kazakhs to travel far beyond the steppe, making them, as it is fashionable to say, digital nomads. The new technology and common trends dictated by the developed world have a significant influence on people’s daily lives, yet the importance of identity and culture seem to rise in direct proportion to the increasing interdependence. NKKS is a good example of this trend.

Although the first Kazakhs to settle in Norway apparently came as prisoners during World War II, today the main reason is travel, study and work. Nevertheless, it was always a challenge to bring even their small numbers together. To remedy the situation, Almagul Kalelova, who came to Norway in the early 2000s to study and remained in the country to teach choreography, established NKKS in 2011.

The centre welcomes anyone interested in Kazakh culture and traditions. It conducts events and has formed dombra groups and dance bands. Its goal is preserving, cherishing and promoting Kazakh identity and the centre is a small island for those who miss their homeland.

“I came from Kazakhstan. Kazakhstan is part of my heart. Although I don’t live in Kazakhstan, I will try to do everything possible for my country, my people… Of course, since we live abroad we are the so-called ambassadors of the country and we need to advertise Kazakhstan so people will be attracted to visit the country,” said NKKS active member Saule Kudaibergenova.

For the past three years, the centre has organised children’s summer camps where youngsters learn about Kazakh culture and language through activities such as handcrafts, cooking, singing, dancing and staging fairy tales.

NKKS arranges events to create links between various Kazakh societies abroad, with an emphasis on cultural exchange. In addition to dedicating the summer to promote Kazakh culture, it arranges small exhibits and explores Norway’s forests and seas. The events are open to all and locals have shown an interest in learning about a new culture.

“We have done several cooking courses, for example. When we advertised the Kazakh cooking course, Norwegians were coming in great numbers. They were very interested to cook together. We were making baursaks (puffy fried bread), manti (traditional big dumplings) and samsa (baked samosa with a savoury mince meat filling). [First, we] cooked it together, [then] ate it together. We had fun and talked a lot about Kazakhstan,” she said.

NKKS will be promoting Kazakh family values, as the focus of future projects will be on kids. It wants to encourage cultural exchange by raising a charity fund and inviting children from underprivileged families in Kazakhstan.