By Aigerim Seisembayeva in International on 10 July 2018 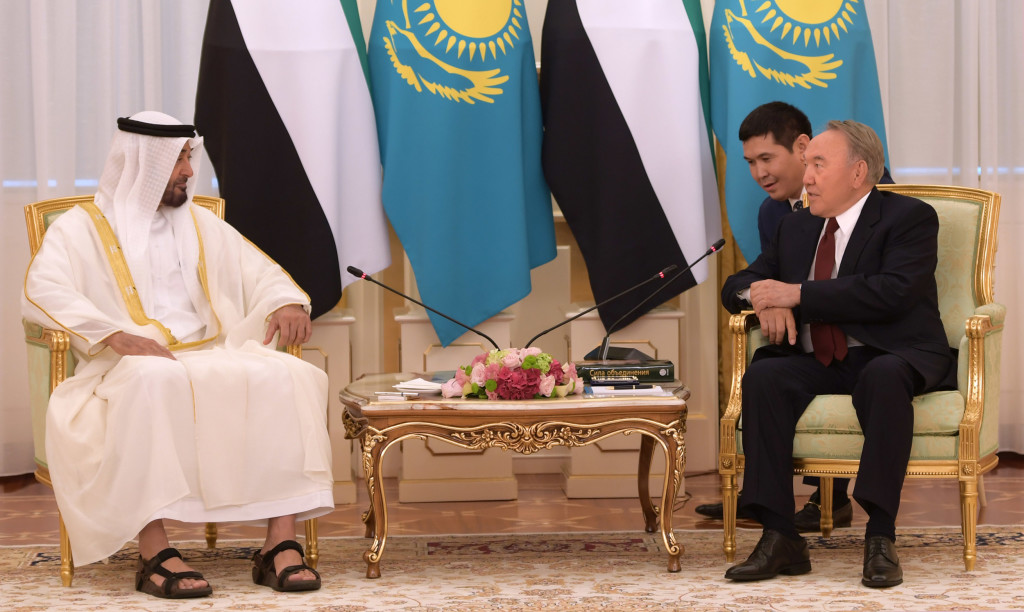 The sides discussed bilateral cooperation with Nazarbayev noting the friendly relations between Kazakhstan and the UAE.

“Thanks to our warm bilateral relations, the cooperation between businesses and governments of our countries keeps developing. The volume of trade has doubled. We have reached agreements in investment protection and taxation,” said the President.

They discussed hydropower projects and the construction of a gas chemical complex.

Nazarbayev praised the UAE’s work on science and technology development and the effectiveness of the visa-free regime between the two countries.

The President also spoke about social and infrastructure projects supported by the UAE.

“We have established brotherly relations with you. We consider you an older brother and respect your rich life experience. Thirty years ago, no one expected the changes that took place in Kazakhstan. Today, Kazakhstan is a leader and one of the key states in the region. All of this has been achieved thanks to your wisdom and vision,” said the Crown Prince.

President Nazarbayev presented the Crown Prince of Abu Dhabi with a book by his father Sheikh Zayed bin Sultan Al Nahyan “The Power of Unification” published in Kazakhstan and the “20 Years of Astana” anniversary medal.

The meeting also resulted in the signing of bilateral agreements on the transfer of convicted persons as well as cultural and informational cooperation.