ASTANA – Kazakhstan is home to people of different religions and confessions, including the Jewish community. In a recent interview with The Astana Times, Chief Rabbi Yeshaya E. Cohen discussed the history of Jews in Kazakhstan, the country’s religious tolerance model and Jewish values. 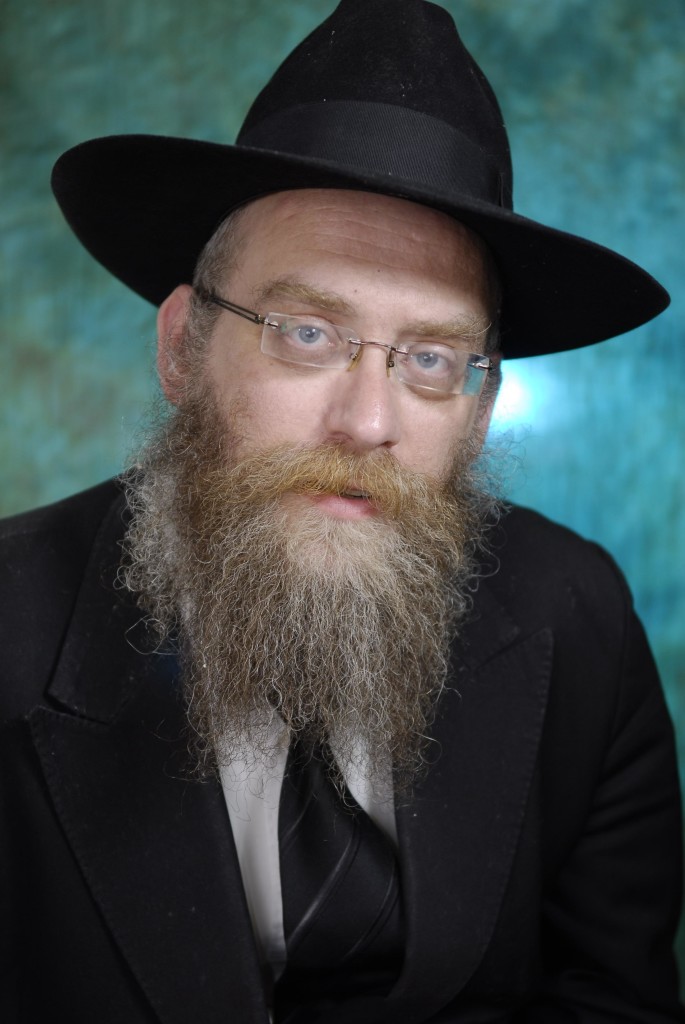 The Jewish community, with its long history in Kazakhstan, is prospering, he said.

One of the first indications of Jews in the nation dates to the 19th century, as in 1825, 12 people of Jewish faith lived in the then-Semipalatinsk district in eastern Kazakhstan.

“They were merchants who travelled with their caravans to and from trading centres. We also know of Jews in the medieval city of Turkestan, where ruins of a 15th-century synagogue and an ancient Torah Scroll have been discovered,” said Cohen.

In 1827, Russian Emperor Nikolai I introduced mandatory military service among Jewish men and obligated minors to military education in canton schools in remote parts of the Russian Empire.

The decree led to the increase of Jewish community. By 1870s, Verniy, as Almaty was known in the late 19th century, became home to the first Jewish community, mostly consisting of soldiers and cantonists, who, by the decree, were separated from their families and roots for 25 years.

“The community was not big, counting hardly more than one hundred,” he noted.

The first synagogue opened in May 1884 in a small wooden building and 24 years later the local administration registered the Jewish prayer society.

Another inflow came during the Great Patriotic War, when the Jewish population was evacuated from the European parts of the Soviet Union to Central Asia, primarily Almaty. Many Jewish families also suffered from Stalin’s repression and were deported to Kazakhstan from Belarus, Georgia, Russia, Ukraine and the Baltic countries.

“Later on, many specialists came to Kazakhstan to work on large-scale Soviet projects such as the Virgin Lands Campaign and construction of the Baikonur Cosmodrome and stayed here for a long time with their families,” he said.

“When I arrived in Almaty, it was an entirely different atmosphere: kind and friendly people. Quite the opposite of what I had experienced during my stopover. It is very important to continue teaching your children to be hospitable and helpful, similar as they did for generations in Kazakhstan. This is key for the nation’s wellbeing,” he said.

The dissolution of the Soviet Union and the independence of Kazakhstan entailed a “dynamic revival of Jewish traditions among the local Jewish population,” he noted.

“When the USSR broke up, people could return to their ancestors’ traditions: Jews, Kazakhs, Russians and other ethnic groups could observe their holidays and customs openly without fear of being arrested and charged with anti-Soviet activity as had been the case for seven decades. Jews in Kazakhstan, like in other former Soviet republics, felt they could now live their spiritual life,” he added.

Jews had a strong desire and commitment to revive customs, including celebrating Shabbat and ancient holidays.

“The Jewish community of Kazakhstan requested the CIS (Commonwealth of Independent States) Chabad Association to send a rabbi. At the time, I had already completed my studies and served as assistant to the Chief Rabbi of the Grand Choral Synagogue of St. Petersburg.  I offered to serve in Kazakhstan – and here I am, for almost 25 years now,” said Cohen.

He believes the arrival of Rabbi Levi Yitzchak Schneerson marks the “start of the modern stage in the history of Kazakhstan Jews.” Born in Ukraine in 1871, for many years he served as chief rabbi of Dnepropetrovsk, Ukraine, and is considered an important figure for Jewish community in Kazakhstan and abroad.

In 1939, Rabbi Schneerson was charged with anti-Soviet propaganda and exiled to Chiili in the Kyzylorda region in southern Kazakhstan, where he continued teaching Torah.

“Rabbi Schneerson supported the spiritual life of Jews while in exile and died performing his sacred duty. Rabbi Schneerson’s mausoleum is in Almaty and every year people from around the world come here to commemorate him,” said Cohen.

Several thousands will gather in Almaty this summer to visit Schneerson’s tomb on his death anniversary, said Cohen.

Kazakhstan has six synagogues in Almaty, the capital, Karaganda, Kostanai, Pavlodar and Ust-Kamenogorsk, all built after Kazakhstan gained its independence. The first opened its doors in Almaty in 1997.

“The spacious and beautiful Astana synagogue opened in 2004 and President Nursultan Nazarbayev attended the opening ceremony. The last synagogue was unveiled in Karaganda in 2015,” he said.

Jewish values do not separate spiritual and material life.

“The wellbeing of a person, in other words the material aspect, depends on how well they fulfil the will of God, the laws governing the world that He created. And this is not just about prayers – the spiritual aspect – but the everyday conduct of a person. No killing, no stealing is the moral aspect that impacts the material,” he added.

Counting the number of Jews is difficult, as in Soviet times many people were forced to conceal their ethnicity or use documents to switch to another. Cohen, however, believes there are several tens of thousands of Jews in Kazakhstan.

“Many people, therefore, do not know their past. Sometimes, you hear people say they are Russians, but once you ask who their mother and grandmother were and in Jewish tradition the ethnicity is matrilineal, they say they were Jewish. We still have no clear idea about how many Jews there are in Kazakhstan, because your documents may say one thing while the reality can be quite different,” he said.

Celebrating Hanukkah, he noted, is a “reflection of the tolerance model in Kazakhstan,” as the holiday gathers representatives of the nation’s different religions and communities. The winter holiday often coincides with Kazakhstan’s Independence Day.

“I like when Hanukkah, which lasts eight days, falls on Dec. 16. It is a reason to be twice as happy, for we still remember the Soviet times when everybody had to be the same, as people were afraid to express themselves in their clothes, thoughts and beliefs,” said Cohen.

Jews also take an active part in the Congress of Leaders of Traditional and World Religions held annually in Kazakhstan. This year’s event is scheduled for Oct. 10-11.

The security component on the congress agenda gives extra meaning and significance to the event, he said.

“Today, we see more and more people distorting the words of God in pursuit of material benefits, be it money or power, and skilfully using their distorted rhetoric to capitalise on deaths. All religions hold human life as the highest of values, but extremists substitute these values, justifying deaths in the name of their ideas,” he added.

Cohen believes the goal is to make religious leaders heard by people from different countries, those living in peace and those suffering from terrorism. In his experience, he noted the congress has never witnessed an argument between participants or attempted to “identify the best religion or create a new one.”

“All of the issues discussed are about love, friendship, kindness, life and peace, things that unite the different religions in today’s world of atheism,” he said.

“Our holy books say that once the Lord was looking for a vessel to hold His blessing and the only one He could find was peace. This means that God will give us His blessing as long as we try to keep peace. I wish for everybody in Kazakhstan to distance themselves from evil and injustice and sow only good and peace. This will bring wellbeing and accord both to this and future generations,” the rabbi said.

“May God bless Kazakhstan and grant peace and prosperity!” he added.