By Zhanna Shayakhmetova in Culture on 18 July 2018

ASTANA – Exhibits of priceless Kazakh art and photography of ancient sites opened July 12 in Xi’an, the capital of China’s Shaanxi Province. The Legacy of the Great Steppe: Masterpieces of Jewellery Art exhibition and the Sacred Kazakhstan photography exhibition feature 370 valuable items, including 196 authentic artefacts and 174 copies. 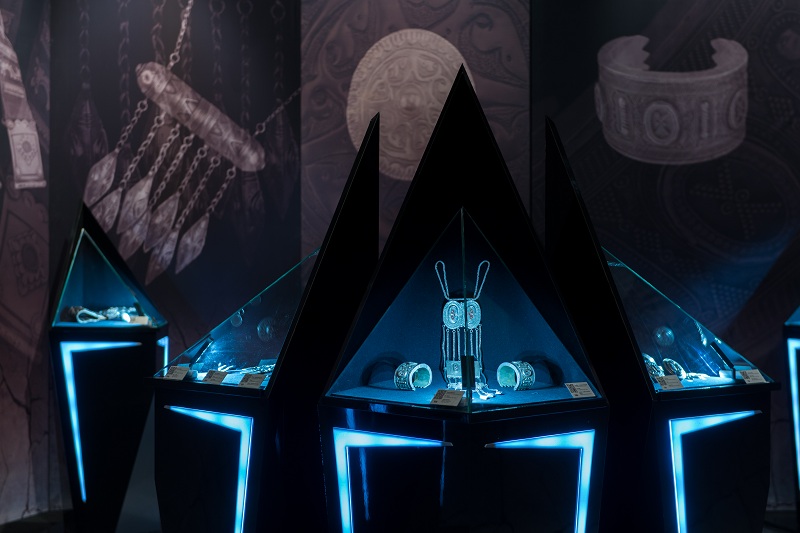 The National Museum and Historical Museum of Shaanxi Province initiated the event to promote and expand cultural exchange between Kazakhstan and China as part of an on-going global museum project through which Kazakhstan’s Golden Man is making his way through the world’s museums.

The Golden Man, or Altyn Adam, is perhaps the most famous and significant archaeological discovery in Kazakhstan to date. Kazakh archaeologist Kemal Akishev discovered the Saka gold artefacts near Almaty in 1969 (the Saka were a group of Eurasian nomads). In a site known as the Issyk burial, he found a warrior’s costume made from approximately 4,800 gold items of warriors’ attire sent to the afterlife with a Saka warrior.

The travelling exhibition includes the set of gold armour, a silver bowl with runic inscriptions and a golden badge with two mirror-reflected leopards. 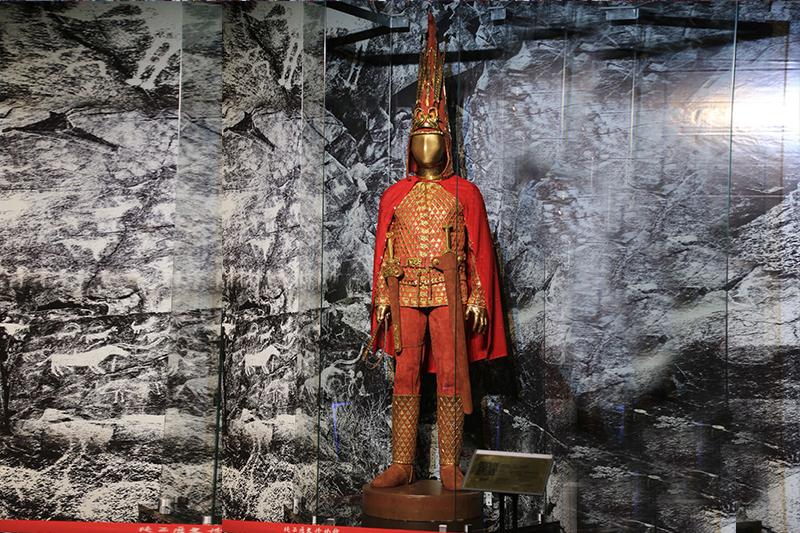 The exhibition also features unique works of jewellery art dating from the beginning of the 15th century found in the Sairam settlement in southern Kazakhstan and artefacts found in the Taldy II burial site in central Kazakhstan, which date to the middle of the second half of the 7th century BC.

It displays items of the traditional attire of Sarmatian noble women, another nomadic group that lived from the end of the sixth to the middle of the fifth century BC, that were found in western Kazakhstan in April 2012. More than 500 fragments of various gold items were discovered in that burial site, and exhibit characteristics of the Scythian-Siberian animal style.

“The exhibits are only a small part of the gold items from the museum’s funds. Unknown artisans created the items, which demonstrate the uniqueness of Eurasian culture and the continuity of its artistic traditions,” reported the press service of the museum.

Ambassador of Kazakhstan to China Shakhrat Nuryshev said at the opening ceremony for the exhibits that both countries pay special attention to their current cooperation in light of their Great Silk Road links. The exhibition of the culture and art of Eurasian nomads will contribute to the understanding of the culture and diversity of China’s neighbour and help strengthen ties between the peoples of the two countries.

The exhibition in China will last until Sept.12.