ASTANA — Kazakhstan’s correctional facilities will be reconstructed corresponding to the international standards in which convicts have to be detained in a single prison cell, said Prosecutor General Kairat Kozhamzharov in his interview with informburo.kz. 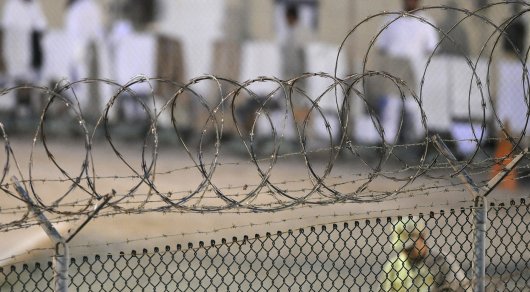 Kozhamzharov discussed measures to strengthen the rule of law and the prospects for the development of human rights mechanisms.

“First of all, room colonies will be reconstructed into the separate prison cells. According to international standards, every convict has to be detained in a single prison cell. It is planned to gradually reconstruct the residential blocks of operating colonies to comply with the international standards. It is also suggested to create conditions for convicts to serve the punishment based on the place of residence,” said Kozhamzharov.

There are correctional facilities that are morally obsolete, said Kozhamzharov.

“There are prisons built in the 19th century. Convicts deserve strict punishment, but they are deprived of the most precious, their freedom. Their detention conditions should not be an additional punishment. It should not humiliate the person’s dignity. This is based on the United Nations Convention against Torture (UNCAT) which has been ratified in Kazakhstan,” added Kozhamzharov.

Kozhamzharov highlighted that many efforts have been made this year to solve these issues.

“Last April, we examined reconstruction of correctional facilities at the extended board of the Prosecutor General’s Office with the participation of the country’s Security Council and interested state bodies. President Nursultan Nazarbayev and the country’s Security Council supported our proposals for the modernisation of penitentiary system and bringing it in line with international standards. The government is already finalising the formulation of a development roadmap,” he said.

Kozhamzharov added measures will be taken to digitise procedures to ensure the transparency of the punishment process.

Kazakhstan’s strategic goal to enter the 30 most-developed countries, along with other factors, requires the solution of a set of tasks to improve criminal policy, modernise the public security system, create an optimal justice system and strengthen the protection of human rights and freedom. This work is carried out with the participation of the Prosecutor General’s Office.