By Abira Kuandyk in International on 3 July 2018

ASTANA – Nepal’s capital, Kathmandu, recently hosted a round-table discussion on cooperation in trade and investment between Kazakhstan and Nepal with the participation of Ambassador of Kazakhstan to India Bulat Sarsenbayev. 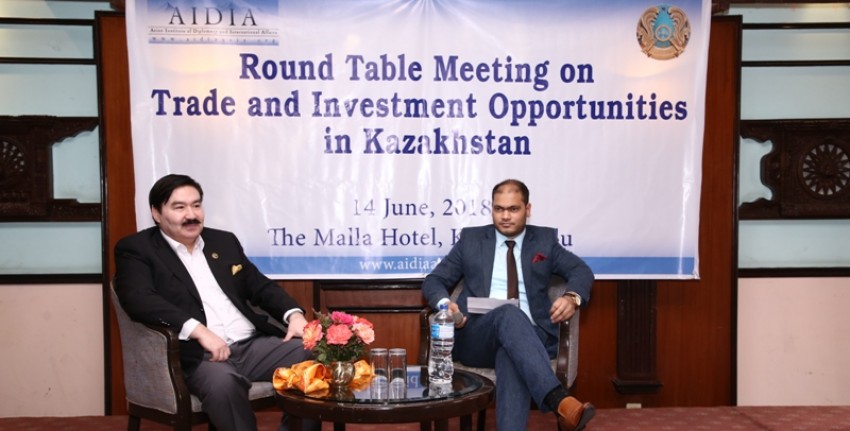 The main potential areas of cooperation between Kazakhstan and Nepal were discussed, as well as fostering a favourable business climate and increasing tourism, the Kazakh Foreign Ministry press service reports.

Exploring new horizons in trade and investment in Kazakhstan was the main objective of the meeting, Sunil noted. He also emphasised the growing prominence of Kazakhstan in the international arena and reviewed the current status of bilateral relations between the countries.

Participants learned about planned events related to Astana’s 20th anniversary and expressed great interest in the Global Silk Road Cities’ Mayors Forum and the Astana International Financial Centre’s official launch taking place prior to the July 6 celebration of the Day of the Capital. Sarsenbayev had discussions with Kathmandu Deputy Mayor Khadgi Hari Prabha and Lalitpur Mayor Chiri Babu Maharjan. He invited both to the mayors forum in Astana.

Kazakhstan and Nepal also participate in the implementation of China’s expansive Belt and Road Initiative, a multi-national transport and connectivity project.