By Abira Kuandyk in International on 31 July 2018

ASTANA – The UN Security Council (UNSC) adopted a resolution on children in armed conflict July 9, underlying the connection between protecting children and preventing conflict. Kazakhstan served as a co-sponsor of the document and directly participated in drafting the resolution, reported the Kazakh Foreign Ministry press service. 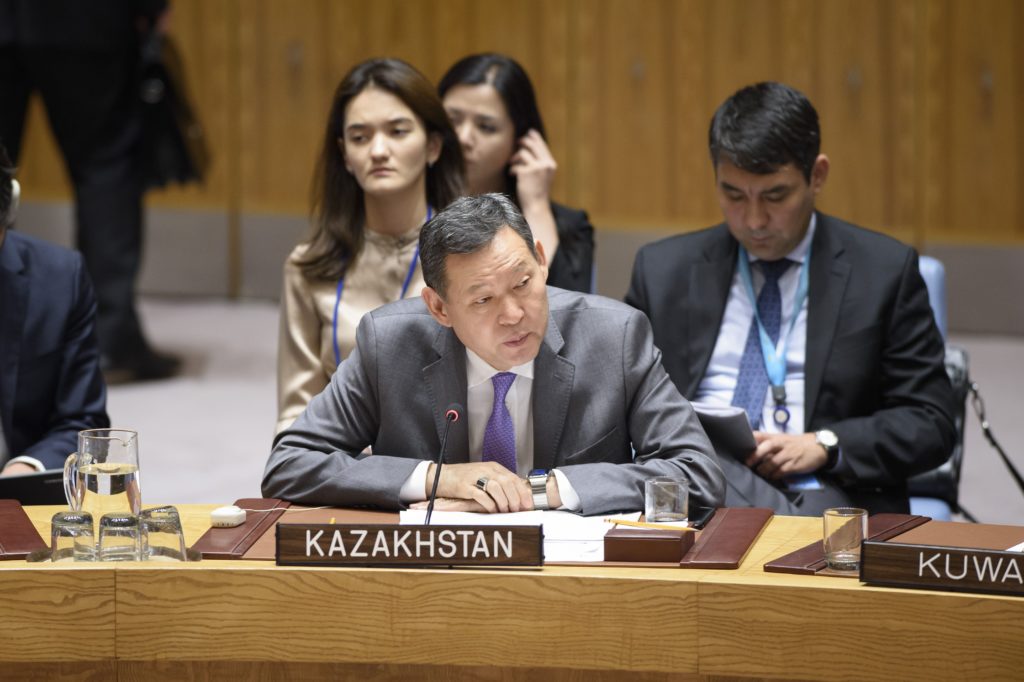 The resolution was adopted following a UNSC open debate on children and armed conflict with the theme, “Protecting Children Today Prevents Conflict Tomorrow.” The discussion, at UN headquarters in New York, was chaired by Swedish Prime Minister Stefan Löfven.

“The unanimous adoption of this document and the large number of co-sponsors proved that there is a strong consensus among member states on the importance of the issue. We must use the unity to safeguard children, our most precious resource, through collective and comprehensive measures,” said Kazakhstan’s Permanent Representative to the UN Kairat Umarov.

He highlighted the need for all UN members to ratify and strictly observe the Optional Protocol to the UN Convention on the Rights of the Child to prevent violence against children. He noted his concern about the significant increase in the scale, complexity and gravity of violations against children in armed conflict, reported the press service.

Umarov underlined the importance of prioritising measures to prevent conflicts, investing in education and creating and supporting rehabilitation programmes for children involved in armed groups. Creating more favourable living conditions, meeting the social and economic needs of children and ensuring inter-religious and inter-ethnic education to promote tolerance are crucial for preventing child abuse and recruitment.

The debate was addressed by UN Secretary-General Special Representative for Children and Armed Conflict Virginia Gamba and United Nations Children’s Fund (UNICEF) Executive Director Henrietta Fore, as well as individuals and senior representatives of more than 70 states and a number of international organisations.