By Aidana Yergaliyeva in Nation on 7 July 2018

ASTANA – Young entrepreneurs had the opportunity to showcase their start-ups and learn from successful business persons at the June 29 Synergy of Kazakh Youth forum. 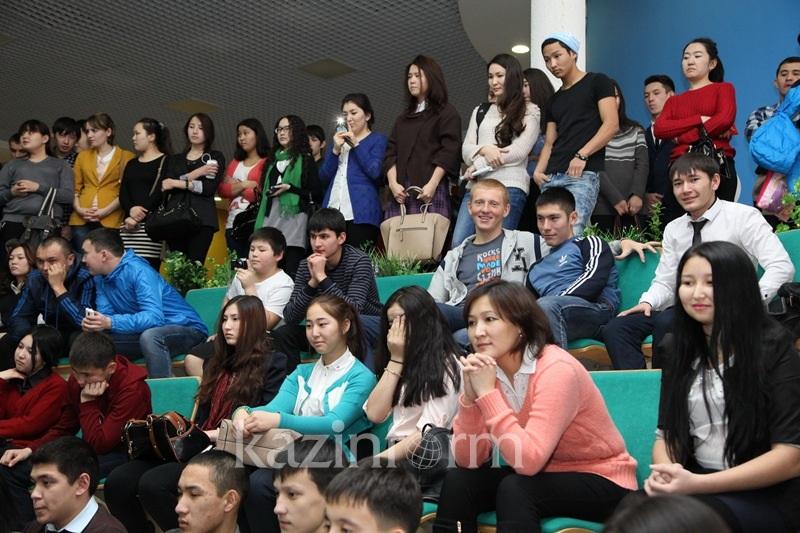 Synergy of Youth was held in honour of the 20th anniversary of the capital. The forum was attended by more than 200 people from around Kazakhstan who are involved in applied arts, the creators of start-up projects and representatives of rural youth and ethno-cultural associations. Approximately 40 projects were presented.

“Our forum is aimed at supporting youth initiatives. Its main task is to create new social opportunities for young people and to show opportunities for further growth in Kazakhstan,” said Leonid Prokopenko, deputy chairman of the People’s Assembly of Kazakhstan, as quoted by inform.kz.

Among them were Kirill Pavlov, counsellor to the founder of Bayserke-agro holding, who talked about innovations and technologies in organic agriculture. Other successful business speakers included Dmitriy Korepanov, with his project “The village is the backbone of the state. Future Farmers of Kazakhstan,” and Vyacheslav Kim, general director of the New Solutions Educational Fund who discussed his new method of teaching languages. Maulen Bekturganov, who is among the “100 New Faces of Kazakhstan” also talked about the challenges of creating a bionic hand prosthesis.

“The most important moment of the forum is not in its economic, but in its spiritual component. Because, ultimately, this communication between generations, between different social categories of people, this is the implementation of the Rukhani Zhangyru programme. Here, the guys personally see that only the cult of knowledge and the cult of labour provide an opportunity to succeed in our society,” said Prokopenko.

At the end of the forum, participants with distinguished ideas were rewarded diplomas and prizes.