By Dilshat Zhussupova in Nation on 31 July 2018

ASTANA – Kazakh comic books will be produced and published to introduce school students to the basics of physics as part of a collaboration between Shakhmardan Yessenov Scientific and Educational Foundation and Khan Comics. 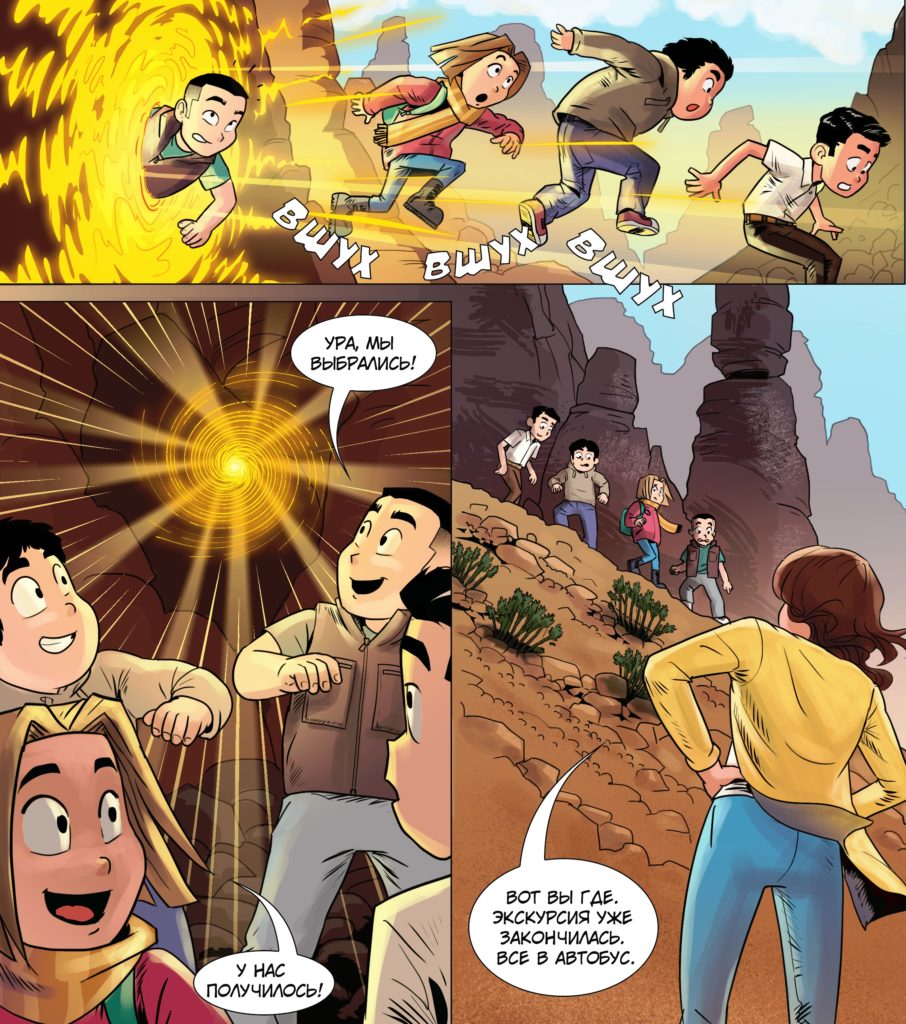 Until recently, Kazakh comics were predominantly produced and consumed for entertainment purposes. Yessenov Foundation, established in 2013, seeks to change that. A series of science-oriented comic books will now be used to teach introductory physics, familiarise students with the concepts they will study in upper classes and foster their interest in the natural sciences.

The story revolves around the adventures of four friends stumbling across unusual situations and, together, solving their way through various tests. The first issue features exploring Kazakhstan’s Charyn Canyon, where they become acquainted with physics. They will continue visiting the nation’s noteworthy places in upcoming issues, exposing young readers to information about their homeland.

The factual content and style are based on “Physics for Entertainment” by Yakov Perelman, a Russian and Soviet science writer and author of popular science books. He popularised physics, astronomy and mathematics among young readers in the 20th century, with many of his works translated into English.

“Comics in the Kazakh and Russian languages, written in an accessible form, will explain the laws of physics to children aged 10 or above, also showing them that they come across these concepts in their daily lives, which they may not have noticed,” said project manager and Yessenov Foundation coordinator Nursultan Nurmukhanov. “We want more Kazakh children to develop their intellectual abilities, including through the familiar medium of a comic book.”

The series was created by a team of three Kazakh artists and a Khan Comics screenwriter and published at a local printing house.

“Our studio has published more than 50 comic books, which are distributed in Kazakhstan and abroad. Still, this project has become an interesting challenge for us. Conveying applied physics through action in comics is an unusual and tricky task,” said Khan Comics co-founder Orazkhan Zhakup. “We are sure that the final product will be a dynamic one, which children will read with interest and look forward to with every new release.”

The comics will be distributed throughout the regions in early 2019 and a portion of the circulated issues will also reach school libraries free of charge.