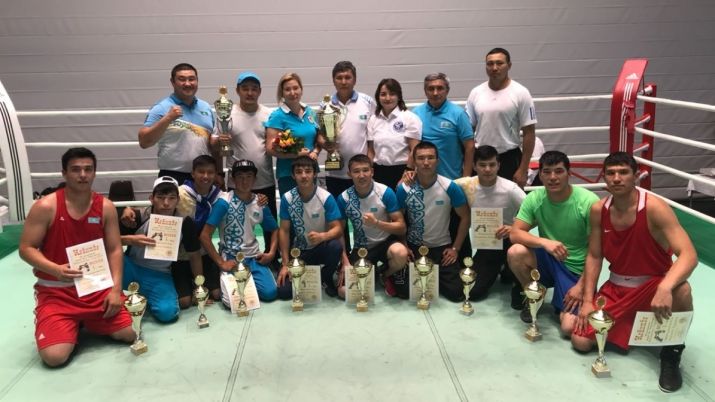 The first gold was won by light flyweight Makhmud Sabyrkhan (49 kg), who secured a 3:2 victory over Adam Hession in the final.

Another gold was obtained by Rakhat Seitzhan, defeating Alexandr Rodionov from Belarus in the 60 kg category.

Nurbek Oralbay in 75 kg category failed to make the finals and won a bronze medal. His opponent Alexandr Sheshunov from Russia advanced to the final and won a gold medal.

In the 81 kg category, the gold medal was awarded to Sagyndyk Togambay, who defeated boxer from Belarus Alexey Alferov in two rounds.

Aibek Oralbay, who was named the best boxer in heavyweight (91 kg) category, also won a gold medal. His opponent Daniil Dubrovskii from Russia refused to continue their bout after the second round.