In 2017, exports of agricultural products from Kazakhstan increased by 12.5 percent, including of processing products – by 10.7 percent. 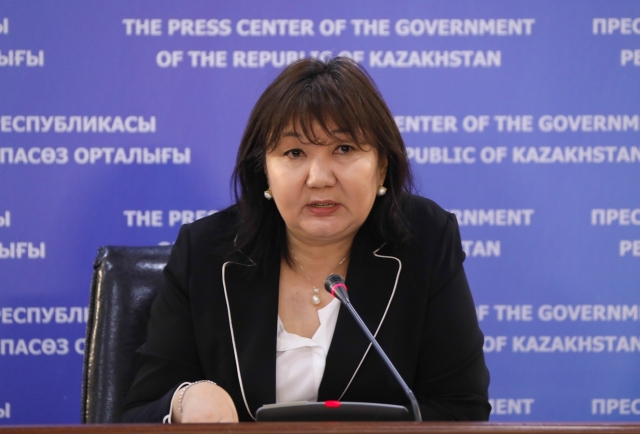 This was primarily due to the huge work of agricultural producers, as well as the measures taken by the Ministry of Agriculture to open new markets.

For instance, the work on harmonising the veterinary and phytosanitary requirements of importing countries resulted in a 34.3-percent increase of exports of domestic agro-industrial products to China. Last year, 7,700 tonnes of soybeans worth $3.1 million, as well as a first batch of 228 pedigree horses were exported to China for the first time. On average, exports of frozen fish, vegetable oil and oilseeds increased three-fold.

In addition, there are permits for the export of frozen lamb, wheat, wheat bran, rapeseed meal from Kazakhstan to China. This year, we plan to agree on veterinary requirements for beef, pork and some types of cereals, legumes and melons. These measures are expected to result in an increase in exports to China of at least 20-30 percent next year.

We renewed our exports of sunflower seeds (11,700 tonnes worth $4.5 million). This year we plan to coordinate with Iran the requirements for beef and live cattle exported from Kazakhstan.

In September 2017, a positive conclusion was received from the Ministry of Environment, Water and Agriculture of the Kingdom of Saudi Arabia on removing restrictions on the supply of cattle and small cattle (sheep, goats) from Kazakhstan to that country.

Currently, negotiations are under way with the Saudi side on the development and harmonisation of a veterinary certificate for the export of cattle and small cattle for slaughter and breeding.

Barriers have also been removed on the supply of meat, meat products and chicken eggs to the United Arab Emirates. As a result, 34.2 tonnes of frozen beef and 24 tonnes of lamb were exported to the UAE for the first time in 2017.

This year, negotiations will also be held with the veterinary and phytosanitary services of Israel, Turkey, Gulf countries, Japan and the European Union countries on the possibility of supplying Kazakhstan’s agricultural products.

Meanwhile, despite the positive indicators on exports of agricultural products in 2017, there are still problems that remain unsolved. One of them is the small range of products: 50 percent of exports is wheat and flour. The reasons behind it are the weak awareness of our businesses about the possibilities of supplying products to new markets, the lack of modern production facilities, the underdeveloped transport and logistics infrastructure and poor promotion of brands of domestic agricultural products.

To solve these problems, first of all we need to explore the potential markets. We should determine which countries our products can be exported to, as well as the volumes, prices, routes, transportation costs, veterinary and phyto-sanitary requirements for Kazakhstan’s products.

Secondly, in cooperation with governmental agencies and organisations we need to create an informational and analytical database of agricultural exports and the Agricultural Exporters Support Centre.

All of this will contribute to the creation of a unified system of supporting exports, creating favourable conditions for domestic producers and reorienting Kazakh agricultural enterprises to new markets. In addition, in order to increase agricultural output that meets international requirements, we need to continue our work on attracting transnational corporations and anchor investors.

Investment projects are being currently developed. These include projects on the construction of a food and semi-finished products factory, a meat-processing plant in the Almaty region, a factory on processing and producing camel and mare’s milk powder in southern Kazakhstan and plants for the production of extruded forages and baby food.

Following the example of developed countries, we need to introduce the post of an agricultural adviser or attaché in Kazakhstan’s diplomatic missions in priority countries (China, Iran, European countries, Australia and Canada). Work in this direction has already begun, and at present the matter is under consideration of the Ministry of Foreign Affairs.

To solve transport and logistics issues, we need to determine operating terminals, storages, warehouses, wholesale distribution centres that are necessary for construction. The adoption of measures requires the stimulation of production and promotion of organic products, including through exhibitions and presentations and the development of a brand of organic products.

These and other problems were raised in the government. The Ministry of Agriculture and other interested state bodies and organisations have already been given instructions with specific deadlines for execution.

The author is the Vice Minister of Agriculture of Kazakhstan.