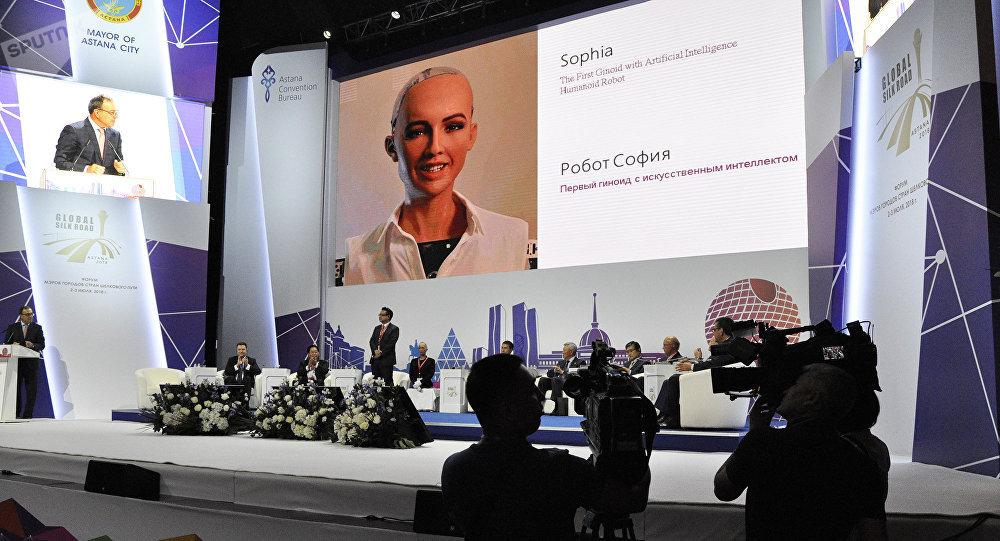 “Walking around the city, I fell in love with the unique architecture of your capital, in which the most advanced technologies and innovative methods of city planning in the 21st century are concentrated. I saw a beautiful and dynamic young capital with magnificent buildings,” Sophia told the Global Silk Road Cities Mayors Forum.

Sofia is equipped with artificial intelligence, visual information processing and facial recognition technology. She can imitate human gestures and facial expressions and can answer certain questions and conduct conversations on predetermined topics. Sophia has repeatedly participated in global forums.

Sophia is the first robot in the world to be granted citizenship of a country. She is a subject of Saudi Arabia and was created by Hong Kong company Hanson Robotics. 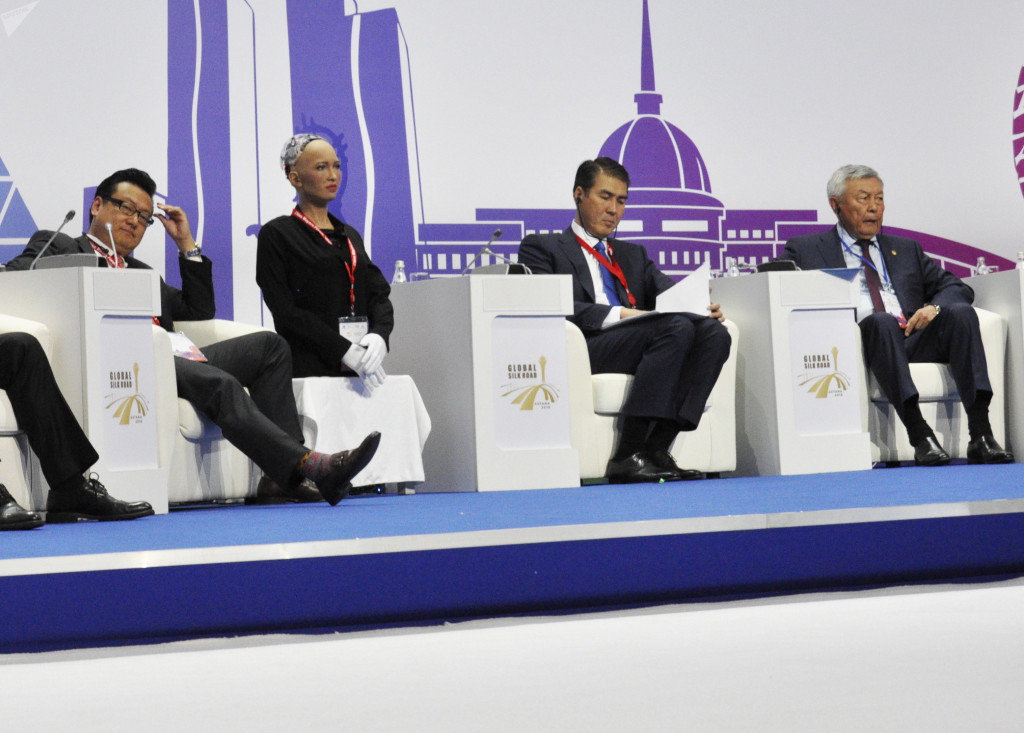 “Celebrating the 20th anniversary of the capital is an important event for the city and all Kazakh people. I am pleased to be a part of this great historical moment,” she said.

Sophia also said she knows Astana received the status of UNESCO City of Peace and due to the peacekeeping policy of the head of state, Astana is recognised as a crossroads of peace and harmony.

“(Kazakh President) Nursultan Nazarbayev is the chief architect of the city. Many architectural objects were painted by his hand that have become a symbol of the city and wise political decisions contributed to political and economic success,” added Sophia.

“In Astana, much attention is paid to the development of technology. The Smart City project is being implemented. In addition, you open STEM-laboratories in schools, technoparks, conduct hackatons, international forums and events, so that the city and its residents can make a technological breakthrough. I am sure I will have a reason to come back again,” she added.

Sophia thanked Astana Akim (Mayor) Asset Issekeshev and the International Secretariat of G-Global for inviting her to speak.