By Aidana Yergaliyeva in Business on 26 July 2018

ASTANA – The Kazakh Ministry of Agriculture and representatives from the World Bank and several transnational agro companies discussed the nation’s exports and new Silk Road food security July 3 during a conference at the Kazakhstan Global Investment Roundtable (KGIR). 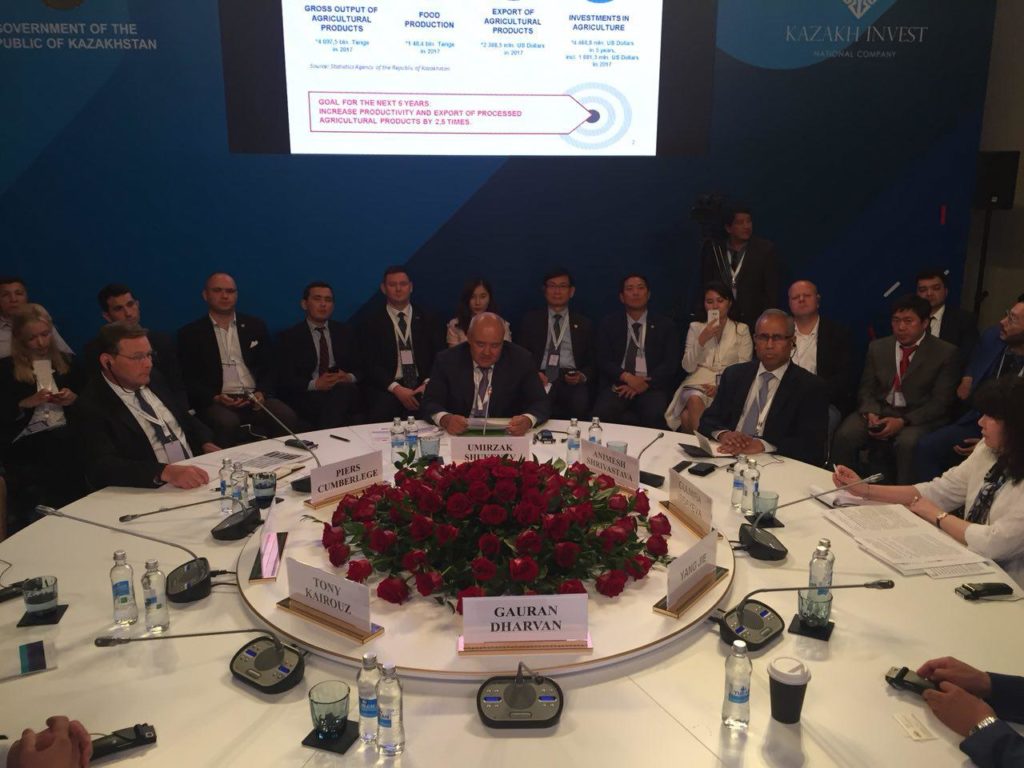 The roundtable with the Minister of Agriculture, The World Bank and representatives of transnational companies. Photo credit: mgov.kz

Deputy Prime Minister and Minister of Agriculture Umirzak Shukeyev presented macroeconomic figures showing the potential of Kazakhstan’s agro-industrial complex. He noted the government is seeking to increase the country’s exports, especially in agriculture, and is making efforts to provide a favourable growth environment.

The latest achievements include successful deals between Kazakhstan and countries including China, Saudi Arabia and the United Arab Emirates (UAE). The nation has also removed restrictions on live sheep and frozen and chilled lamb supplies to Iran, exporting 4,763 live sheep (129.5 tonnes) and 509.8 tonnes of lamb last year to the western Asian nation. Iran has also approved importing Kazakh eggs.

Other countries have established clear requirements on beef imports, as Saudi Arabia and the UAE have removed their restrictions on large and small cattle. The latter also eliminated barriers on meat, meat products and eggs. 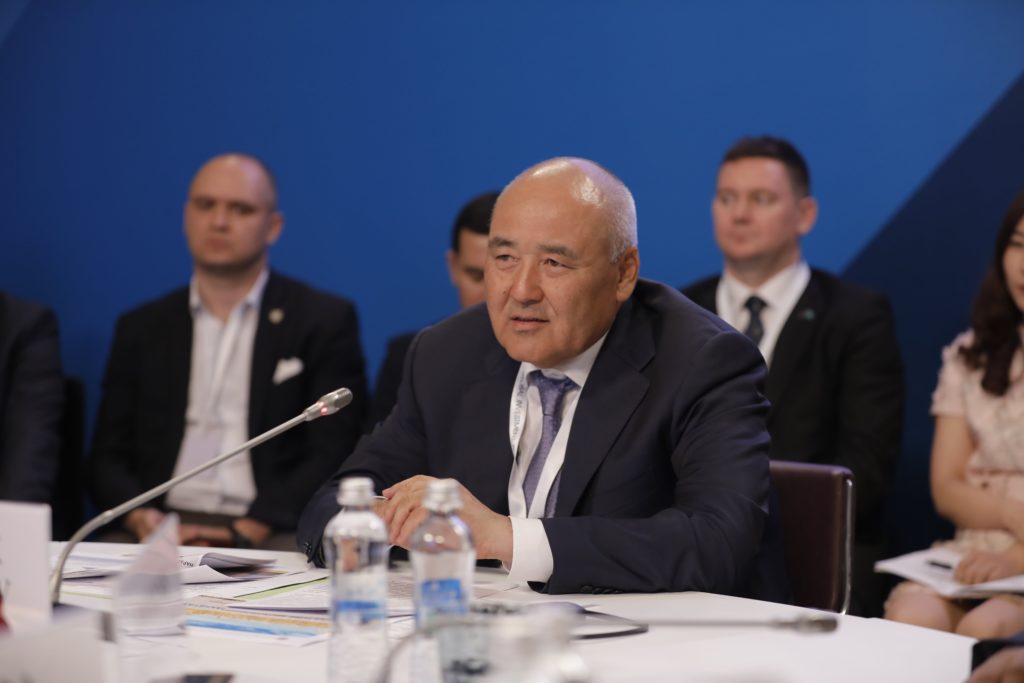 At present, 167 Kazakh enterprises are included on the Chinese and European Union (EU) registries and can legally export agricultural products to the participating countries. Approximately 150 companies are permitted to export to China, while 17 enterprises specialising in fish processing may send their goods to the EU.

Investors are also encouraged to consider Kazakhstan’s location as a perfect transit country. Khorgos dry port on the border with China, Aktau sea port on the Caspian Sea and the Western Europe–Western China international transit corridor have been developing infrastructure specifically for this reason.

Kazakhstan believes it has high export potential. In order to maintain the agreements with the aforementioned countries and ensure further progress, the government revised its approach to agro-industrial state regulation, with emphasis on protecting the domestic market, expanding external sales markets, developing trade and logistics infrastructure and increasing available financing for agro-industrial complex entities.

The agrarian sector has received $4.4 billion in investments in the last five years. Agro businesses attracted $136 million in the first quarter of this year, a 25-percent increase compared to the same period in 2017.