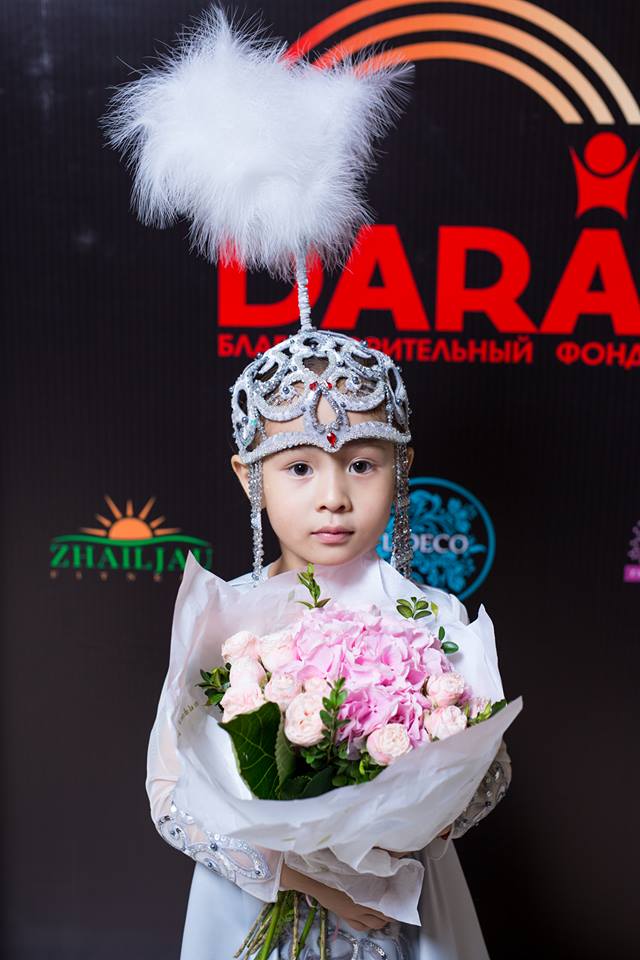 The funds were allocated for the Dara Charity Foundation, aimed at improving living conditions and expanding opportunities for orphans, sick children and those with limited abilities. The foundation carries out its activities through children’s medical institutions, orphanages and boarding schools for youngsters with limited abilities.

“It was Zere’s and her parents’ decision to hold an exhibition and send the raised money to the foundation. The foundation has been leading the Opening the World project since 2015. It appeared after the parents of a blind child addressed us complaining of the lack of special institutions for children with visual impairments in Astana and asked for help. Then, we began to analyse. Indeed, there were no institutions for children with visual impairments in Astana until 2014,” said foundation Vice President Ainur Aimurzina in an interview for this story. 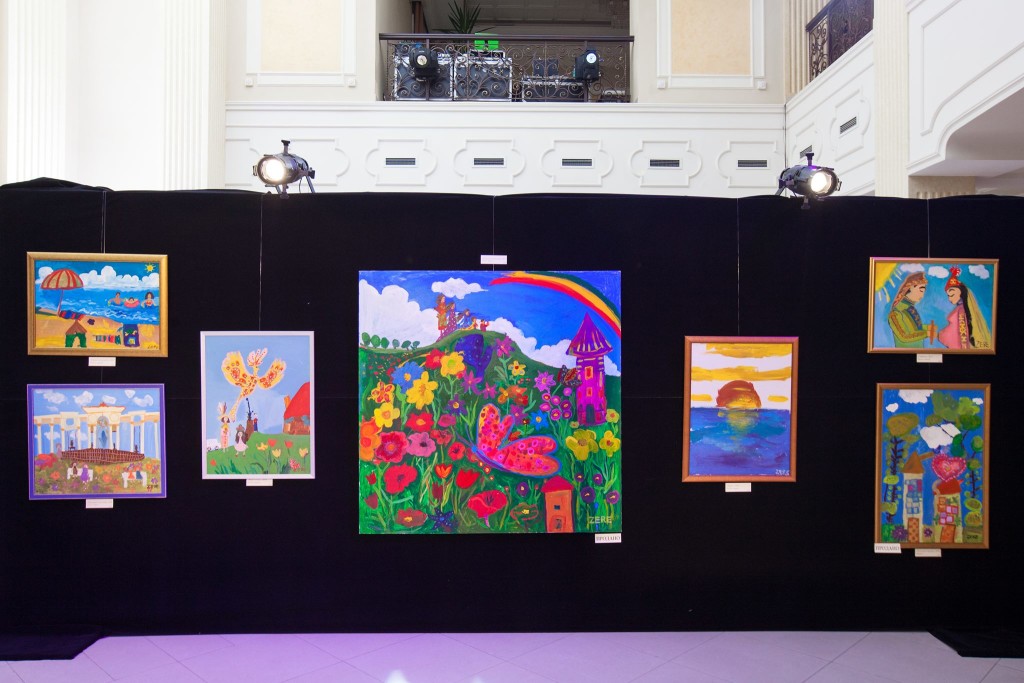 The foundation opened the city’s first room that year which specialised in the problems of children with visual impairments up to age seven. Gradually, the Dara team realised the need to open such classes in schools.

“We addressed the city akimat (administration) and they supported us. We opened a special class for students at school No.10 in Astana,” she added.

The first class, started in 2015, is for third graders. This year, the school will again welcome first graders.

“If there are no such classes in Astana, these children would have to go to boarding school in Karaganda. It would mean that parents have to leave work, move to Karaganda and send the child for five days to a boarding school. It is too challenging for children to be detached from the family,” said Aimurzina. 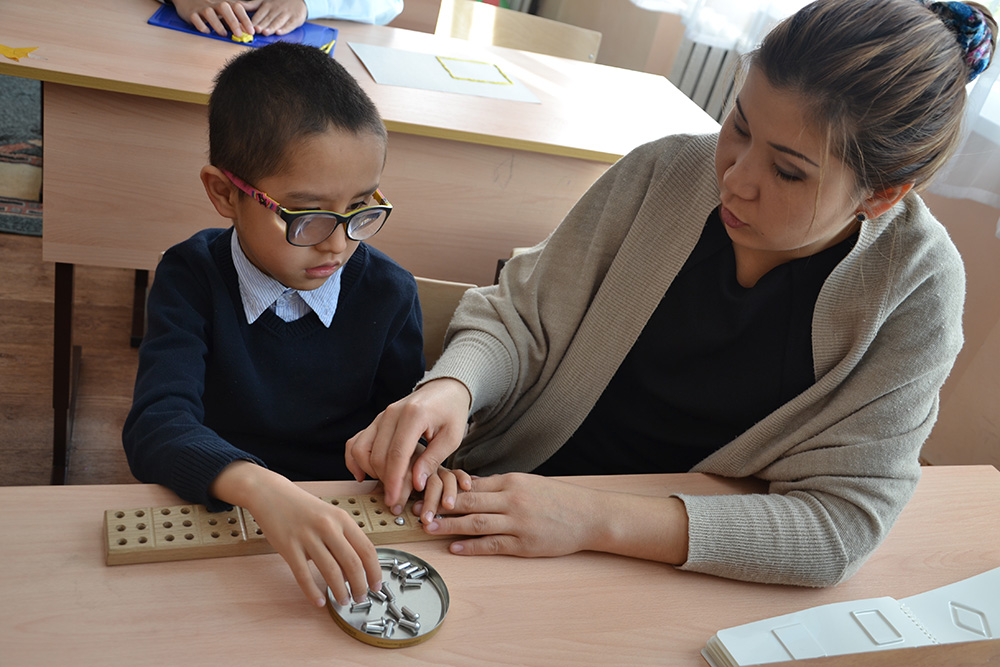 Special class for students with visual impairments at school No.10. Photo credit: dara.kz

Children with challenges develop improved social skills when they have the opportunity to remain in their native city and attend a special class in a regular school. The classes offer specific features and equipment, such as Braille training, and the school also has goalball courts, a sport adapted for those with visual impairments.

“Astana’ school No.10 is equipped with signal strips and children can safely move around the school. Besides opening the class, we organised an area for social orientation so that children could learn self-service. Now, our children are able to cook pies or make salads. In the future, our children will be independent citizens who will be able take care of themselves,” she added.

Following the example of the inaugural classroom, the foundation opened similar ones in Aktau and Aktobe. 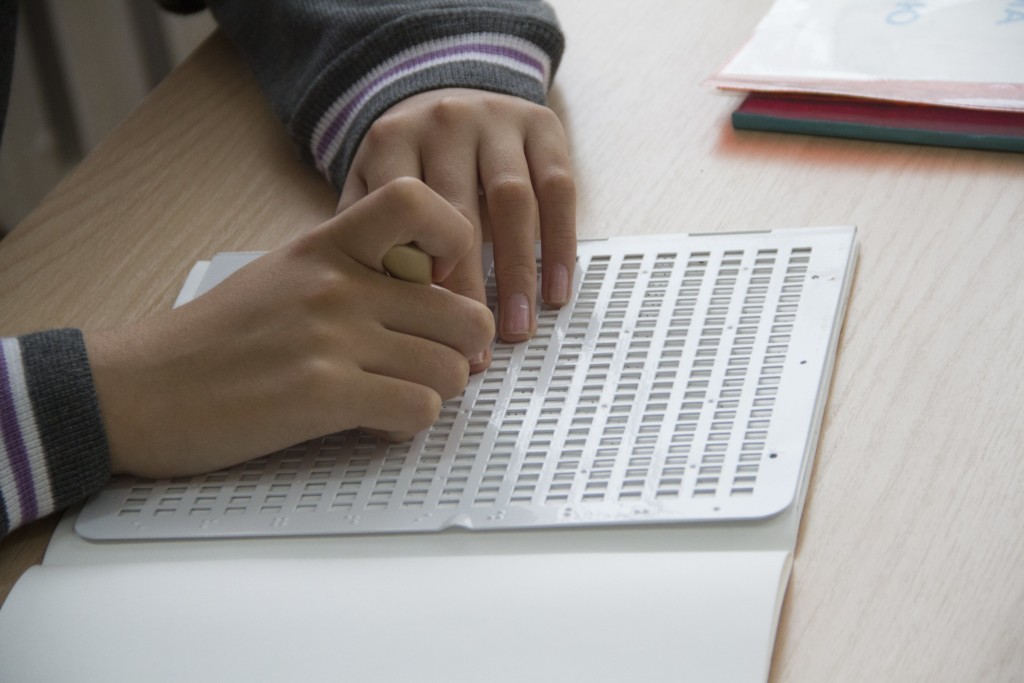 “There was a request, as the children had no adapted institution for their studies. Now, the foundation is working to open a special class in Kostanai school at the expense of our sponsor, the Global Link Company. Zere gathered funds at her exhibition to open a similar class in Kokshetau,” said Aimurzina.

Zere showed talent for painting when she was three years old and her designs are full of bright colours, said her parents. Her mother Aigerim Bektayeva, a member of Kazakhstan’s Association of Artists, helps her daughter develop her talent, according to holanews.kz.