By Anuar Abdrakhmanov in Sports on 17 July 2018 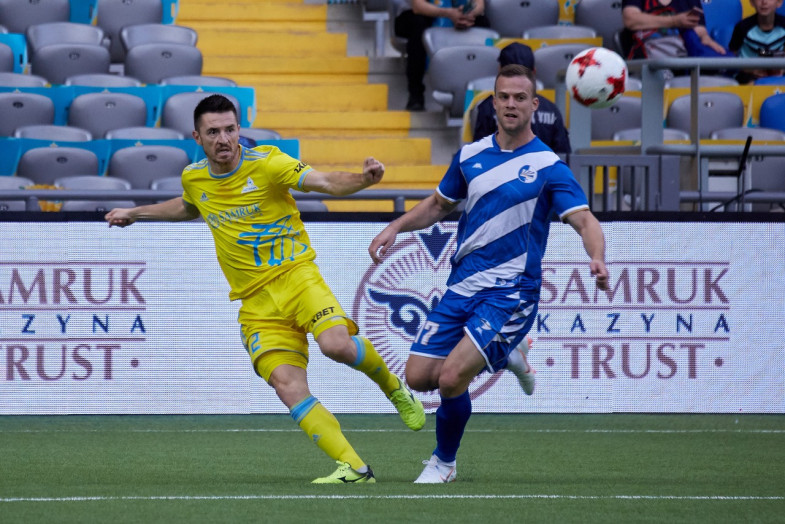 The Montenegro team started strong and were good on offence. However, several attacks by the Astana team resulted in a goal in the 29th minute. The referee assigned a penalty shot that was made by Astana defender Roman Murtazayev.

Astana continued to attack but was unable to increase their lead.

“Football is a real pleasure once goals are scored. If we had scored and additional one or two goals, the mood would have been much better. I agree that there were the moments when our footballers were inefficient at the end of the match, and it means a lot. We do not have reasons to be sad. We should thank God for the victory. Such matches can end up differently. It could happen that the opponent scores a goal, which is worse. However, our team managed to score a goal, won and estimated the opponent [correctly]. We will be prepared for the next match much better. So, we meet tomorrow with our heads held high,” said Roman Grigorchuk, head trainer of FC Astana.

“The thing is that our team won. Everyone expected that we would score 3-4 goals, but it is the Champions League and each team tries its best to win. For us, of course, it is important that we have won and did not let the opponent score a goal. I think that we will leave for Montenegro for a difficult match, and hope that we will advance,” said Antonio Rukavina, Serb defender of FC Astana.

On July 18, FC Astana will have a return match against FK Sutjeska in Montenegro. If Astana wins, they will play Danish FC Midtjylland in the second round.