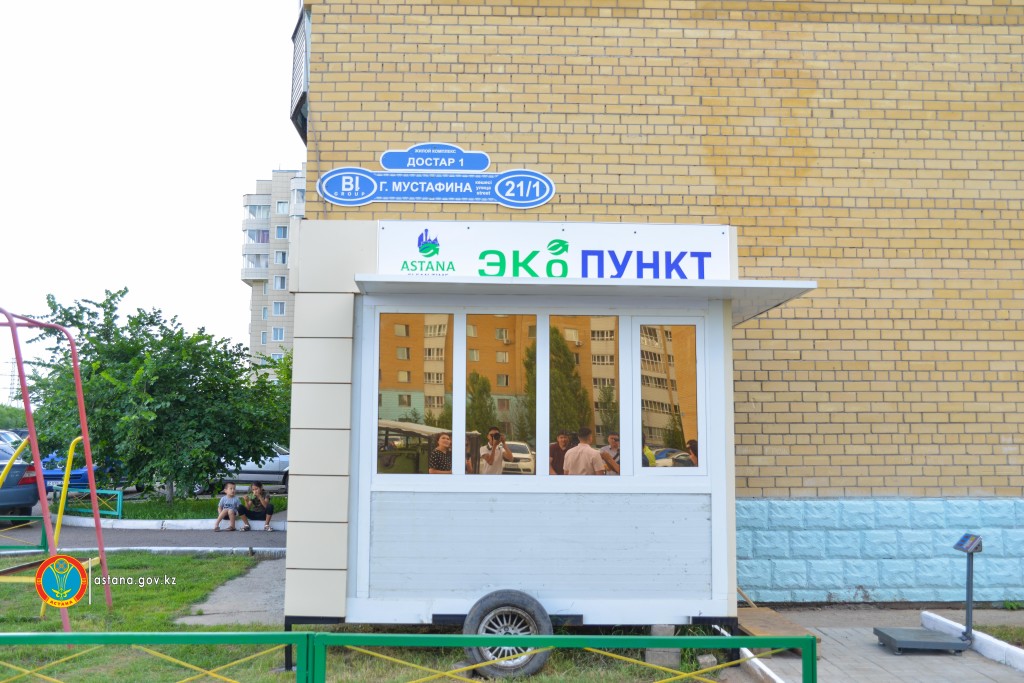 Astana Clean Time company has been running the Zhasyl Tandau (green choice in Kazakh) initiative since the beginning of this year. The Kazakh capital produces approximately 300,000 tonnes of solid domestic waste annually.

The collection points are set up near residential complexes, such as Northern Lights at 5 Dostyk Street, Dostar, Dostar-2 and Dostar-3 complexes at Mustafina Street, Arman Kala at 11 Uly Dala Avenue, Edem Palace at 66 Kenessary Street as well as Shapagat market located at 69 Bogenbai Batyr Avenue.

“We came up with the idea to install such collection sites in the beginning of this year. We studied the experience of other countries in introducing waste sorting and opted for the Japanese case. We have a person at each point who collects waste from people according to a price list. We employ mostly from socially vulnerable groups of population, pensioners and people with disabilities,” said Astana Clean Time Director Timur Ismagulov.

The eco points receive waste paper, cans, multi-colour and transparent cellophanes and glass items. People dropping off their waste at the collection points can earn between 20 tenge (US$0.058) and 70 tenge (US$0.2) for a kilogramme depending on the type of waste.

“We have nine sites across the city so far. Approximately 500 kilogrammes are collected every day at one eco point. We also purchased five eco cars that take the waste from the sites to a base site near the ‘Shanghai’ market. All waste is being recycled there. Those products that we do not recycle are sent to Almaty or Petropavlovsk,” said Ismagulov. 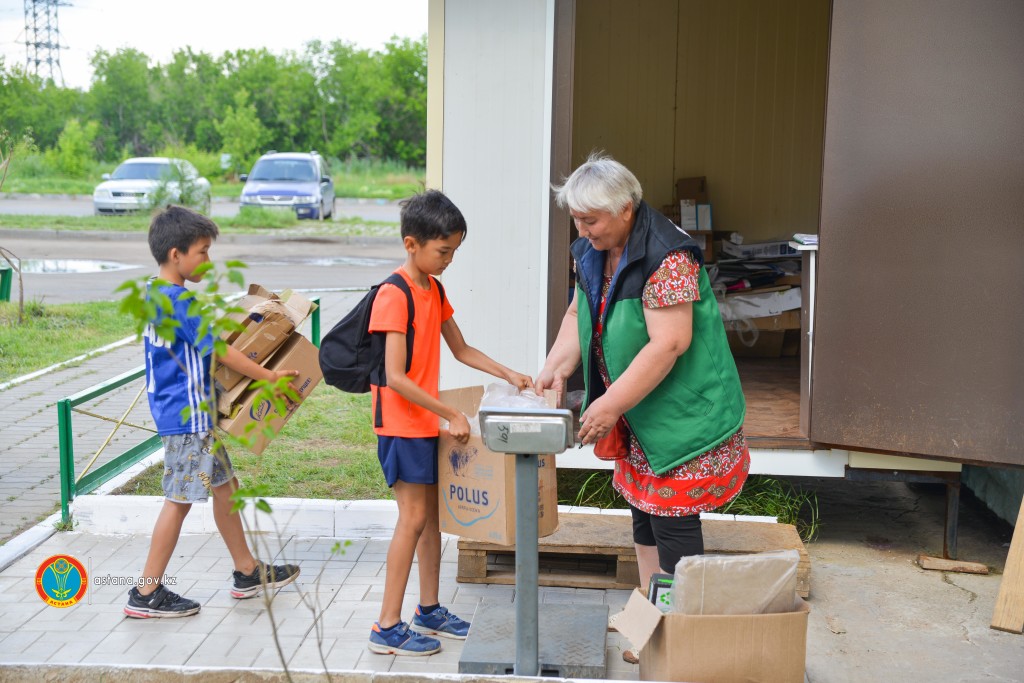 Most common items are paper cartons and bottles, he added. The company plans to expand the list of waste types they collect and set up 22 more points in the Kazakh capital.

The Zhasyl Tandau project is part of Astana’s recent efforts to protect the environment, develop a comprehensive waste collection and management system and stimulate waste recycling culture among residents, which is currently at its lowest.

The city akimat is installing 6,275 yellow containers at 2,070 container sites across Astana as part of a pilot project meant to organise the two-fraction, dry and wet, separate collection of solid household waste.

The yellow containers will be used to collect the dry fraction of recyclable solid household waste, such as metal, plastic, paper and glass.

“Many European countries are now shifting away from sorting waste in four containers, because it is very difficult. It is also difficult to keep four bins at home,” said Issekeshev in July.

While yellow containers are meant for dry waste, green containers will be used to collect food, organic and other non-recyclable solid household waste.

“The most difficult thing now is to explain to people that yellow containers are for dry waste and green are for wet waste. This will make our city cleaner,” he said.