ASTANA – An architectural exhibition and conference dedicated to the 20th anniversary of the Kazakh capital opened recently at Moscow’s famous Exhibition of People’s Economic Achievements. The event highlights the renewed capital, its achievements and business and tourism potential for the broader Russian and international community. 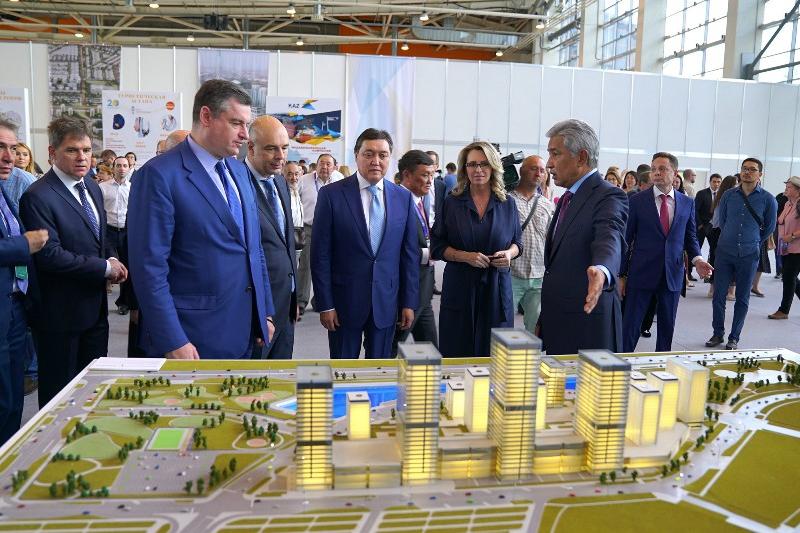 “In difficult socio-economic conditions, an ambitious task was set to build a new, modern metropolis that became a symbol of a renewed, independent Kazakhstan looking into the future. Following Astana’s example, all regions of Kazakhstan received a powerful development impulse,” said Kazakh First Deputy Prime Minister Askar Mamin at the opening ceremony.

Holding the exhibition in Moscow is symbolic, because Russia is Kazakhstan’s most important strategic partner and Kazakh-Russian relations model the way to develop bilateral relations in the 21st century, he noted. By the end of the year, Kazakhstan will completely refurbish its pavilion at the exhibition, restoring many of the elements that give the building its national flavour.

“Undoubtedly, the pavilion of independent Kazakhstan will become one of the key places to present the economic potential and rich cultural heritage of the country,” he said.

“There is no coincidence in that the events in honour of Astana’s 20th anniversary are held here in Moscow – the first of the Russian cities to become a sister city of Astana,” he said.

“We wish success in the development of Kazakhstan and its capital. We are all closely connected with each other, both economically and spiritually. I am confident that we will continue to develop our friendly ties both at the interstate and inter-capital levels between Moscow and Astana,” he added.

The four-block exhibit reflects the history of the city’s formation, its modern planning achievements, long-term goals for further development and investment potential. The concepts are presented with models, stands, photographs and sketches, interactive materials and presentations, as well as urban and private construction projects.

The display was accompanied by a conference on the capital’s urban and architectural policy. The participants, including Kazakh and Russian city specialists, discussed many of same ideas such as the capital’s unique and successful history, its current state, landmark objects and modern town-planning achievements, as well as long-term plans and investment potential.