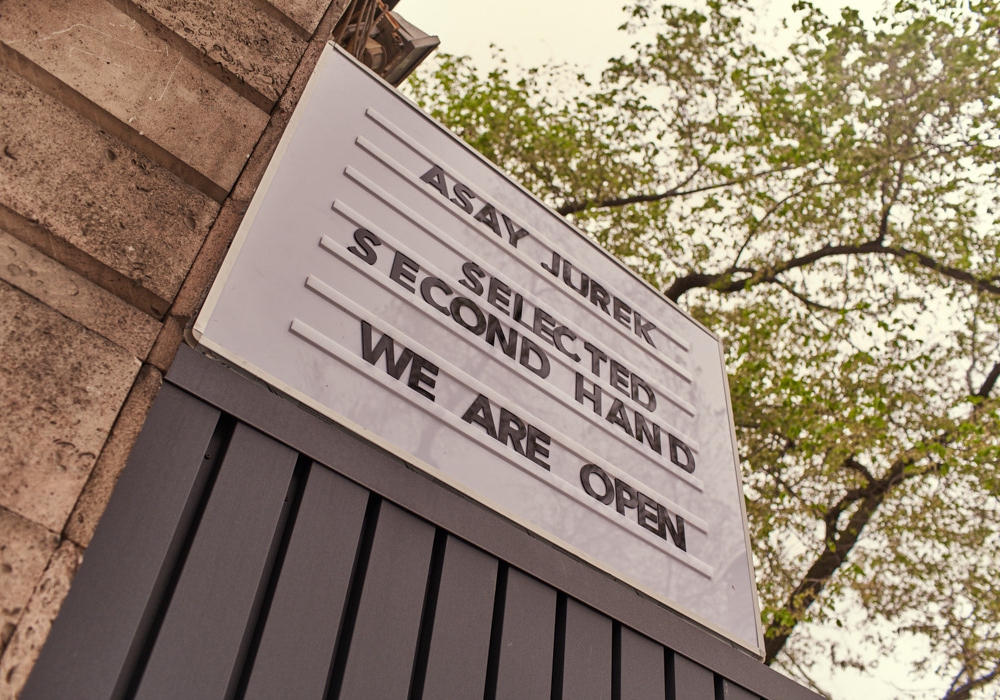 “We do not order containers with clothes from the prosperous countries of Europe… We accept clothes from people with a similar vision of the world and fashion. We want our city to start dressing a bit better and people to consume more responsibly and to treat things easier. I think everyone can find something here to his or her liking,” she said, according to the-village.kz.

The idea of ​​a progressive resale shop came to Anichkina two years ago, but the business was suspended due to new job and later, a long trip to Sri Lanka, according to buro247.kz.

“I have been interested in second hand and vintage shops for a long time, since my student years. I was always embarrassed and frustrated with our market; there was no big, well-thought second hand store with good clothes in the city. So, after returning to Almaty, I decided to do it myself, and Asaý Júrek appeared,” she said.

Asaý Júrek is designed for all ages. Anichkina followed the example of Wasteland, an American network of second hand and vintage stores that offer quality clothes from Topshop and Tom Ford to vintage. She initially collected items from friends and acquaintances, then expanded to city residents who sell their clothes to the store. Garments should be without significant defects and Asaý Júrek also accepts a limited number of shoes.

The team relies on its own taste to determine whether the clothes will be sold in the store, where shoppers can find items by Acne, Balenciaga, COS, Dior, Dolce & Gabbana, Kenzo and even Kazakhstan designers.

“It’s impossible to leave the shop empty-handed. Asaý Júrek is not only a store, but a venue for those who sell vintage clothes. We are open to various kinds of collaborations,” she said. “We make a contract with everyone who brings us clothes. A person can take the agreed amount of money or donate money to charity; we will work with specific [charities] and transparent funds that we want to support, for example, a children’s hospice.”