ASTANA – Bella Gazdiyeva, the 35-year-old akim (mayor) of the rural Rodina district, candidate in philological sciences, associate professor, member of the Assembly of the People of Kazakhstan and mother of two has been named one of the country’s 100 New Faces. For her, it is a great responsibility to be chosen as a mayor and be part of the national project. 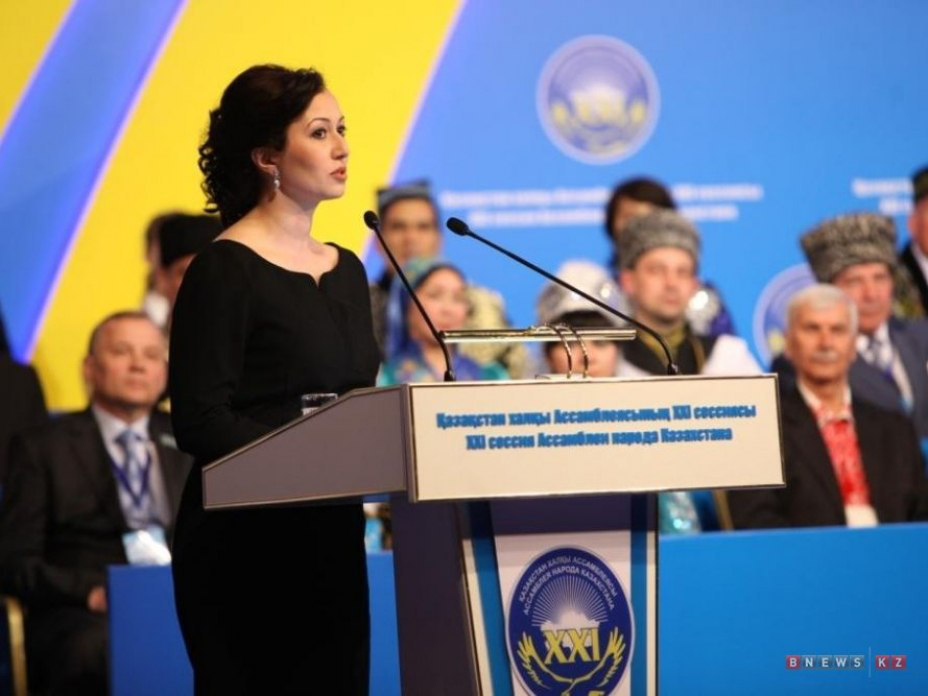 A recipient of the Bolashak Scholarship and an Erasmus Mundus scholar, Gazdiyeva has published 42 articles, four monographs (including three that were co-authored), two books, and three teaching tutorials. She has two copyright certificates and received further training at leading universities in Denmark, Finland, Great Britain, Russia and the United States. At 26, she defended her PhD thesis and received the academic status of associate professor.

Gazdiyeva’s career started as a laboratory assistant in the Russian Language and Literature Department at Kokshetau State University named after Shokan Ualikhanov.

“From the first year of my undergraduate studies, I dreamed of being a scientist and teaching at a university. Analytics and research have always attracted me. I realised that the world of science is unlimited and there is no place for biased evaluation,” she said.

During her term as Rodina mayor, a rural county in the Tselinograd district of Akmola region, Gazdiyeva set a strategic goal to improve the area’s social sphere. Her team launched robotics classes at schools, built a preschool conforming to modern standards, opened medical rooms and a hospital, conducted animal systematics, prevented the illegal purchase and sale of livestock and systematised and organised work to support the elderly and those with disabilities.

“Being a civil servant is not easy and it is about high responsibility. You have to feel the mood of the population, react to acute issues and work to confront challenges that your district faces,” she said.

“In March 2017, our students took second place at the regional competition in robotics. Also, within the framework of the scientific project that we won, we are going to open an engineering and language laboratory and entrepreneurship centre. It will allow our children to compete with students from urban schools,” she added.

“This year, our district seeks to establish a separate collection of waste. Our task is to practice proper collection, sorting and recycling of secondary raw materials. In November, I trained in the U.K. under Great Britain’s governmental scholarship. The internship theme was collecting, sorting and recycling of waste in rural areas. I want to apply that experience into practice here,” she said.

Gazdiyeva is the mother of Malika and Hussen. She mostly sees them between projects and her main job and tries to instil the values of hard work, perseverance and honesty.

“Today you can achieve anything, but you have to work hard. Whether it is related to your work, family, hobby or extra activities, it is impossible to achieve something without hard work and perseverance. Also, the most important thing is to be honest with yourself and people around you,” she said.

The Assembly of the People of Kazakhstan offered her candidature for the 100 New Faces project.

“For me, it is responsible to be a part of the 100 New Faces. The 100 New Faces are certain role models of Kazakhstan, whom people set as an example. Thus, you must remain a person who will act rightly,” she added.